Important findings from the Caroline diary 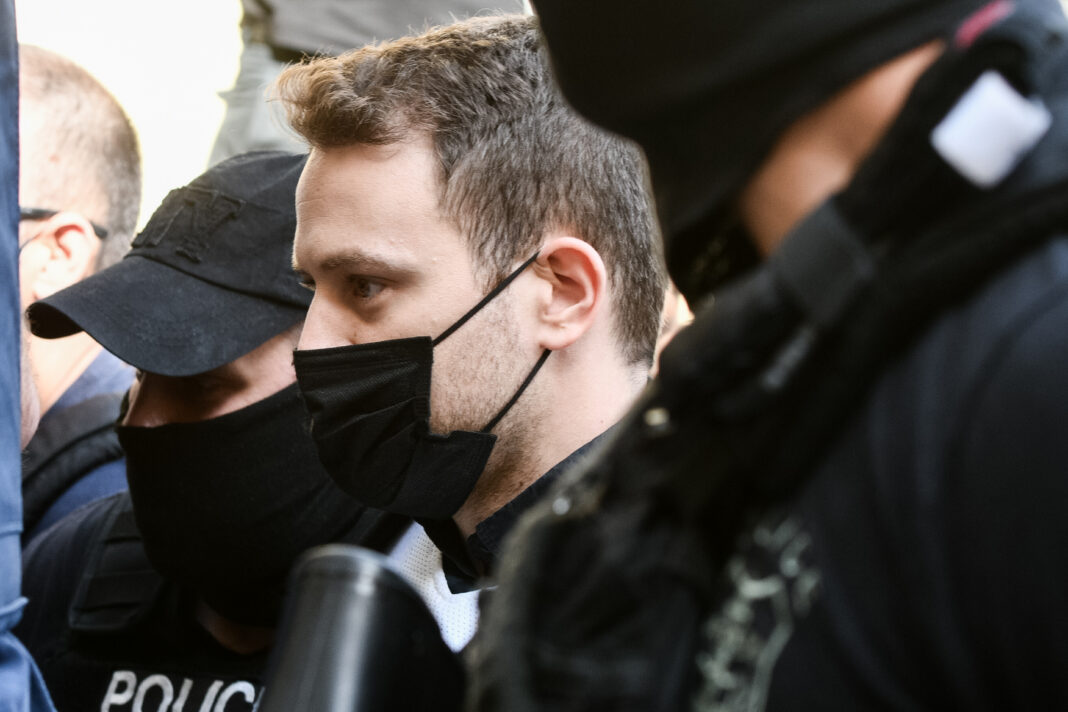 Important findings from Caroline's diary are included in the case file against the 33-year-old pilot who has confessed to the murder of his wife at their home in Glyka Nera.

The victim's notes show a troubled relationship between the couple with many moments of tension. However, in no case were these descriptions, as legal sources point out, capable of justifying the accused's criminal act or of τημα pressing for mitigation on the accused. On the contrary, according to the same sources, the unstable psychological state of the victim is captured, especially after the birth of their baby, as well as her strong feelings both towards her child and, finally, towards the perpetrator.

According to the forensic report, Caroline's death occurred between 4 and 5 in the morning, while it is concluded that it did not occur instantly but was agonizing.

What states what Security transmitter

Examined, the victim's mother testified that she had not noticed any particular problems in her daughter's relationship with her husband. On November 20, the couple went to a specialist to manage the miscarriage and complications of the second pregnancy. They stopped visiting the specialist on February 21st.

- A neighbor with the couple testified that at 4 and 20 in the morning she heard the dog crying and steps from the stairs of the maisonette from the couple's family. However, as she said, she was not impressed, she did not hear any voices, screams or barking of the dog.

- The search of the visual material of the cameras around the area did not reveal any suspicious movement or stop of a car or pedestrian.

- For home security camera in Glyka Nera: The last registration was at 12 and 26 in the morning. Three searches were found from the victim's mobile phone on the booking platform where Caroline was allegedly looking for hotels. These searches are between 00:37 and 00:38. Also, 31 notes were identified in the chronology from 15.11. 19 to 2.11.20 from which arise problems and tensions and thoughts of the victim to leave her husband taking with them their child. Under the microscope is the victim's biometric watch, as well as the defendant's mobile phone where steps are recorded during the time he was allegedly tied up.

According to the police, no evidence of the presence of other persons at the crime scene has emerged from all the pre-investigation material. It is also reported that the robbery described has characteristic similarities with the robbery of another colleague that took place in 2018 in Alepochori.

The Commander of the Attica Security Directorate, Lieutenant General Petros Tzeferis, spoke about a difficult case that the Police managed to carry out. during the presentation of the investigation of the murder in Glyka Nera.

"The case was difficult because there was no evidence and traces and the police are working with suspicions, they have to file lawsuits, that is, to firmly substantiate what he says," he said.

The fire in Rhodes was brought under control

The fire that broke out at 3 p.m. was brought under control, fortunately without causing much damage. on the island of Rhodes. The fire broke out near ...
Read more
GREECE

ECA: Account and collection of food for the victims of the fire in Varybobi

The Greek Red Cross - Ε.Ε.Σ. proceeds to open a bank account to support the fire victims and the homeless animals that were left homeless, with ...
Read more
SPORT CITY

In the Athletes Committee of the IOC Gasol and Pellegrini

Two of the biggest forms of world sports were elected today in the Athletes Committee of the International Olympic Committee. This is the Italian swimmer Federica Pellegrini ...
Read more
PRESS RELEASES

Emm. Karalis: We had a difficult time but my parents managed to send me to the Olympics

With a huge smile permanently painted on his face, perhaps the brightest in the event, Emmanuel Karalis still can not realize the ...
Read more
984

Lake Evia: In Rovies the authorities send the inhabitants to the beach - The port removes trapped citizens

The residents of Rovies are living very difficult times at the last moments, as the authorities invite the residents and the tourists to gather all in ...
Read more
News Bulletin Athens 9.84

Scattered re-ignitions in the area of ​​Varybombi, where according to emergency information from the sub. Civil Protection, Nikos Hardalia, in an initial estimate, 12.500 were burned ...
Read more
PRESS RELEASES

The players and the coach of the National Men's Polo Team declare that they are determined for a medal in Athens 9.84

After a shocking appearance, our National Men's Polo Team defeated Montenegro 10-4 and "closed" a place in its "4" ...
Read more