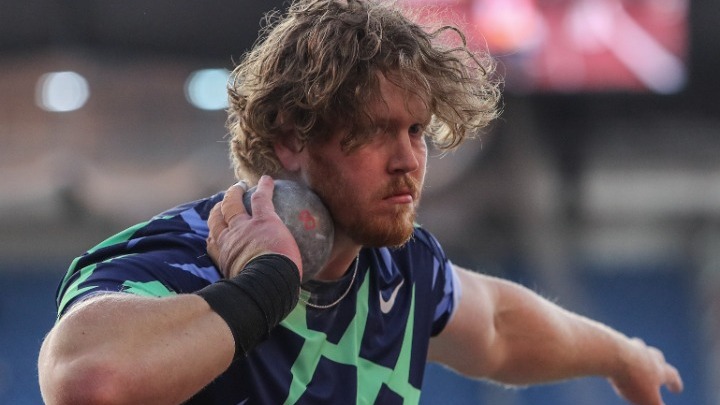 The American "gold" Rio 2016 Olympic shot put, Ryan Krauser, broke the world record by throwing 23,37 meters, in the US qualifiers for the Olympic Games in Oregon.

The 28-year-old Olympian surpassed the previous record of the American Randy Barnes (23,12), which he had held for 31 years.

At the same Games, 35-year-old Allison Felix, who has won 13 World Championship medals throughout her dazzling career, spent almost two decades trying to reach the Olympics for the fifth time, winning the 5 meters in 400 seconds, as the 51-year-old Carbin's daughter was watching from the podium.

The Mexican Ministry of Health announced yesterday Wednesday that in the previous 24 hours 611 patients with COVID-19 succumbed and 20.685 cases of ...
Read more
WORLD

The Italian government again demanded on Wednesday that the redistribution of refugees and migrants to the European Union member states proceed. The minister ...
Read more
WORLD

Israeli bombings at night in Lebanon

Israeli Air Force fighters carried out raids against areas in Lebanon from where rockets were fired against the territory of Israel on Wednesday, he said ...
Read more
COVID-19

Brazil: More than 20 million cases of the new coronavirus

The milestone of the 20 million officially recorded cases of the new coronavirus from the outbreak of the pandemic in its territory was exceeded yesterday, Wednesday ...
Read more
COVID-19

The British government announced tonight that as of Sunday, fully vaccinated travelers returning from France will not need to enter ...
Read more
COVID-19

The Biden government plans to accept only fully vaccinated travelers

The government of President Joe Biden is preparing a plan, based on which will be required by almost all foreign visitors to the United States ...
Read more