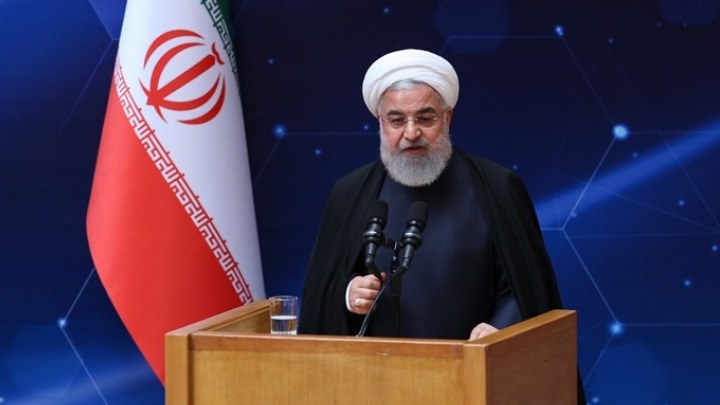 Iranians have elected a new president in the first round of elections, outgoing President Hassan Rohani said today, while his opponents congratulated the ultra-conservative Ibrahim Raisi without waiting for the official announcement of the results of the presidential election.

"I congratulate the people for their choice," Rohani said in a televised speech.

"Because it has not been officially announced yet, my official congratulations will come later, but we know who has gathered the votes in the elections and that he was elected today by the people," the outgoing Iranian president added, without naming the winner.

In their messages on Telegram, Twitter or through the Iranian press, Raisi's three opponents admitted his victory.

Moderate candidate Abdolnasser Hemati said in a letter: "I hope your government, led by Supreme Leader Ayatollah Ali Khamenei, will bring relief and prosperity to our nation," according to Iranian media.

"I congratulate the supreme leader, the Iranian people, and the one elected by the people, my brother Ebrahim Raisi," ISNA news agency quoted ISNA as saying.

The vote count in the presidential election held yesterday, Friday, in Iran continued this morning. The final results as well as the participation rate are expected to be announced before noon, at approximately 10:30 Greek time.

The untold disaster in Attica is in progress. The fiery front passed on the opposite side of the National Road Athens - Lamia. Appeal from ...
Read more
SPORT CITY

Messi shocked by his "divorce" with Barcelona

Lionel Messi will no longer wear the Barcelona jersey! It was something that no one expected, especially the fans, but also the people ...
Read more
984

The Prime Minister Kyriakos Mitsotakis chaired a wide-ranging government meeting at the Center for Civil Protection Operations to address the fires and the problems that have ...
Read more