Protesters against vaccines at the first concert of Foo Fighters 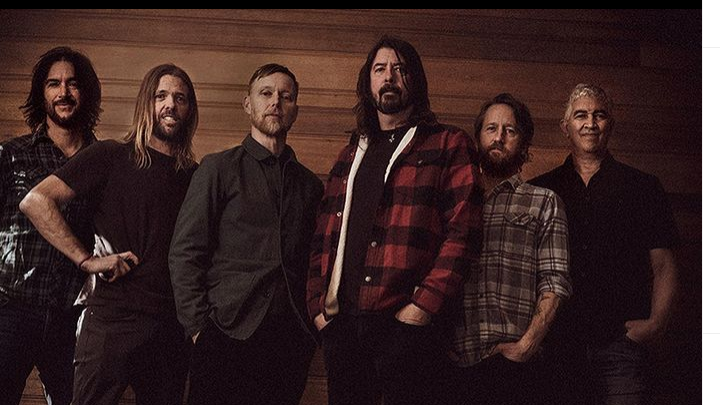 A group of anti-vaccines led by American actor Ricky Schroeder appeared at the first regular Foo Fighters concert on June 15 to protest the band's support for coronavirus vaccinations.

The concert took place at The Canyon in Agura Hills, California, and the band was required to show a Covid-19 vaccination certificate before entering the concert venue, which sparked anti-vaccine rage.

Shots of the protest showed protesters holding banners with slogans such as "Stop hatred in the vaccine debate" and "Modern Separation".
Actor Ricky Schroeder was in the crowd wearing a t-shirt with the message

"Say No to the Vaccine Passport" and held up a banner that read: "Manufacturers of COVID vaccines are exempt from liability."

"Dave Grohl is an ignorant punk who needs a slap in the face to support discrimination," the actor wrote in a social media post about the Foo Fighters singer.

"Ignorance in all shapes and sizes. "Curt Cobain laughs with Dave along with millions of patriots." he added, referring to the late Nirvana leader Dave Grohl.

The band will perform at Madison Square Garden in New York this Sunday and fans who attend will also need to have a vaccination certificate.

Some Foos fans expressed their dissatisfaction because the band only gives concerts to a vaccinated audience.

Two volunteer firefighters in the ICU of KAT

For two volunteer firefighters who are being treated at the KAT Hospital, and who were transported earlier in the afternoon from the fire in Kryoneri, the intubation was deemed necessary ...
Read more
GREECE

TRAINOSE: The itineraries in the section Athens-Chalkida-Athens are abolished until recently

Due to the traffic stop at the Athens-Oinoi railway section, routes 52 and 884, tomorrow, August 6, will be operated by buses from Athens to Oinoi ...
Read more
984

With an Act of Legislative Content that will be valid until Monday, August 9, it is forbidden in the whole country to move, pass or stay in forests, ...
Read more
984

Battle with the flames all over Greece - Settlements were evacuated in Evia, Ilia, Grevena, Messinia and Fokida

Revival of the fiery flame in Ilia, Evia, Messinia, Fokida and Grevena. "Ilia is being tested once again", he emphasizes in his message, on the occasion of ...
Read more
984

K. Mitsotakis: The difficulties are still ahead of us - Our priority is the protection of human life

"We are facing an extremely critical situation in our country. As, unfortunately, is the case in many other countries. After 10 days of heat we are called to manage ...
Read more
984

G. Majorkinis: Deaths and admissions to ICU increase - A 70-year-old wins 20 years with the vaccine

The total number of diagnoses for covid-19 infection in the territory remained stable last week, the pressure on the health system still shows signs ...
Read more