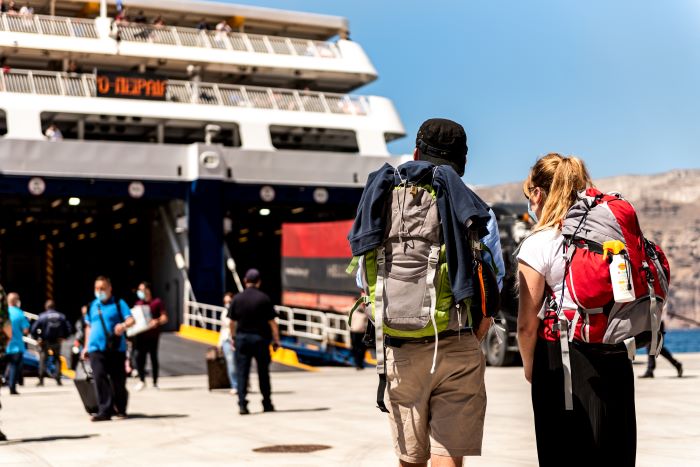 Increased traffic on the streets around the port of Piraeus due to the excursions of the three days of the Holy Spirit.

Most excursionists choose the islands of the Saronic Gulf and the Cyclades.

In the accommodation of the islands of the Saronic Gulf, increased bookings are recorded due to the three days of the Holy Spirit, said in Athens 9.84 the General Secretary of the Athens-Attica-Argosaronikos Hoteliers Association, Eugenios Vasilikos. However, as he underlined, speaking on the show "And around the city" and Giannis Theodosis, in Attica we have a drop that reaches 60% compared to last year and the good scenario will be the tourist traffic to reach last year's levels.

At the moment when the eyes are turned to the villages of Kechries that have been evacuated and to Daphne, where protection zones are being created, at least ...
Read more
COVID-19

Macron: Third booster dose for the elderly and vulnerable in September

French President Emmanuel Macron today confirmed that his government is preparing to launch a vaccination campaign for a third repeat vaccine against ...
Read more
GREECE

Kyriakos Mitsotakis goes to the areas affected by the fire in Ilia. Meeting in Maximou for the fires. It was decided the further active assistance of ...
Read more
984

Prosecution investigation into the catastrophic fire in Varybobi

The causes of the catastrophic fire in Varybobi will be investigated in the context of the preliminary examination ordered by the Athens Prosecutor's Office. Reason for the intervention ...
Read more