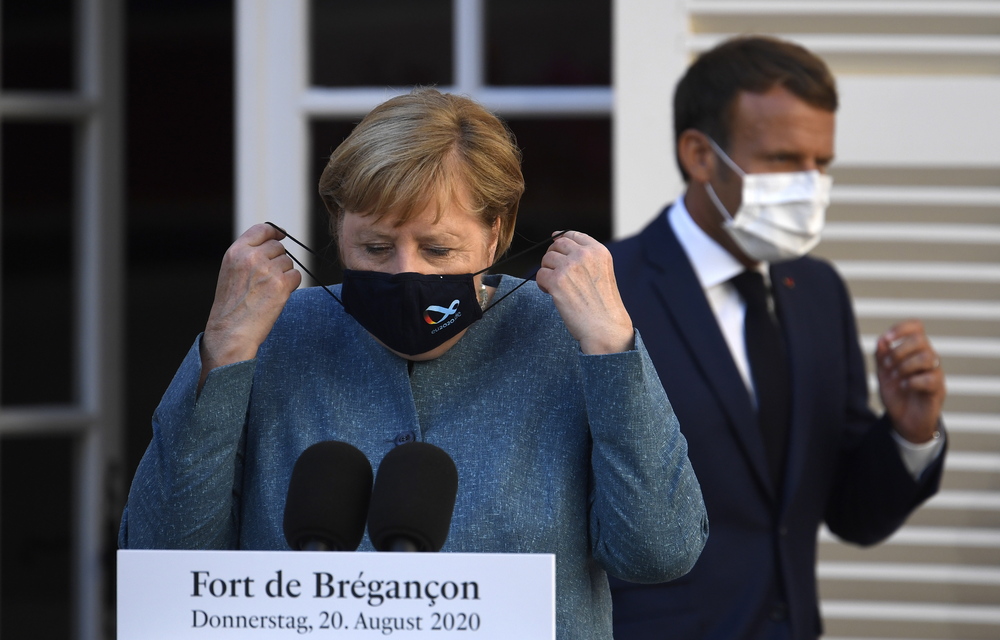 "Do not pretend that the pandemic is over," Chancellor Angela Merkel and French President Emmanuel Macron demanded, especially because of the Delta variant of the new coronavirus strain and possible new mutations. In fact, Mrs. Merkel was again critical of some "full stadiums" in matches of the European Football Championship.

"Germany and France have issued relatively strict regulations due to the spread (of variations) in Britain," Mr Macron told a news conference in Berlin earlier in the day, urging everyone to be "vigilant".

For her part, Merkel warned of the danger of "excessive carelessness" in the EU. "We can not pretend that the coronavirus is over," he said, adding that "there is much better coordination at European level today than in 2020. but not perfect. " He even referred to the case of Portugal, which is now re-imposing traffic restrictions.

The Chancellor also criticized the fact that some countries hosting matches of the European Football Championship allow the stadiums to be filled. "It is nice that 14.000 fans are allowed to be in the Munich stadium, but when I see full stadiums in other European countries, then I am a bit skeptical about whether this is the right answer to the current situation," he said. On the same subject, Emanuel Macron noted that the problem does not concern so much the teams and their staffs, as they live in a "bubble" with constant controls and strict measures, but the fans.

The Prime Minister Kyriakos Mitsotakis chaired a wide-ranging government meeting at the Center for Civil Protection Operations to address the fires and the problems that have ...
Read more
984

The fire in northern Attica has reached enormous proportions. Titanium fight is given by the strong firefighting forces. The fire passed on the opposite side ...
Read more
WORLD