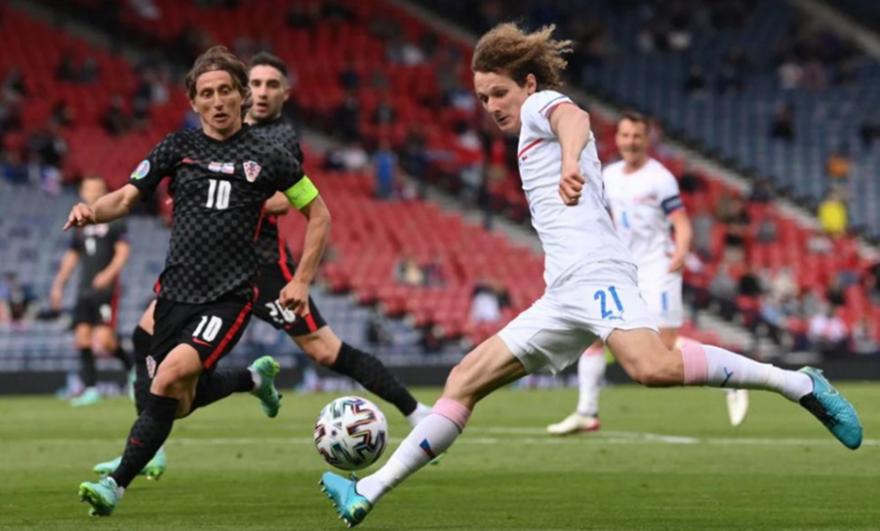 With Patrick Sick finding the net for the third time at this year's EURO 2020, the Czech Republic kept Croatia 1-1 and climbed to the top of the 4th group - of course, England's match against Scotland is expected at 22:00.

This result brings. Trouble to the Croatians, who with just one point after two games are in third place in the group.

In the 33rd minute, Lovren hit Sick with his elbow in an aerial duel and Del Thero Grande showed a penalty after a check in the VAR, with the Czech for scoring (37 ') and reaching the three goals in the institution! The typical home team reached 1-1 a few seconds later but Rebic missed from close range.

The second half started with the Croatians attacking more dynamically and reaching the equalizer only in 47 '! The scorer is Perisic, who caught a terrible shot from a side position through the area, defeating Vatslik.

Evros: Traffic ban tomorrow in forests of the area to prevent fires

A ban on traffic in forests and forest areas for the areas of the Alexandroupolis and Soufli forest offices will take effect tomorrow, by decision of the governor, as according to ...
Read more
WORLD

The death toll from the forest fires on the south coast of Turkey rises to eight, while the firefighters are fighting for a fifth day to ...
Read more
News Bulletin Athens 9.84

Difficult times for the island of Rhodes due to the fire that is in progress in the area of ​​Kalamonas. Both factories are out of operation ...
Read more
984

The fire that broke out shortly after 15:00 in an agroforestry area, between the villages of Soroni and Theologos in Rhodes, is raging. So far despite ...
Read more
984

EL.AS .: 30 complaints and 14 arrests for domestic violence in the last 24 hours

In the last 24 hours, the Hellenic Police Services handled a total of 30 complaints about incidents of domestic violence throughout the country, according to the Headquarters ...
Read more
WORLD

At least five people, including three Hezbollah members, were killed today in an ambush south of Beirut during a funeral ...
Read more
News Bulletin Athens 9.84

A fire is in progress in Paradisi, Etoloakarnania, which is burning a forest area. The villages of Paradisi and Perpati were evacuated as a precaution. Operating ground and air forces. Without electric ...
Read more