Glyka Nera crime: "I thought of disappearing the corpse so that my daughter would not lose her father" 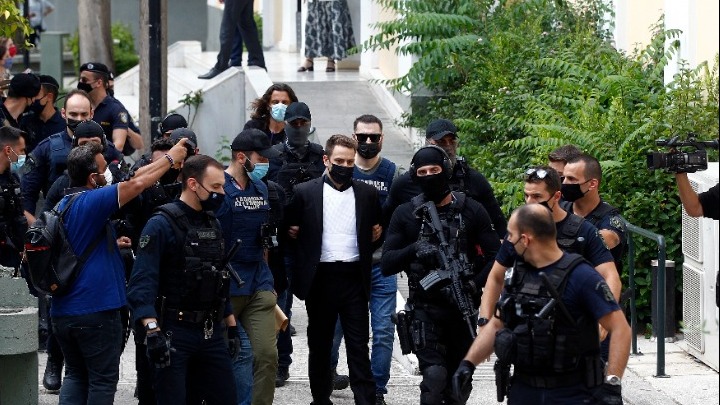 The 11-year-old pilot seems to have described what happened on the night of May 33 at their home in Glyka Nera as an accident during a dispute with Caroline in his pre-investigation apology to the police.

The accused for two crimes, in the last four with the police in which he confessed the crime against his wife, allegedly claimed that everything happened on his attempt to talk to her as the 20-year-old after the birth of their little daughter "had become aggressive ”.

According to information, the 33-year-old claims that what happened after the crime was an attempt by him, not with the aim of avoiding the consequences himself, but thinking that if his actions were revealed, his daughter would lose her father. "I was thinking of disappearing her body," he said, adding that he killed the 20-year-old's dog later to make the whole scenario he invoked credible. In fact, he characteristically said that he thought that "no one would believe that I could harm the dog".

The pilot reportedly told police yesterday, after hours of stormy questions, that he wanted to apologize "to the people I hurt." He also said that he knows that his apology "has very little value to those who were deprived of it".

"What I did is not justified"

As the accused allegedly said "what I did is not justified".

Caroline continued to shake, I held her tighter and tighter because I wanted to make her listen to me. She was shaking. Her face was on the pillow. I continued to hold her tightly in my arms until I realized that Caroline had stopped rocking. I lost them. I tried to wake her up. In vain. What would happen to my child? I thought of disappearing her corpse. To make it look plausible I had to hurt the dog. "No one would think I could hurt the dog."

The 33-year-old told the police that "I want everyone to understand that what I did afterwards I did so as not to lose Lydia and her father".