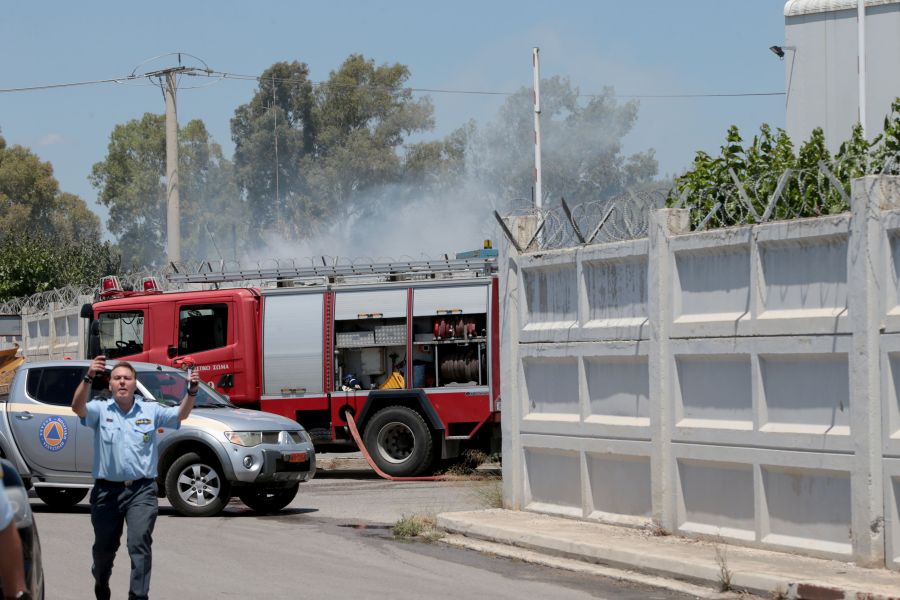 According to the Fire Brigade, the fire that broke out at noon in a propane tanker, on Panagia Faneromeni Street, in Neoktista, Aspropyrgos, was brought under control and spread to an industrial facility.

For precautionary reasons, the wider area was evacuated, while fortunately no injuries or traps were reported.

Earlier, for precautionary reasons, the wider area was evacuated, while the fire brigade was reinforced. By order of the head of the Fire Brigade, Lieutenant General Stefanos Kolokouris, a team from the Arson Crimes Directorate has gone to the area to investigate the causes of the fire. The Deputy Minister of Civil Protection and Crisis Management, Nikos Hardalias, also went to the spot.

A total of 42 firefighters attempted at the scene with 17 vehicles and 3 helicopters, one of which is coordinating.

It is noted that the fire caused damage to an adjacent building. No one has been reported injured or trapped, at least to date. 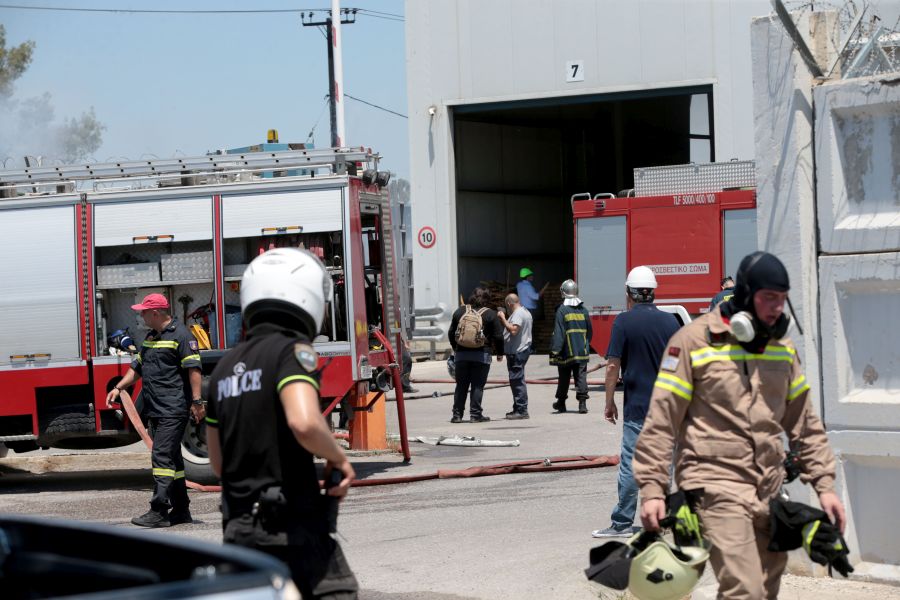 Notification "112" from the Civil Protection

An emergency alert has been sent to the residents of the wider area of ​​Aspropyrgos. The message received by residents of Aspropyrgos and Nea Liossia calls on citizens to take refuge in a closed building, close the windows and stay away from glass.

Specifically, the message states: "Take refuge in a closed building now. Close the windows and stay away from glass. Fire in an industrial facility, risk of explosion. Self-protection instructions: https://www.civilprotection.gr/el/biomihanika-atyhimata».

Reviving the fire in Adames

The Fire Brigade received an alarm after the fire re-ignited in Adames. According to initial estimates, the fire seems to have spread. Dimitris Perros
Read more
PRESS RELEASES

Ευθ. Lekkas in Athens 9.84: All these extreme phenomena will be a permanence from now on

For a prolonged difficult period and for extreme phenomena that the Authorities may have to face in August, which will follow ...
Read more
SPORT CITY

Christos Volikakis said he was disappointed with his performance in cycling, as he was limited to the 20th and last place in the Olympic tournament. Volikakis started in ...
Read more
COVID-19
Japan is expanding emergency restrictions due to the new Covid-19 coronavirus in order to cover at least 70% of the population, as an unprecedented increase ...
Read more
GREECE

F. Gennimata requested information about the fires from the Chief of the Fire Brigade

The president of the Movement for Change, Fofi Gennimata, asked the ...
Read more
984

The prime minister arrived in the fire-stricken Ilia

Prime Minister Kyriakos Mitsotakis arrived in the fire-affected areas of Ilia on Thursday afternoon. Immediately after his landing at the stadium of Makrisia, the prime minister ...
Read more
SPORT CITY

Christos Volikakis completed his presence at the Tokyo Olympics, finishing in 20th and last place in cycling, as he left in the last ...
Read more