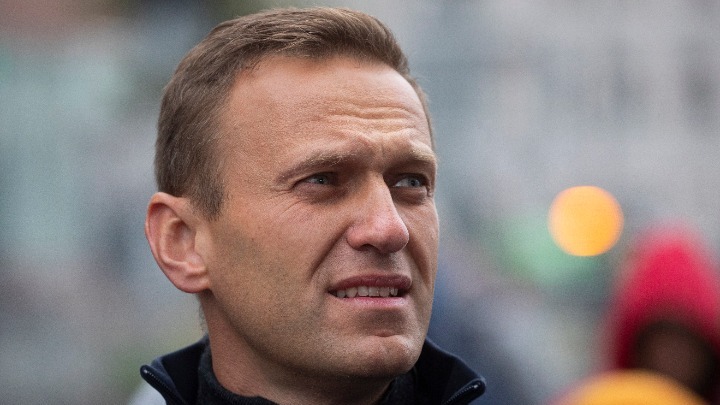 Imprisoned Kremlin critic Alexei Navalny today mocked Russian President Vladimir Putin for accusing him of knowingly breaking the law when he was in a coma in Germany.

Navalny was admitted to Germany last August after suffering a poisoning that German doctors later ruled was caused by a neurotoxic agent. Navalny was in a coma while on his way to Germany.

Putin said yesterday during a press conference after his meeting with US President Joe Biden that Navalny had deliberately violated the terms of his suspended prison sentence when he left for Germany. He also said that after his treatment in Germany he knew that if he returned to Russia he would be arrested and he did it because he wanted to be arrested.

Navalny, who is serving a two-and-a-half-year sentence for violating the terms of the suspended prison sentence, said in an Instagram post through his lawyers that he was transferred to Germany with Putin's approval at her request. of the German Government.

The Russian opposition politician even mocked the view expressed by the Russian president that he "consciously" left for abroad, while publishing in his post a photo that shows him being transported to the plane by stretcher. Referring to what the Russian president said in his interview, that he left for Germany consciously while in a coma and that the Anti-Corruption Foundation (FBK) published instructions on how to make Molotov cocktails, Navalny writes in his post that Putin "constantly lies" and "does not tell a single truth, even if he knows it will be revealed in a moment, he is lying."

The prime minister arrived in the fire-stricken Ilia

Prime Minister Kyriakos Mitsotakis arrived in the fire-affected areas of Ilia on Thursday afternoon. Immediately after his landing at the stadium of Makrisia, the prime minister ...
Read more
SPORT CITY

Christos Volikakis completed his presence at the Tokyo Olympics, finishing in 20th and last place in cycling, as he left in the last ...
Read more
News Bulletin Athens 9.84

The causes of the catastrophic fire in Varybobi will be investigated in the context of the preliminary examination ordered by the Athens Prosecutor's Office. The occasion was publications, ...
Read more
GREECE

At the moment when the eyes are turned to the villages of Kechries that have been evacuated and to Daphne, where protection zones are being created, at least ...
Read more