Countdown to the Dior show in Kallimarmaro - The first photos 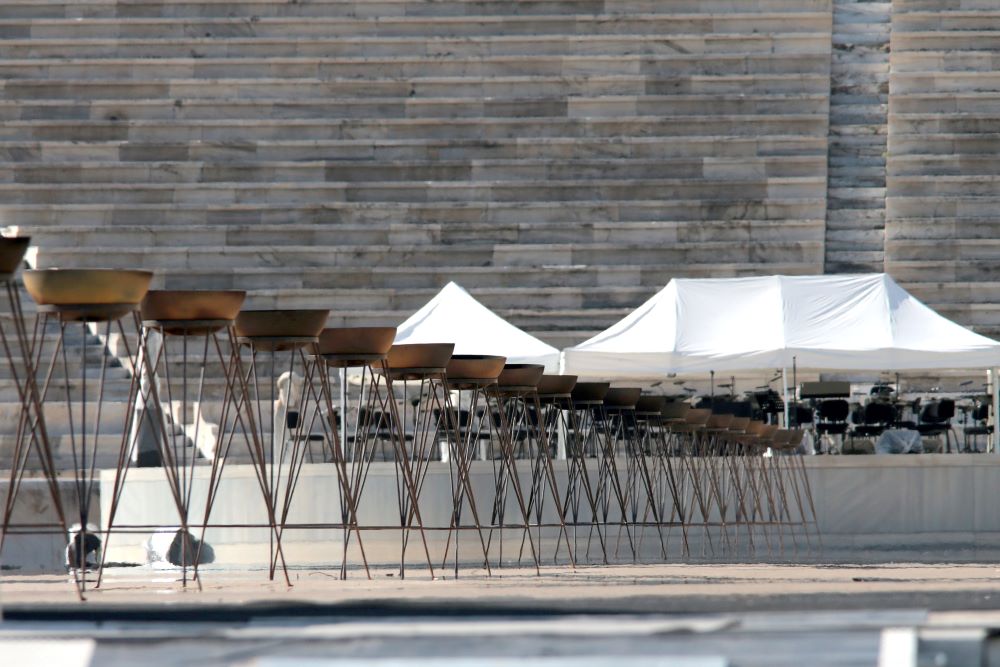 Feverish preparations from early in the morning at the Kallimarmaro Stadium for the organization of the event "DIOR CELEBRATES GREECE", today Thursday 17 June 2021 at 21.00, during which the clothing collection "Cruise 2021" of the French house Dior will be presented.

At the request of the house for photography and filming in archeological sites, the competent councils had given a positive opinion, when the unique creations of the House will be immortalized in the Acropolis (only photography), in the Herodion, in the Ancient Agora, in Sounio and in the ancient Nemea. 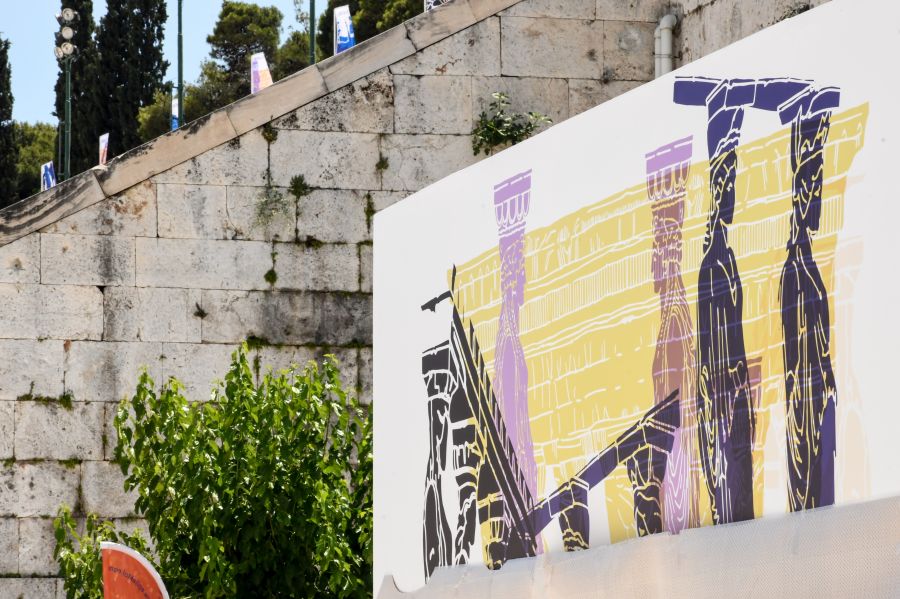 The spotlights of the spectacular event in Kallimarmaro will light up at exactly 21:00 for 400 lucky guests and international celebrities who received the coveted invitation of the House.

Millions of viewers and social media users will be able to, through live streaming which will be available on all social media the fashion house Dior, to watch from the Kallimarmaro Stadium the "Dior celebrates Greece", with which the French house will celebrate the 200 years since the beginning of the Greek

According to the material submitted to the competent councils by Dior, the unique creations of this event will be prepared in Greece with Greek fabrics and raw materials, by Greek and Greek craftsmen and creators, with the aim of promoting the Greek tradition and talent at the same time. and the know-how of the Greeks in this field. In fact, the officials of the House visited Museums and archeological sites in Greece to study the position of women in Ancient Greece and the myths about female deities.

The 9th place in the final ranking in the category of Laser Radial boats, at the 32nd Summer Olympic Games in Tokyo, was occupied by Basel Karahaliou. Although the ...
Read more
GREECE

Another incident of domestic violence occurred, this time in Ialyssos, Rhodes. According to ELAS, late last night, a 47-year-old man initially threatened with a knife ...
Read more
ECONOMY

The Minister of Culture and Sports, Lina Mendoni, conducted an autopsy on cultural projects in Naxos, as part of her tour of the Cyclades. Lina Mendoni performed ...
Read more
GREECE

M. Chrysochoidis: Very improved image of the fire in Achaia

"Today's much improved image of the fire is a result of the coordinated and very big effort of the Fire Brigade, the Police and all its forces ...
Read more
IT HAPPENS IN ATHENS

EKPA research on waste reveals changes in the habits of Athenians in the first lockdown and is presented in an article in a scientific journal. At work...
Read more
News Bulletin Athens 9.84

For a much improved image from the fire in Achaia, result of the great effort of the fire brigade, the police and all the forces, the minister spoke earlier, ...
Read more