The talks between the presidents of Russia and the United States, Vladimir Putin and Joe Biden, lasted just over three hours at the Villa le Grande in Geneva, although part of the time was interrupted by a meeting between the two leaders, which continued in extended composition and stopped at 6.05 Greek time.

Footage broadcast by Reuters shows the American president leaving Villa La Grange and making a gesture of approval, before getting into the limousine that was waiting for him.

Biden is expected to give a press conference and then leave for Washington.

In a press conference given by Vladimir Putin He described his meeting with Joe Biden as constructive, calling him an "experienced politician". 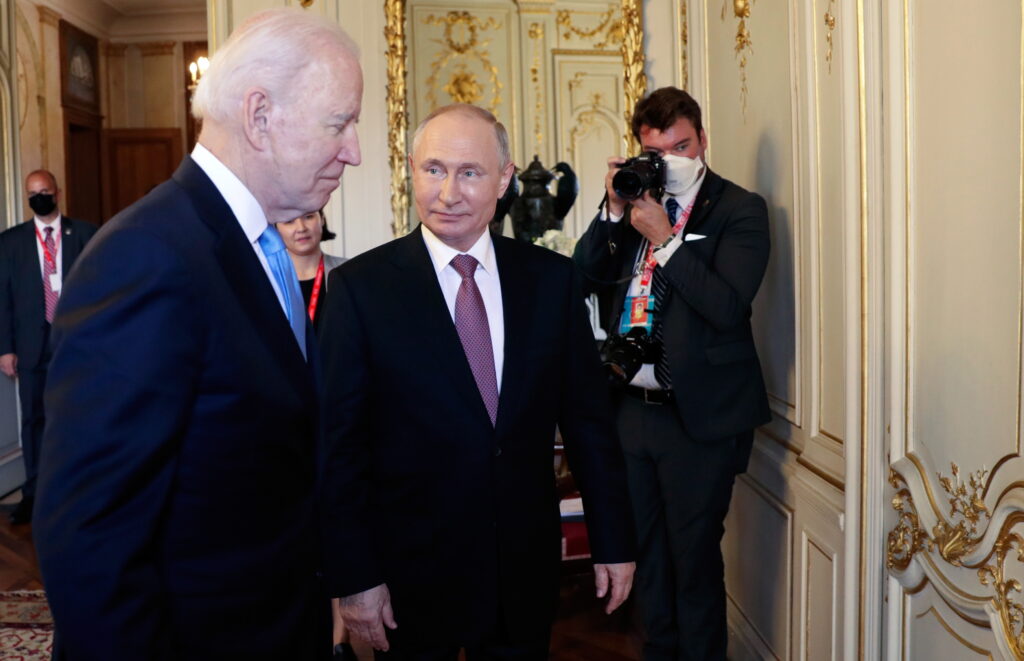 The enlarged meeting began in the Yellow Room of Villa La Grange with the participation of delegations. The Russian side was represented by Russian Foreign Minister Sergei Lavrov and his deputy Sergei Ryabkov, spokesman for Russian President Dmitry Peshkov, Russian President Yuri Usakov's adviser and Chief of Staff. Gerasimov Russia's Deputy Foreign Minister Dmitry Kozak and the Russian president's special envoy for the settlement of the Syrian crisis, Alexander Lavre, were also invited to the summit, respectively, for talks on regional issues concerning Ukraine and Syria.

The ambassadors of the two countries, Anatoly Antonov and John Sullivan, also attended the summit. 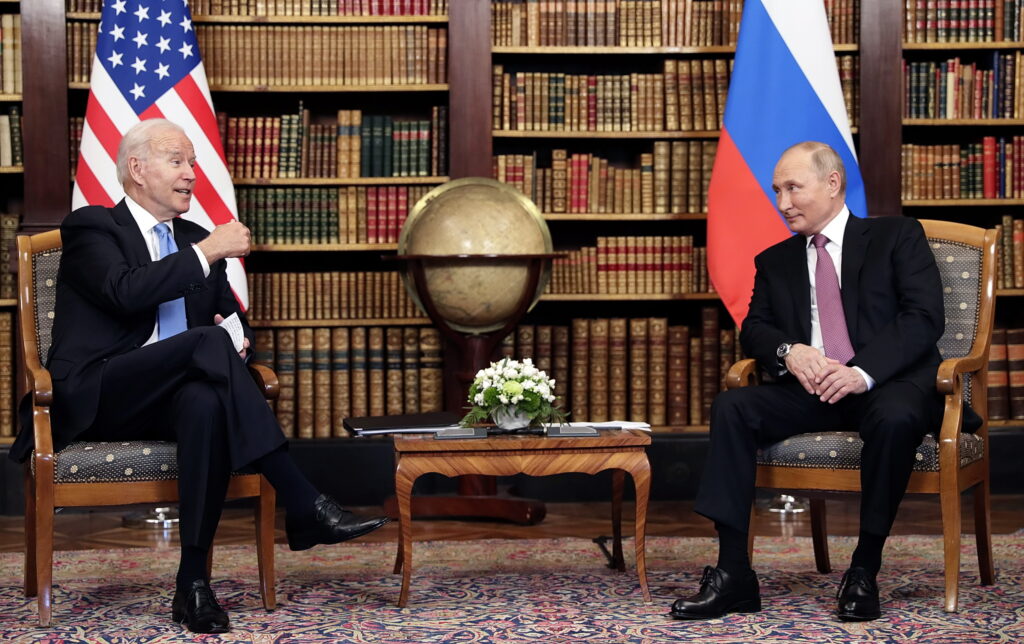 An indication of the strained relationship between the two sides is the fact that no lunch will be served and the two leaders will then give separate press conferences, instead of a joint one.

"They will not agree," a senior US official told reporters as Biden flew to Geneva.

The meeting started at 13.00 local time (14.00 Greek time) at Villa La Grange, an elegant villa in a park of 300 acres. Russian President Vladimir Putin arrived in Geneva at 13:27 Greek time and went to the mansion where the summit was held.

Such as notes in his analysis the CNN the first session of two leaders is one of the most critical tand in recent years, and not just because relations between the two nations - which together account for 90% of the world’s nuclear weapons - have aggravated at its worst since the end of the Cold War.

The two presidents will meet in Geneva for talks that resonate with previous historians controversies, and while the two countries are at a strategic crossroads whose direction must to be defined correctly,  that to prevent a catastrophic escalation on a new battlefield - in cyberspace.

The talks are also a critical political test for him  Joe Biden because they reflect the overall challenge facing new US presidency, the struggle for the preservation of the Republic, which is under siege at home and abroad.

The talks, in neutral Swiss territory, are the culmination of his first trip Biden as President abroad. A trip he used to rejuvenate her Euro-Atlantic relationship and yes declare the new her fight defense of the political values ​​of the West

Putin was the first to arrive at the mansion, where the two leaders met with Swiss President Guy Parmelen before beginning their conversations in the library with historical, leather-bound books - many of which are written in Chinese, French, Persian or Turkish.

Biden and Putin were accompanied by US Secretary of State Anthony Blinken and Russian Foreign Minister Sergei Lavrov, as well as interpreters.

In the usually quiet city, 3.000-3.500 police and other members of the security services have been deployed.

Among the thousands of authors whose works are housed in the mansion is Charles Picté de Rosmon, the Swiss diplomat who drafted Switzerland's declaration of neutrality - one of the possible reasons why Geneva was chosen for this summit.

Memories from the Geneva Summit in 1985

The weather in the Swiss city that November may have been cold, but relations between Washington and Moscow then began to warm up as the US president and Soviet leader met on neutral ground.

Back in 1985, "the atmosphere was relaxed; they both had something to seduce the other side," recalls former AFP correspondent Didier Lapeironi, who covered the two leaders' conversations.

"At the same time, we all knew it was a historic moment."

And yet this meeting was preceded by something that could have been interpreted as a bad omen.

Shortly before President Reagan arrived at one of the venues of the summit, a Swiss soldier in the honor guard, exhausted from the bitter cold, fainted.

Six years before the break-up of the Soviet Union, the 1985 Geneva Summit focused on de-escalating the nuclear arms race between the two superpowers in the hope of improving East-West relations.

That three-day meeting was covered by 3.500 journalists.

Nicolas Bourgeois, who was at Geneva airport to cover Reagan's arrival on behalf of AFP, recalls that there was a pervasive sense of "joy".

"There was a sense of relaxation," he recalls.

Chat by the fireplace

One of the most memorable photos from the Summit was the one with the two strongest men on the planet sitting in their armchairs, by the fireplace and smiling at each other, as if watching two old friends talk.

Equally good was the mood of their husbands, Raisa Gorbachev and Nancy Reagan, who chatted over tea with the photographers in front of them.

Marie-Noel Blessing, who was in charge of attending the AFP Spouses program, recalls seeing Gorbachev visit the UN headquarters in Geneva to greet staff at the UN, where she was greeted with loud applause. ”.

Another sign that the ice was melting was the first handshake between Gorbachev and Reagan, which lasted seven seconds.

The historic moment took place in front of the 19th-century Villa Fleur d'Eau on Lake Geneva.

Today this villa is for sale.

The handshake took place in front of the eyes of photographers and journalists, who were waiting in the garden in the bitter cold.

As the Americans had chosen the grand mansion for the first day of the summit, Reagan was the first to arrive to greet Gorbachev, "looking very cheerful," said Claude Smatza, a former deputy director of the Swiss television network TSR. present.

"Immediately you saw the very American, very Californian side of Reagan shaking Gorbachev's hand and putting his other hand on the Soviet leader's shoulder to lead him into the room and there was an exchange of smiles. "They both wanted to show that they felt very comfortable," the journalist recalls.