Nobel laureate G. Stiglitz: The world captive of Germany and the vaccine patent 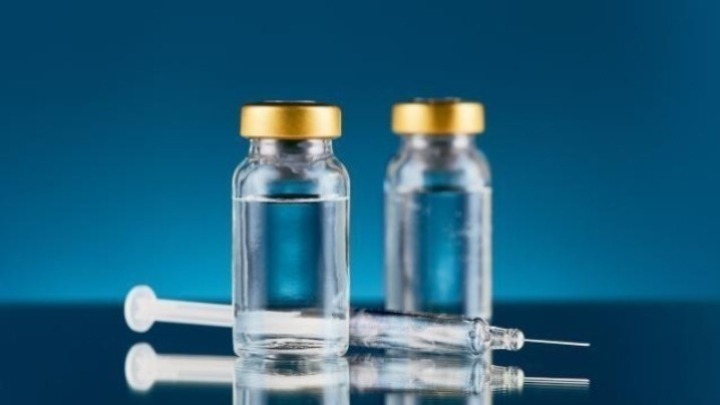 Former World Bank chief economist Josef Stiglitz is calling on the federal government to temporarily lift the patent for the coronavirus vaccine developed in Germany, because its rigid stance holds the whole world hostage.

"The deliberately complicated network of patents, copyrights and business secrets must be abolished. "This is necessary in order to increase the production of vaccines, to be able to adequately protect the world's population and to stop the spread of the virus, especially in the poorest countries," Stiglitz wrote in an article published in the weekly newspaper. Die Zeit ».

"Most industrialized nations have long agreed to make an exception for the vaccine. But it is the German government in particular, led by Chancellor Merkel, that opposes a solution. The financial cost of this headache will be huge, not to mention the loss of life. "With its rigid position, Germany is on the wrong side of history and is essentially taking the whole world hostage."

On the issue of removing patents for coronavirus vaccines, the discussion focused mainly on the companies of the most sought after mRNA vaccines, including the German company Biontech. While US President Joe Biden is in favor of lifting, the German federal government is in favor of supplying ready-made vaccines to the poorest countries.

"The claim that developing countries do not have the capacity to produce coronavirus vaccines contains completely racist and neo-colonial allusions. Germany needs to reconsider its position quickly. "Especially because the German chancellor is in danger today of undermining her good global reputation and perhaps even her political legacy in the last phase of her 16-year term," Stiglitz also wrote in the Hamburg newspaper.

The G7 countries decided this week to distribute 2,3 billion doses of the vaccine to poorer countries by the end of next year. Given the fact that the world population is eight billion people, some experts, including Joseph Stiglitz, consider that number to be insufficient.

That is why the eminent economist concludes in his article: "Until the German side changes its position, the pandemic will rage uncontrollably."

The water supply in Eastern Attica has been completely restored

EYDAP has carried out a complete restoration of the water supply in Eastern Attica, with the assistance of HEDNO. According to an announcement by EYDAP, the water supply of ...
Read more
GREECE

Measures to protect against smoke and particulate matter

According to the World Health Organization, the ignition of organic fuel releases into the atmosphere various pollutants such as carbon monoxide, nitrogen oxides (NOx), ...
Read more
GREECE

The fire in Varybobi created its own weather, showing extreme fire behavior. When the forest fire broke out, at noon (13:25) on Tuesday at the foot ...
Read more
GREECE

The agony is peaking in Lake Evia, as the fire is raging on four main fronts at the moment and there is a lack of help from the air ...
Read more
IN 1821 IN 1 '

Athanasios Diakos was initiated into the Friendly Society: "This chief is the apostles of the Society wandering in Eastern Greece, Drossos Mansolas, Zarifis and others ...
Read more
SPORT CITY

Panagiotis Mantis and Pavlos Kagialis took eighth place in the final ranking of 470 at the Tokyo Olympics. The bronze Olympians of ...
Read more
SPORT CITY

The Belarusian sprinter Krzyszina Tsimanuskaya left Tokyo for Austria on Wednesday after leaving the Polish embassy, ​​where she had ...
Read more

Images of destruction - Active fronts in Varybobi, Thrakomakedones and Tatoi - The atmosphere in Attica is suffocating

The fire that broke out at noon on Tuesday in Ano Varybobi is in full swing. Active fronts were located in Vaubobi, Thrakomakedones and Tatoi. With...
Read more
IT HAPPENS IN ATHENS

The big fire from Varybobi has now reached near the Historic Cemetery of Nea Erithraia and two fire brigades are operating together with volunteers. The front is ...
Read more
IT HAPPENS IN ATHENS

The fire is raging in Varybobi, which has taken on great proportions and has already caused great destruction both in the forest and in houses, ...
Read more