Tomorrow the Mitsotakis-Von der Layen meeting and the presentation of "Greece 2.0" 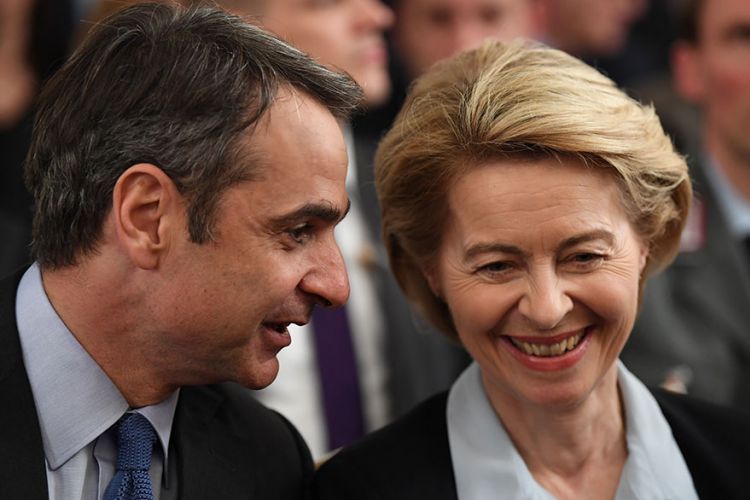 The Prime Minister Kyriakos Mitsotakis will have a working breakfast with the President of the European Commission Ursula von der Leyen at 10.00 in the morning, at the Maximos Palace.

At 10.50, the Prime Minister and the President of the European Commission will go to the Ancient Market and then make statements.

In the same space, the actions of the National Recovery and Sustainability Plan "Greece 2.0" will be presented through connections with various parts of Greece, followed by a discussion between the Prime Minister and the President of the European Commission with citizens.

They will be presented:

-The action of the Underwater Interconnections by the Minister of Environment and Energy Costas Skrekas and the Secretary General of Energy and Minerals Alexandra Sdoukou.

-The action of Reforestation by the Deputy Minister of Environment and Energy George Amyras.

-The action of the Digital transformation of education by the Minister of Education and Religions Niki Kerameos.

-The action of the Digital transformation of the state by the Minister of Digital Governance Kyriakos Pierrakakis.

-The action of the Upgrading of the skills of the human resources by the Commander of OAED Spyros Protopsaltis.

The event will be attended by the Deputy Minister of Finance Theodoros Skylakakis and the Management Team of the "Greece 2.0" program.

Giannis Antitokoumbo completed last season's being a champion with the Milwaukee Bucks and MVP of the finals against the Phoenix Suns, making the ...
Read more