The digital certificate Covid-19 was voted in favor by ND, SYRIZA, KINAL 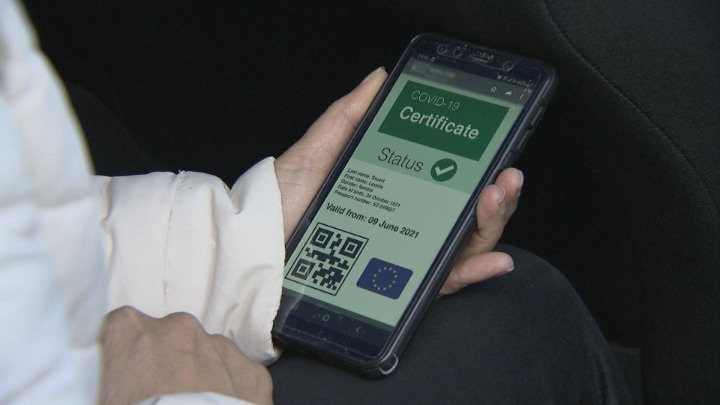 The bill for the ratification of the PNP for the introduction of the digital certificate Covid-19 and more specific guarantees for the protection of personal data were approved by an overwhelming majority in the Plenary Session.

ND, SYRIZA and KINAL were in favor, while KKE, EL.LY and MERA25 voted against it.

"The Covid-19 digital certificate for facilitating the movement of citizens, which was an idea of ​​the Greek Prime Minister Kyriakos Mitsotakis, introduced by the EU, is a positive sign for Greece, and will enable the promotion of tourism and at the same time Greek economy "underlined the Deputy Minister of Digital Government, George Georgantas, emphasizing that" it is very important that the digital certificate is made quickly and with absolute reliability ", while he characterized" miserable the opposition criticism that was heard against something good and positive that will enhance tourism of the country and the Greek economy ", as he said.

"This denial is not worth it to the Greeks who are trying and fighting for a measure proposed by Greece and adopted by the EU, in order to facilitate the citizens in their movements and to strengthen the tourism", stressed Mr. Georgantas and attacked SYRIZA accusing him of not acknowledging his mistake, of having made a wrong assessment of the digital certificate. "Let me remind you that Mr. Tsipras had characterized the proposal of the Greek Prime Minister as a certificate of immaturity, while it turned out that Greece is a pioneer. "We should not look at it narrowly partisanly because the people want the country to innovate and give examples", the Undersecretary of Digital Government characteristically underlined. He also spoke of the need for "substantial mobilization of all to convince those who are still skeptical that the vaccine is the only weapon against the pandemic."

"Today, the prime minister called on them all to join forces. The government is asking everyone to submit proposals for a substantial recovery of the country's economy. Do not start with miserable reviews and references in the past. Let us not underestimate a significant success that concerns the whole of Europe because it started with the Greek Prime Minister and Greece. Because this positive development honors all Greeks. "And tomorrow it is certain that our MEPs in the European Parliament will be proud that an idea of ​​Greece has been implemented", said Mr. Georgantas.

"We must inform the people properly and not misinform. "The Covid-19 digital certificate was made with the help of the Personal Data Protection Authority, which agreed that the measures for the security of the citizens are sufficient", concluded Mr. Georgantas.