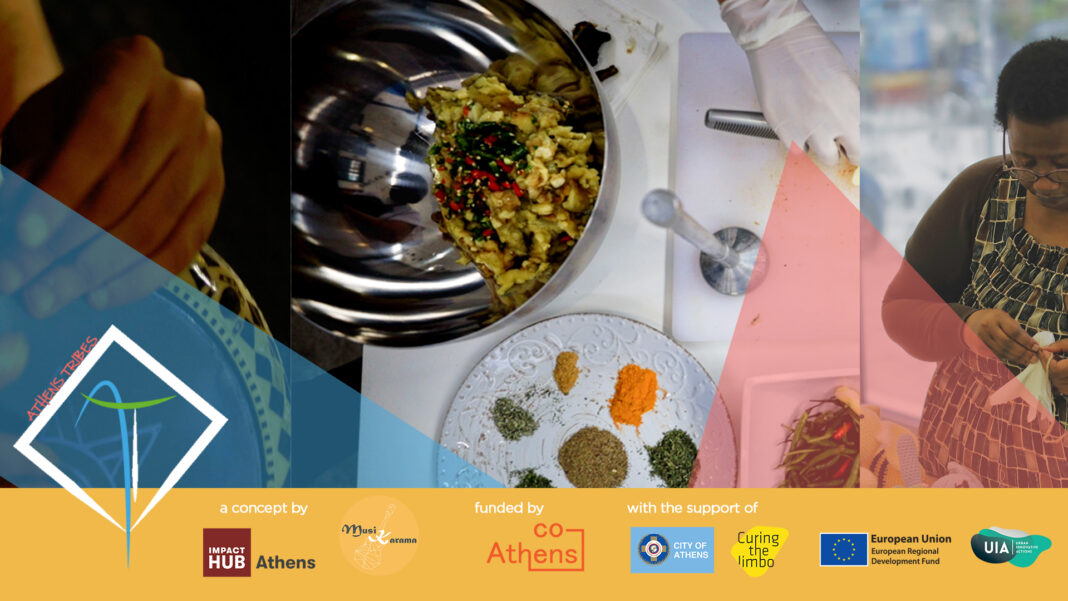 Meet the tribes of Athens

An emerging outdoor exhibition with 5 wooden installation boxes, which highlight the traditions of different cultures through art, music, food and dance, will be set up in Rozan Park, in Neapoli Exarcheion, on June 11, 16 and 17, 2021, from 6.00 pm. until 9.00:XNUMX p.m.

The reason for it Athens Tribes, a joint action of Impact Hub Athens, Musikarama, ethnic groups of Athens and Curing the Limbo, of the Municipality of Athens, which, with the vehicle of the culture and civilization of each place, aims at the smooth integration of refugees and immigrants, the interaction between them, while encouraging the interaction with the general public. 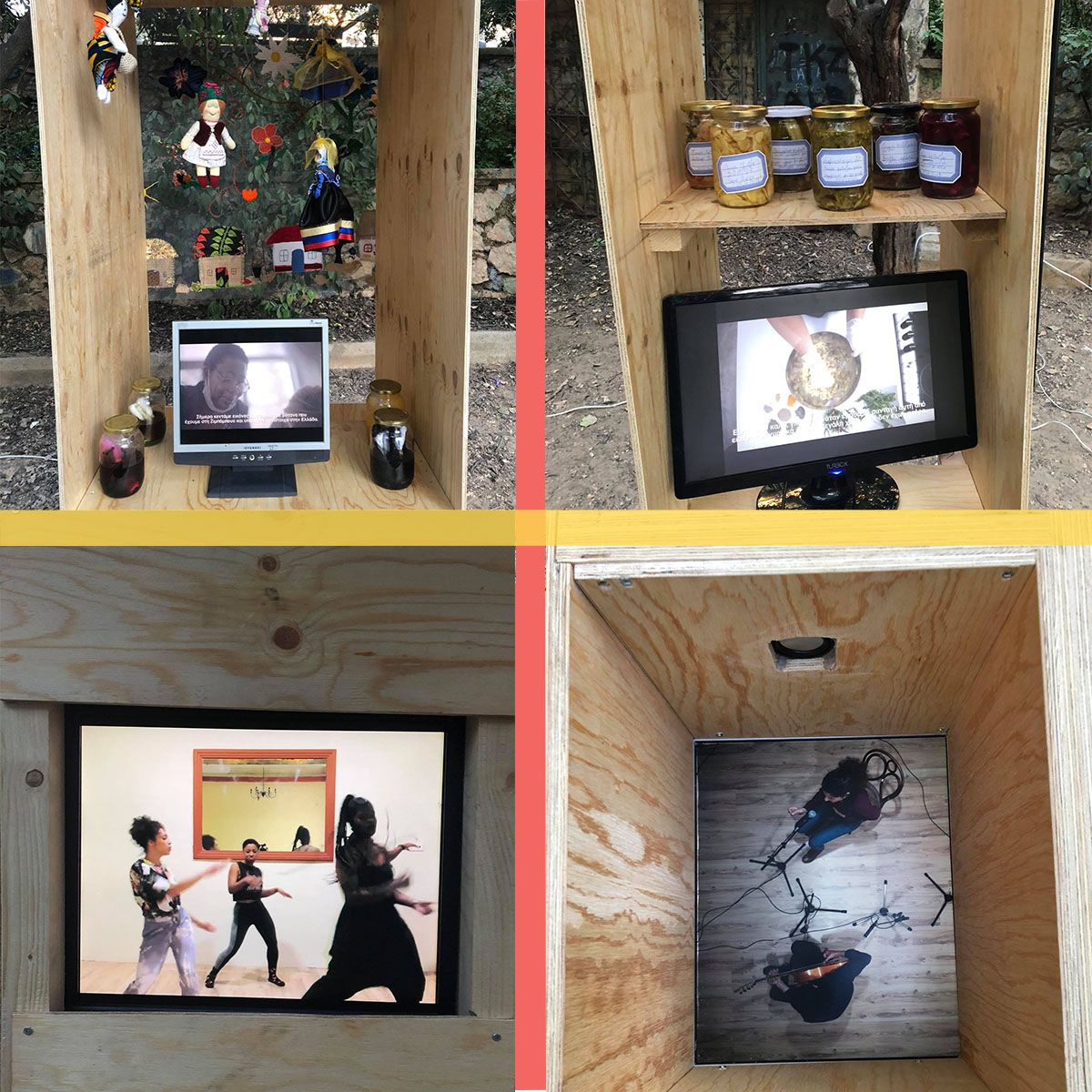 "We designed a series of workshops, which resulted in the open-air exhibition in Exarchia", he explains to Athens 9.84, η Phoebe Konstantinidis from Impact Hub Athens. "We met with members of communities from Ukraine, Zimbabwe, Ethiopia, Iran, Russia but also from Greece and we designed exhibits with four cultural themes: dance, music, gastronomy and the arts, with the aim of redefining the identity of Athens, which is multicultural.

"Was created a common embroidery with flowers from all countries where participants embroidered simultaneously, were manufactured fabric dolls with traditional clothes and patterns from each country, 6 traditional pickles, to be presented in the exhibition, whose recipes were filmed. Alongside Musikarama together with communities from Iran, Syria, Senegal, Spain created videos from the dance and music workshops, with sounds from around the world. The artistic productions were turned into audiovisual material for their projection in the open-air exhibition of Athens Tribes ". 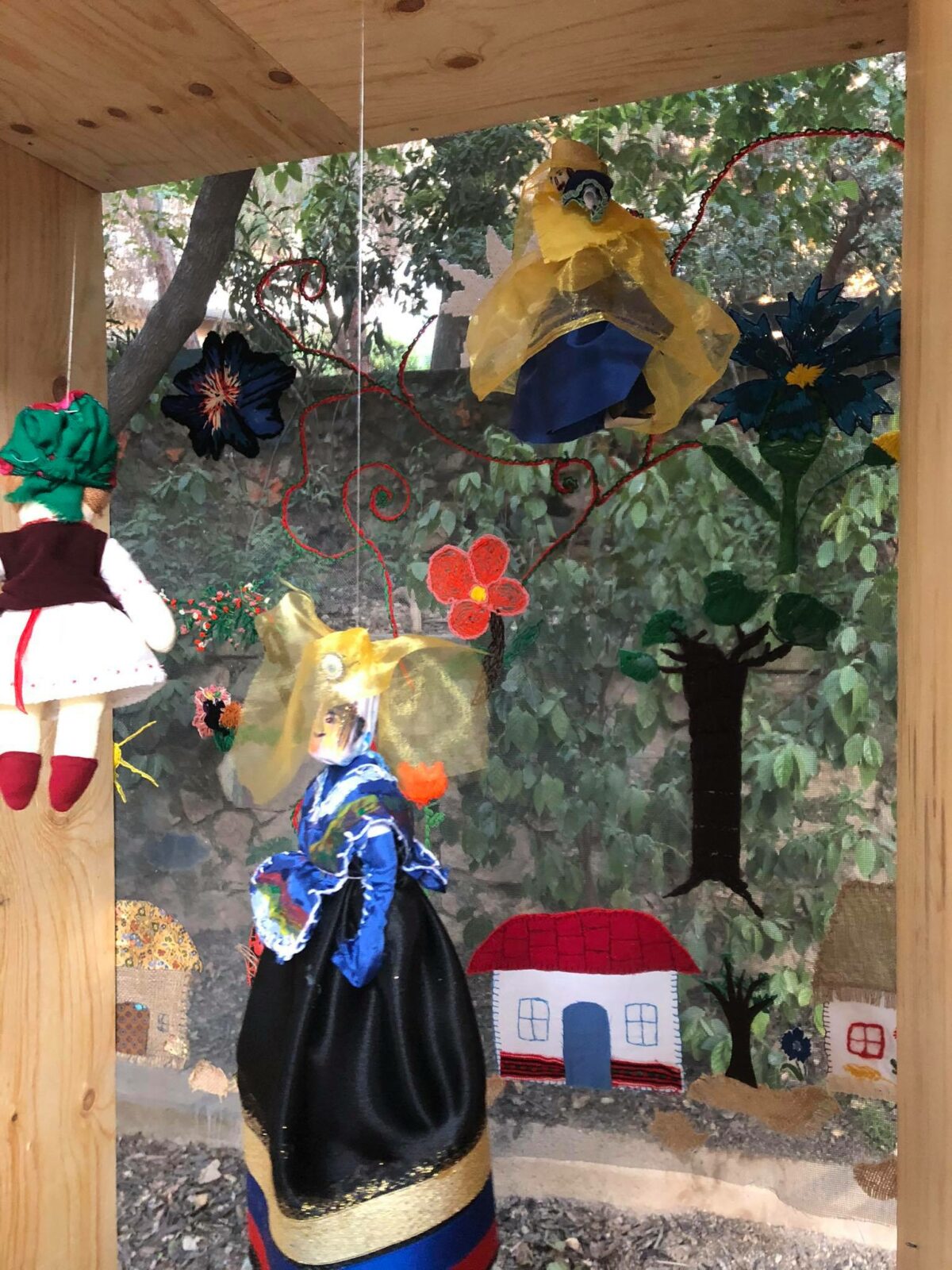 Call to the Athenians

"We also invite visitors to participate in the exhibition by bringing their own work, for example, a handmade doll or a pickle or a recorded story or song from their place of origin," he said. Ms. Konstantinidis. «On June 17 at the end of the exhibition there will be a relaxed music event, by Musikarama, and whoever wishes to play with them bringing his instrument. It will also take place a workshop on dyeing fabrics with the Tie Dye technique, using natural colors, such as beetroot, also open to the public to participate. 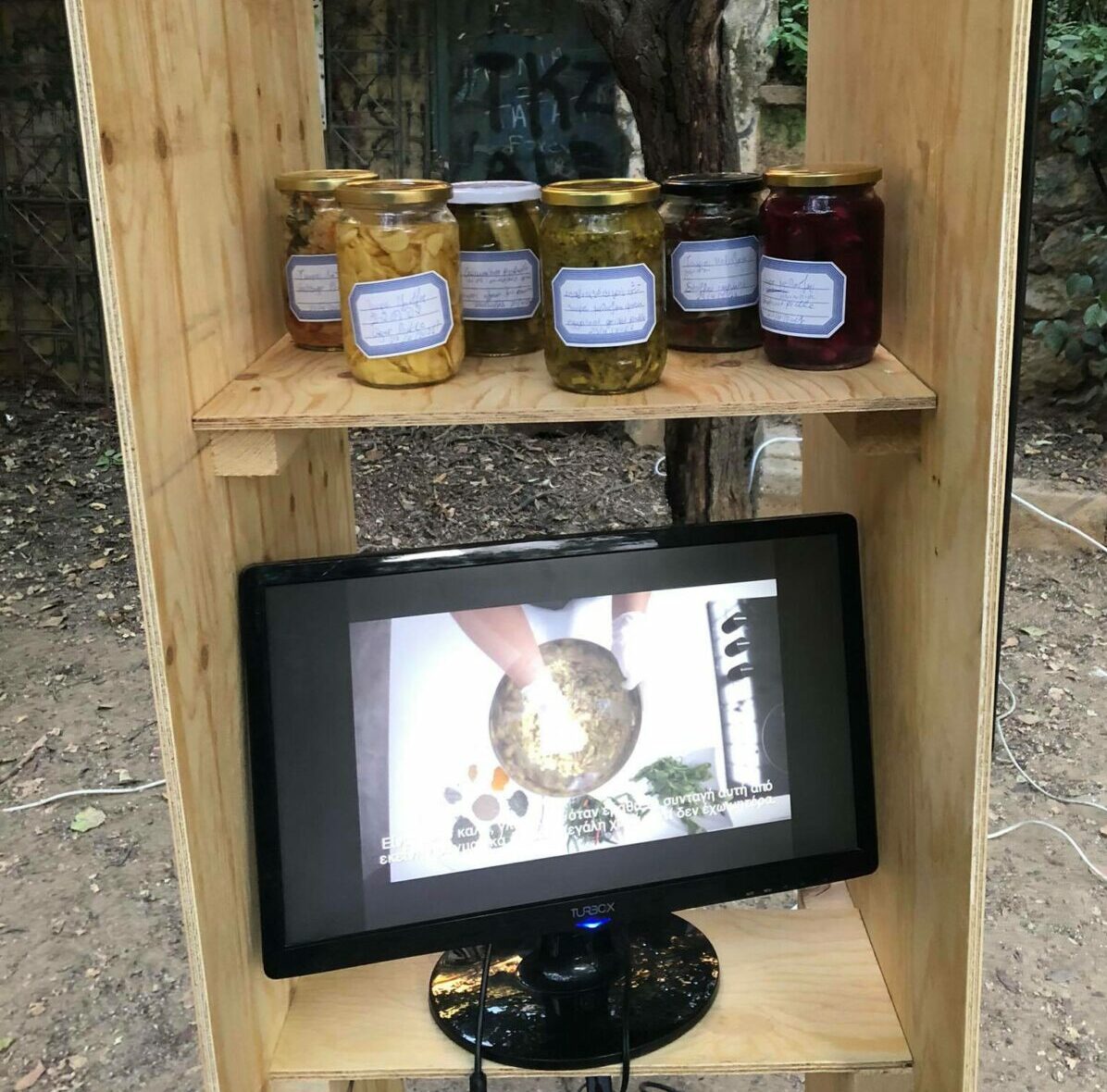 The impact of the action on the participants

Referring to the response that the action had to the participants, Ms. Konstantinidis emphasizes that "participation in the workshops despite the difficulties that existed due to the pandemic was satisfactory and "It showed the interest of these people to communicate their culture, embraced the project with enthusiasm and shared information, styles and experiences, creating something in common."

"The selection of this park for the presentation of the exhibition is another goal of our action, which is its revival as it is a relatively unknown to many people and lately has not had much traffic," he concludes. Phoebe Konstantinidis. 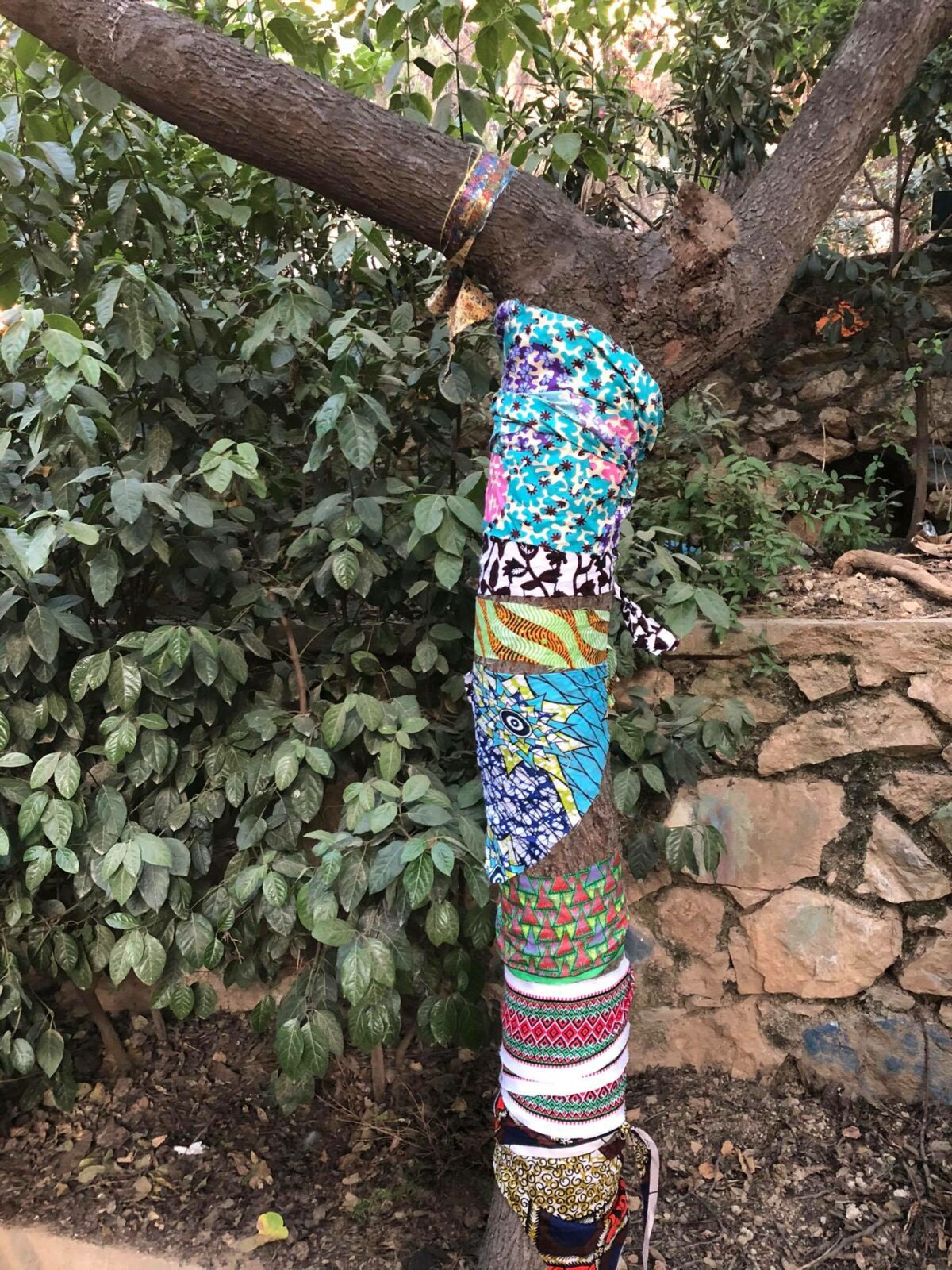 Musikarama (Karama, dignity in Arabic) is a community that aims to build a bridge of communication between Athenians and ethnic communities through music, creating the right ground for the resilience and integration of people who are temporarily displaced.

Impact Hub Athens is a local and international network connected for the purpose of positive social impact. They develop initiatives and ventures that bring together people from different backgrounds with the aim of collectively intervening in critical social and environmental issues of cities and neighborhoods.

the action Athens Tribes is part of it co-Athens implemented by the European pilot program of the Municipality of Athens #CuringtheLimbo through the Development and Tourism Promotion Company (EATA). The program is co-financed by ERDF under the program urban Innovative Actions.

K. Stefanidis: I had a very good race, I equalized my performance this year but I would like to have won another medal

With the conquest of the 4th place, Katerina Stefanidi completed her presence in his final at the Tokyo Olympic Games, equalizing ...
Read more
CIVILIZATION

The show is based on songs recorded in the 19th century and are associated with corresponding folk customs that follow the annual cycle of holidays but ...
Read more
ECONOMY

The amount of overdue liabilities of the General Government to the private sector in June amounted to 1,798 billion euros compared to 1,805 billion euros in ...
Read more
984

Three serious fires that have taken place in Varybobi have caused a great mobilization of the Fire Brigade. The most important according to the latest information, is to ...
Read more
News Bulletin Athens 9.84

Revival of the fiery flame in Attica, Ilia, Evia, Messinia, Grevena and Rhodes. In Attica, there is a resurgence on three fronts in Varybobi, resulting in ...
Read more
GREECE

The Copernicus / Emergency Management Service - Mapping service of the European Union was activated as a National Contact Point for the direct mapping of the areas of Ancient Olympia ...
Read more
984

Revivals on almost all fronts - Settlements in Grevena, Fokida, Evia and Ilia are being evacuated

Revival of the fiery flame in Attica, Ilia, Evia, Messinia, Grevena. In Attica, there is a resurgence on three fronts in Varybobi, with the result that an order is given ...
Read more

So far, the image that is reflected in the traffic and turnover of the restaurants of Attica is disappointing, despite the large number of tourists ...
Read more