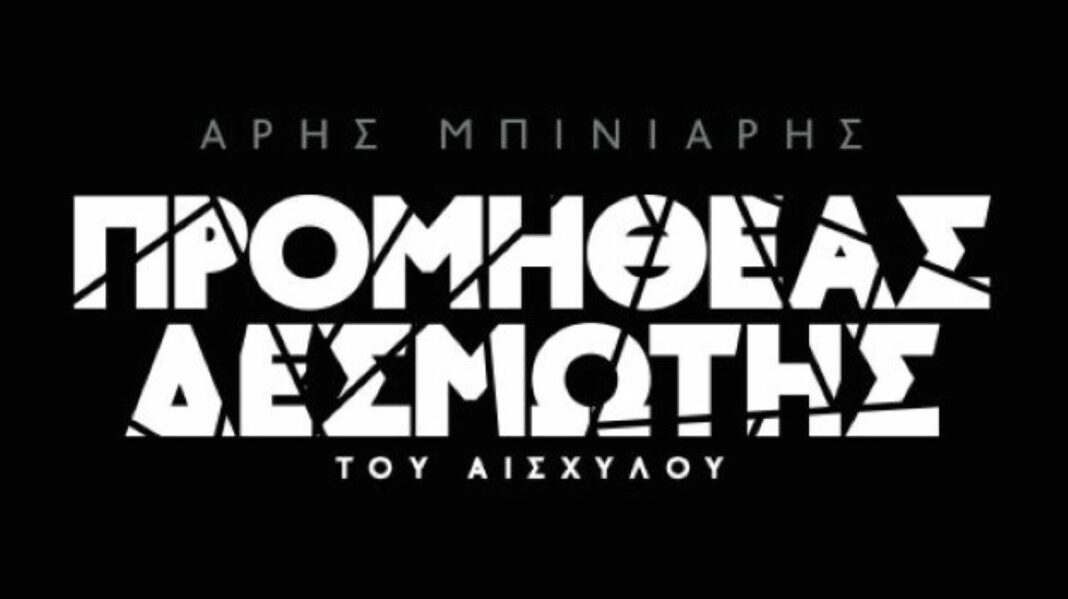 In Prometheus Bound, the shocking tragedy of Aeschylus, chose to include the Poreia Theater in his diverse repertoire, attempting his first descent to the Ancient Theater of Epidaurus on 20, 21 and 22 August 2021.

In his second appearance in Epidaurus, the Aris Biniaris continues his research on the ancient tragedy, with a vehicle of Prometheus Bound. The actors draw information from the rhythm of the text and transform into theatrical action the sound and rhythm of poetic speech with body and voice. Through a pulsating and lively sound environment, the faces of an old, but always up-to-date story are highlighted. "A story that can be heard as a dark commentary on the present or as a bright hope for the future", as he says. In the role of Prometheus, a timeless symbol of resistance to power, o John Stankoglou.

In the tragedy, Aeschylus deals with the resistance of Prometheus, chained to the Caucasus, to succumb to the will of the "ruthless" Zeus. This is a relentless struggle against the power of power εξου

The performance of Poreia Theater is presented translated by Giorgos Blanas and directed by Aris Biniaris, with a strong cast of protagonists and Giannis Stankoglou in the central role. 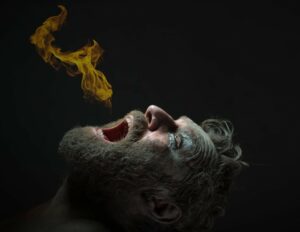 BUY TICKET
* Book your tickets on time before they run out, as the performances have opened with reduced occupancy due to anti-pandemic measures.

"Prometheus Bound" will premiere on July 4 in Chania, headquarters of DIPETHE Crete, at the theater of the Eastern Trench. It will be presented at the Ancient Theater of Epidaurus on August 20, 21 & 22 as part of the Athens and Epidaurus Festival. The detailed schedule of the tour will be announced soon.

All protocols in force against the spread of COVID-19 will be strictly observed in all performances.

SYRIZA asks K. Bogdanos to give explanations to the Parliamentary Ethics Committee

To call for explanations in the Parliamentary Ethics Committee, the ND MP Konstantinos Bogdanos, for the unthinkable - as they characterize it - act of ...
Read more
984

myAADE: The new digital portal for all transactions with AADE - Finally Taxisnet

The new digital portal of the Independent Public Revenue Authority, myAADE, was launched today at gov.gr. This is how TaxisNET becomes ...
Read more
984

China today denounced the "extremely irresponsible" sale of US nuclear-powered submarines in Australia, as part of a new partnership involving the United States ...
Read more
ECONOMY

"The Greek economy is taking off," writes the RND

"The Greek economy is taking off", is the title of an article on the RND network, in which it is pointed out, among other things, that Greece is recovering from the economic consequences ...
Read more
984

G. Economou for K. Bogdano: Similar mistakes in the future will not be tolerated

The act of Konstantinos Bogdanos was wrong, said among other things the government spokesman Giannis Oikonomou. "The government's non-negotiable policy is to guarantee human rights ...
Read more
IT HAPPENS IN ATHENS

Prohibition of rallies in the Constitution due to the EuroMed9 summit

The ban on rallies in the wider area of ​​Syntagma Square and around the Stavros Niarchos Foundation in Faliro was decided by the Police from 6 ...
Read more
CIVILIZATION

Prohibition of rallies in the Constitution due to the EuroMed9 summit

The ban on rallies in the wider area of ​​Syntagma Square and around the Stavros Niarchos Foundation in Faliro was decided by the Police from 6 ...
Read more
IT HAPPENS IN ATHENS

Mainly only by bus and not by Metro or suburban will be accessible from today until Saturday, the airport of ...
Read more
IT HAPPENS IN ATHENS

Large increases have been recorded recently in the rental prices of real estate, with the Athenians in a report of 9.84 talking about 30% and even 40% ...
Read more