The "red" loans of the crisis are manageable by the banks 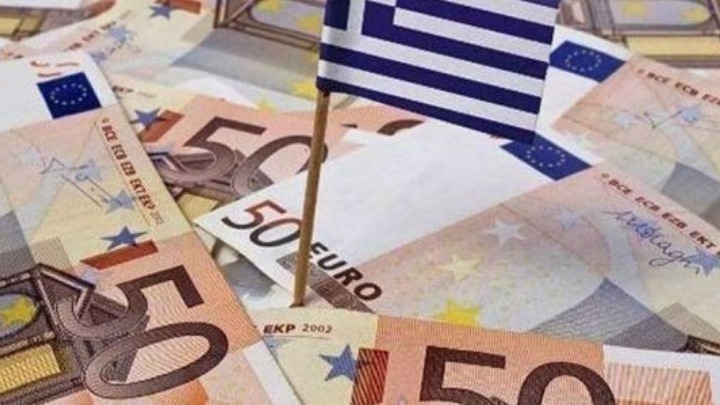 The announcement of the banks' results for the first quarter of 2021 shows a small increase in new non-performing loans, despite the crisis caused by the pandemic.

As the debt suspension period ends, a positive development for the banks, but also for the economy in general is the lower than expected formation of new NPEs.

In fact, according to JP Morgan regarding the possible inflows of non-performing exposures (NPEs), in total, the absolute amounts amount to about 4,2 billion euros for the four banks, much lower than the 8-10 billion euros of NPEs that At the moment, the Bank of Greece expects that they will be created by this crisis.

For Eurobank, total NPEs fell to 5,8 billion from 13 billion euros in the first quarter of 2020, while they recorded a relatively small increase of 117 million euros compared to the fourth quarter of 2020. This increase was significantly lower than as expected, as well as the formation of new non-performing exposures amounting to EUR 72 million.

Alpha Bank announced that Non-Performing Exposures in Greece remained unchanged, as the regular servicing of loans and repayments that continued in the first quarter of 2021, offset the inflows.

At the end of March 2021, the Non-performing Exposure Index in Greece stood at 23,9% after the Galaxy transaction, while at group level it amounts to 26,3%.

Arrears in Greece amounted to 4,9 billion euros. With the completion of the Galaxy transaction, the Delay Ratio in Greece decreases to 13,3%.

The "Hercules" plan is the leading forward-looking reform of the Greek government, aimed at radically reducing red loans. This plan was implemented in record times for our country in relation to any other reform, with the mass participation of all four Greek systemic banks and within the first year of its operation a reduction of 40% of the red loans of Greek banks was achieved.

With "Hercules 2" which was very recently approved by the Commission (and while in "Hercules 1" the red loans were reduced by 32 billion euros), it is planned within the next 18 months to reduce by another 32 billion euros the remaining loans.

Bankers estimate that as early as 2021 and certainly in 2022, most Greek banks will have reduced the rates of "red" loans to single digits and very close to the European average.

The "Hercules" plan is an important systemic solution and which has led to positive results. All systemic banks have already joined it, attracting international investors, with a total gross securitization value of 31,3 billion euros.

In addition, and very importantly, "Hercules" was the catalyst that led to the recent upgrades by rating agencies.

Following the upgrade of Greek banks by S&P, the rating agency Fitch confirms its positive outlook.

According to Fitch, the additional securitization of loans under "Hercules 2" will be an important step in the consolidation of portfolios.

Thus, these securitizations, along with other initiatives, are expected to reduce the "red" loans of banks below 15% in the next 12 months, from about 35% at the end of 2020.

With the moves prepared by the banks, it is possible to reduce the NPEs index below 15% in the next twelve months compared to 35% at the end of 2020. Previously, the house expected the index to fall below 30% by the end of 2021, calculating but only the securitizations of Hercules I.

In its calculations, Fitch takes into account the creation of new "red" loans from the pandemic. The four banks had moratorium loans, which amounted to 16% of the portfolio at the end of 2020, but for most of them the period of suspension of payments has expired. With restructuring and the use of state support schemes, the pressures from this front are easing.

International investment houses, after the announcement of the results of the banks, upgrade the target prices for the banking shares.

Wood sets the target price for the share of Alpha Bank at 1,50 euros and predicts that the Non-performing Exposure Index will fall sharply to 7% in 2022 and further to 2% by 2024. KBW notes that the new strategic plan makes Alpha Bank attractive to investors.

KBW "sees" a single-digit index of Non-performing Exposures close to 5% by 2022. NBG Securities considers attractive the levels at which the share of Alpha Bank is traded, giving a target price of 1,30 euros.

JP Morgan gives a target price of 2 euros per share, which offers a significant margin of rise from current levels of 35%.

Following the capital increase, the bank is ready to bring the non-performing NPEs exposure to single digits by the beginning of 2022 from the current 14%. HSBC raises the target price to 1,70 euros or an increase of 10% from current levels.

Eurobank Equities for Piraeus speaks of an ambitious but credible plan to reduce red loans, setting a target price of 1,91 euros and a "hold" recommendation. Axia Research notes that Piraeus Bank is now on a very good path for the implementation of its business plan and gives a buy recommendation for the share with a target price of 2,15 euros.

"Danger bell", due to the increasing trend of cases in Northern Greece, the Deputy Minister of Health Mina Gaga rang, speaking to the established information. For a "pandemic of the unvaccinated" ...
Read more