US: Jury to consider whether to prosecute former President Donald Trump and his business group 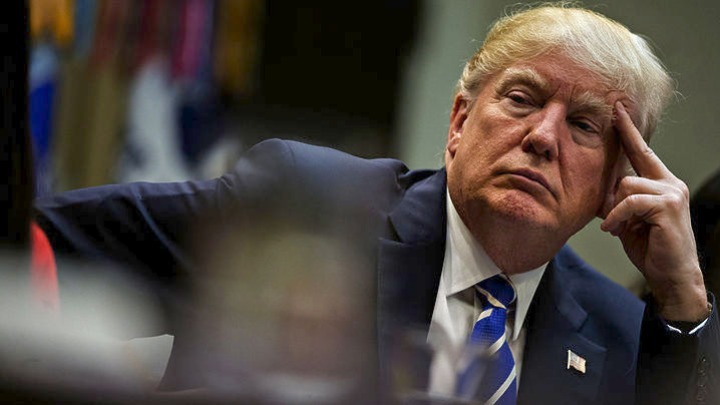 A special jury has been set up to judge whether the file prepared by the Manhattan prosecutor for Donald Trump and his business group justifies his referral to trial, several American media reported on Tuesday.

Asked by Agence France-Presse, a spokesman for prosecutor Cyrus Vance declined to comment.

According to The Washington Post, this jury was recently selected and will meet three times a week for six months to study the dossier.

In American criminal law, important cases are often referred by prosecutors to special juries, which are made up of citizens, such as juries in trials.

They are ordered to secretly examine the files and may request additional information, or hear from one or more witnesses.

After the examination, they decide, by a majority, but not necessarily unanimously, whether the evidence is sufficient for the prosecution, so that there can be a referral to trial.

The fact that a special jury was set up suggests that Prosecutor Vance considers that there is sufficient evidence to take the case to court.

Cyrus Vance - whose term ends at the end of December - has been conducting research since 2019 to manipulate the books of the Trump Organization, the former president's group.

The Manhattan attorney general is primarily seeking to determine whether the group presented inflated data on the value of resources in its ownership in order to obtain higher loans and undervalued items in its tax returns in order to reduce its taxes.

The investigation will also start with the payroll of Trump Organization executives, always according to Poust.

Although it would be good for Cyrus Vance to be referred to trial, it is not certain that he will see the former president himself referred. The group, a legal entity, or an associate in the Trump Organization may be referred.

Never in US history, from 1789 until today, has a former president been prosecuted.

According to several American media, the services of the Manhattan prosecutor recently became interested in the financial director of the Trump Organization, Allen Weiselberg, a man completely loyal to the tycoon.

Among the documents collected by Cyrus Vance are Donald Trump's tax returns for eight fiscal years, from 2011 to 2018, which he secured after an eighteen-month court battle.

New York State Attorney Leticia James is conducting her own separate investigation into the Trump Organization.

Last week she announced that her investigation, initially of a civil nature, has now become criminal and that it will continue in collaboration with the services of Cyrus Vance.

Donald Trump, who recently relocated to Florida, has already accused Cyrus Vance and Leticia James - both Democrats - of having political springs and has once again described himself as a victim of "the biggest witch hunt in history". of the USA ".

When the French Agency contacted him, the Trump Organization did not want to follow up.