N. Giatromanolakis: We are discussing in order to increase the percentage of 50% occupancy for theatrical performances and concerts 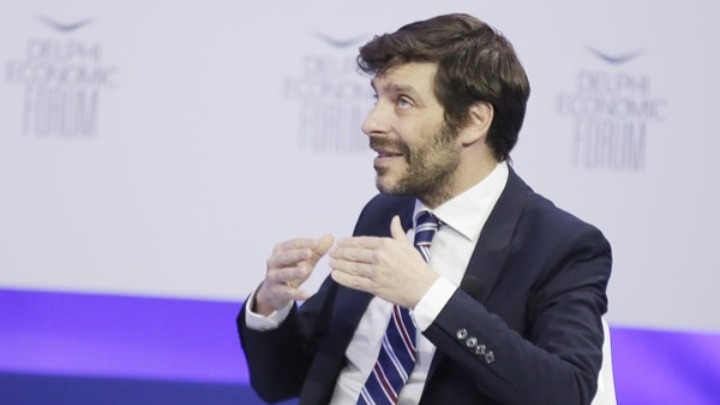 The Municipality of Athens continues to contribute, by all means and in every way, to the national effort to deal with the coronavirus and return to normalcy ....
Read more
At the Ministry of Culture we are already discussing and pushing to increase the 50% occupancy rate that applies from today for theatrical performances and concerts in large open theaters. I believe that the percentage will increase as the health image of the country and the indicators improve "
This was stated by the Deputy Minister of Culture, Nikolas Giatromanolakis, speaking in the main bulletin of Athens 9.84 and Katerina Papavassiliou.
Mr. Giatromanolakis referring to industry support measures stressed that “have a available 330 million during the pandemic" noting that “"As long as the restrictions continue, we are considering with the competent ministries other measures to support the industry."
Referring to cinemas lasting 12 months the Undersecretary of Culture said that “the ministry has asked the commission to see their opening in order to open a protocol base and with lower completeness "

In relation to protocols Mr. Giatromanolakis said that for the calculation of the flow of visitors there is a formula based on which each museum can determine the number of visitors: "In relation to these groups there will be up to 8 people. Of course, all this will be re-examined as the vaccinations will proceed "
Finally, when asked about the procedure followed for the appointment of the new artistic director at the Museum of Contemporary Art, Mr. Giatromanolakis clarified that "the appointment was not made by the evaluation committee. We will move gradually in this process " he added.
Share
Facebook
Twitter

"We are committed to supporting energy consumers in Greece through state aid, but also through encouragement to electricity providers ...
Read more