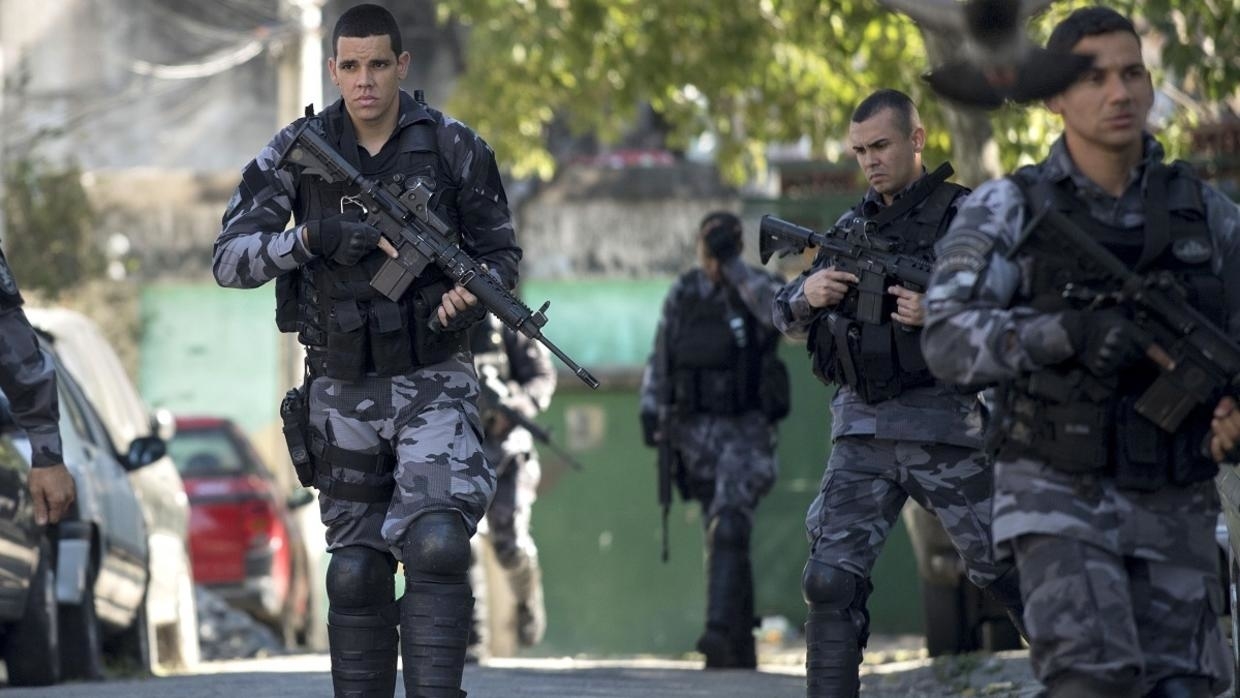 The death toll from a police operation against drug dealers in a favela in Rio de Janeiro has risen to at least 28, police said yesterday, in the latest report of the victims of the bloodiest police operation in the history of this Brazilian city.

The bodies of three other people pulled from the favela yesterday were men with links to organized crime, according to police. Twenty-four other people and a police officer were also killed in Thursday's operation in the Zakarezino favela in northern Rio.

"Intelligence confirmed that the dead were drug dealers. "They shot at police officers to kill them, on orders," police chief Alan Turnowski told reporters.

The bloodshed has drawn strong criticism from human rights groups, including Amnesty International, which has blamed police for the "reprehensible and unjustifiable" loss of life in a predominantly black and poor neighborhood.

The United Nations Office for the Coordination of Humanitarian Affairs (OCHA) yesterday called for an independent inquiry into the police operation. UN High Commissioner for Human Rights spokesman Rupert Colville spoke of "disproportionate and pointless" use of police force.

In her last residence, in the First Cemetery, in the same place where her father was buried, she will be led in a short time, the ...
Read more
COVID-19

ILO: The impact of the pandemic on aggression is greater than expected

The impact of the Covid-19 pandemic on work proved to be stronger than predicted, according to estimates by the International Labor Organization published today. The...
Read more
WORLD

Luxembourg: Prime Minister accused of plagiarism in his dissertation

Accused of plagiarism in his dissertation at the University of Nancy, the Prime Minister of Luxembourg Xavier Bethel admitted today that "he should have done ...
Read more
SPORT CITY

David Beckham received 177 million euros to be the central figure in the Qatar World Cup campaign, a fact that caused the intense ...
Read more
WORLD

Berlin for Greek-Turkish: Solutions only through talks and in a spirit of mutual respect

The governmental representative of Germany, Stephen Seibert, in view of the forthcoming visit of Angela Merkel to Greece, reiterated that, regarding the Greek-Turkish relations, ...
Read more
SPORT CITY

Fenerbahce issued a statement on the refereeing. The Turks who play on Thursday at SEF with Olympiakos, are protesting against some refereeing decisions in ...
Read more
SPORT CITY

Swimming: The mission for the European 25m Swimming Pool Championship

In Kazan for the 20th total participation of Greece in the European Swimming Championship of 25 ara pool (November 2-7), 5 of our swimmers will go on Friday who, ...
Read more