"Ingenuity" made its fifth flight to Mars 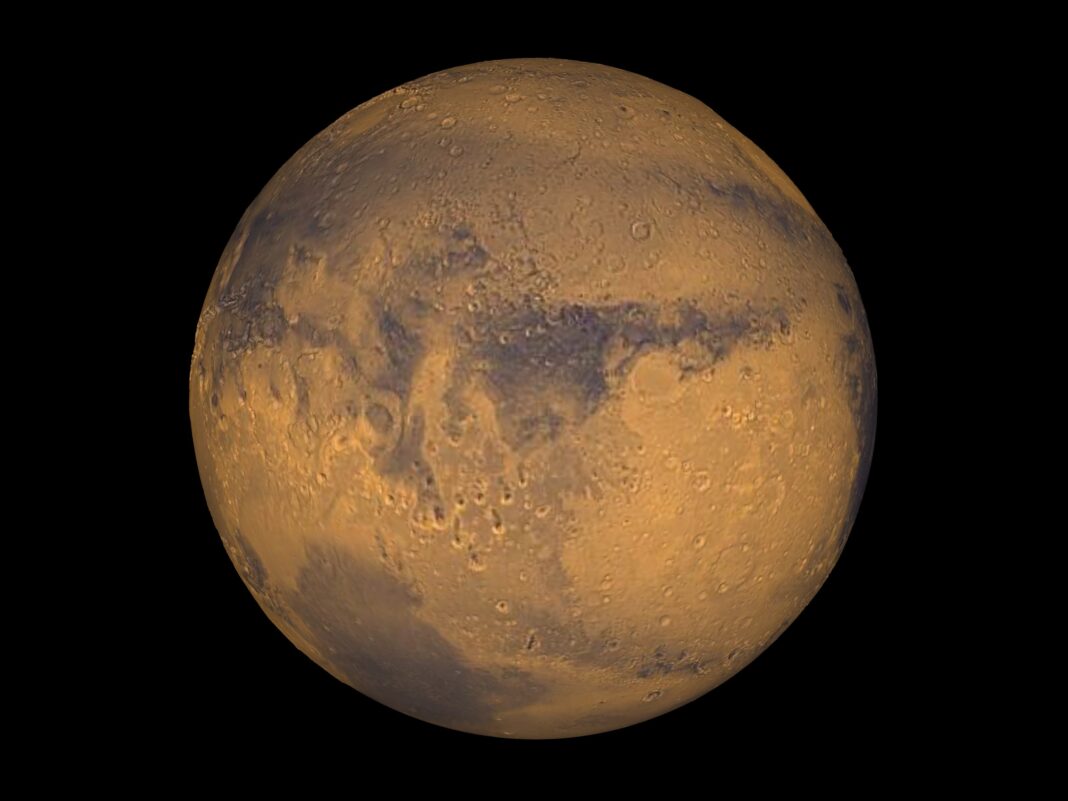 NASA's small helicopter flew to the red planet for the fifth time and headed south to advance research into the possible use of aircraft on Mars in the future.

Ingenuity, which in Greek means "intelligence", is a small robotic helicopter that landed on Mars on February 18, 2021 as part of the rover-type robotic vehicle called Perseverance. It is part of NASA's "Mars 2020" space mission.

NASA's Ingenuity Mars helicopter completed its fifth flight to the Red Planet on May 7, on its first single-flight flight from its home, the "Wright Brothers Field" as it was named to pay tribute to the Wright Brothers, the aviation pioneers. , at a new airport 5 meters south.

After reaching over its new airport, Ingenuity climbed to a record 10 meters high and photographed its new neighborhood with high-resolution color images before touching the ground.

The flight represents the transition of the motor boat to the new phase of test operation. In this phase you will focus on exploring the kind of possibilities that a rotor that operates on the planet Mars can offer. These tests also include aerial observations in areas not accessible to the rover and detailed stereoscopic imaging at atmospheric altitudes. These operations and results could significantly benefit future aerial exploration of Mars and other worlds.

The flight started yesterday, Friday, May 7, at 10:26 p.m. Greek time and lasted 108 seconds. The Ingenuity team selected the new landing site based on information gathered during the previous flight (the world's first "aerial reconnaissance" operation) that allowed them to create digital elevation maps that show ground level with almost no obstacles.

"We bet on our stay on Mars at Wright Brothers Field, grateful for the support it provided to us in the historic first planetary helicopter flights," said Bob Balaram, chief engineer of Ingenuity Mars Helicopter at NASA's JPL.

"No matter where we go from here, we will always think about what these two Dayton bike makers mean to all of us," he said. The Wright brothers continue to demonstrate that controlled flight was possible, in an effort to better understand how new technology could be used. Similarly, NASA seeks to learn more with Ingenuity about how next-generation helicopter companies could benefit from future exploration of the Red Planet. "This new phase will create an additional risk for Ingenuity, because there will be more one-way one-way flights and more precision maneuvers."

Having successfully landed at its new airport, Ingenuity will be waiting for future instructions to be transmitted via Perseverance by NASA mission controllers. The rover team's short-term strategy does not require long journeys that will leave the helicopter far behind, allowing Ingenuity to continue these pilot operations.

"The plan is to fly Ingenuity in a way that does not slow down the pace of science operations," Balaram said, adding that "we may make a few more flights in the coming weeks and then evaluate how to proceed." We have already collected all the flight performance data we originally planned. "Now, this new test mode gives us the opportunity to further expand our knowledge of flying machines flying to other planets."