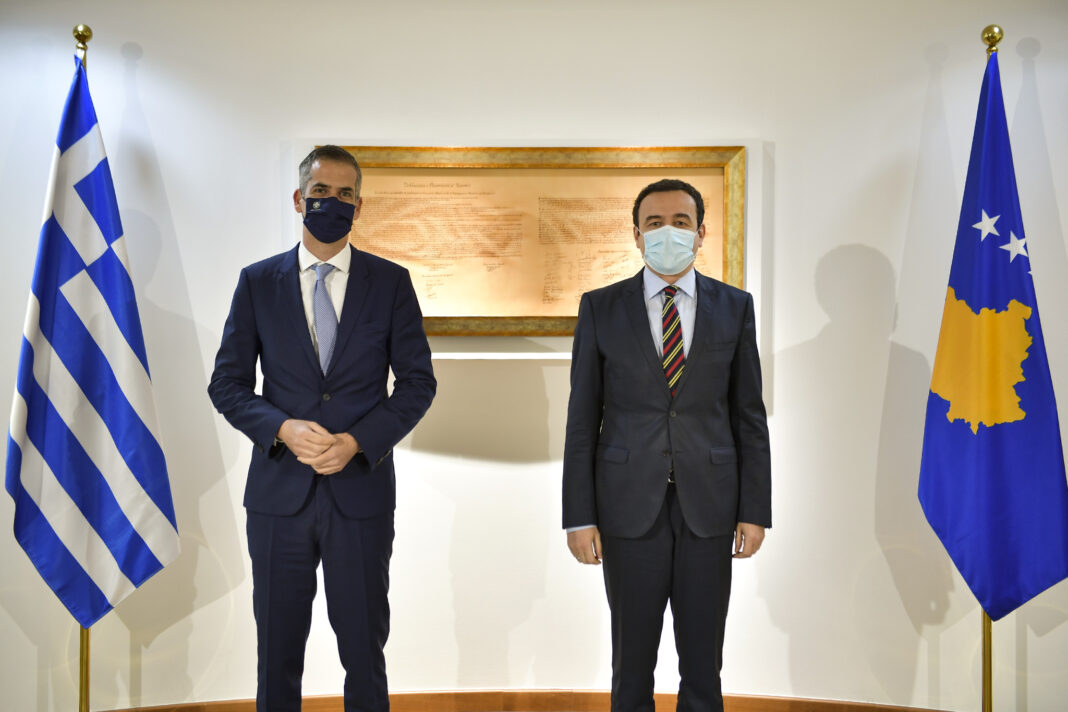 The Mayor of Athens, Mr. Costas Bakogiannis, paid an official visit to Pristina, at the invitation of the Mayor, Mr. Shpend Ahmeti, in the context of the bilateral cooperation between the two capitals and the wider interest in the region of the Western Balkans.

During their meeting, the two men exchanged views on the problems facing modern cities, and agreed to work more closely by exchanging good practices and successful actions.

The Mayor of Athens transferred to his counterpart, the experience and know-how that Athens has acquired. Mr. Costas Bakogiannis had the opportunity to visit a number of institutions and organizations that aim to support innovation, entrepreneurship and vulnerable citizens. 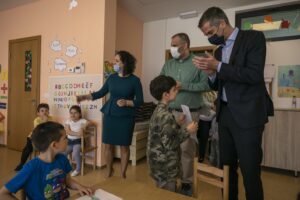 On Friday morning, the Mayor of Athens, Mr. Costas Bakoyannis, was received by the Prime Minister of Kosovo, Mr. Albin Kurti, with whom they discussed city diplomacy, pandemic management and the challenges of the next day, as well as the European perspective of the Western Balkans. 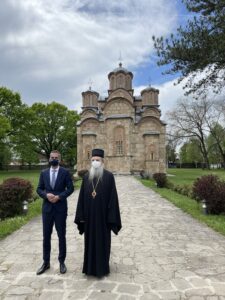 Mr. Bakoyannis showed special interest in the Orthodox Church of Agios Nikolaos, while he also chose to visit the KFOR camp, where the Hellenic Force of Kosovo is based.

The visit of the Mayor of Athens ended with his meeting with the Bishop of Raska and Prizren Mr. Theodosios, at the historic Gracanica Monastery. 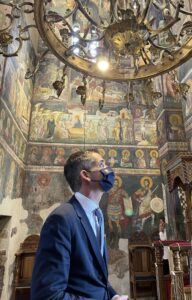 Regarding the visit and the meetings he had in the capital of Kosovo, Mr. Bakoyannis stated:

"Return to Pristina 15 years after my tenure at the World Bank in Kosovo, responding to the invitation of my friend Mayor Shpend Ahmeti and meeting with Prime Minister Albin Kurti. Opportunity to transfer know-how and good practices from Athens to a rapidly growing city, to deepen our cooperation in all areas, but also to confirm the historic leadership of Athens in our wider neighborhood. It was my honor to meet and thank our people who serve in the Greek Force in Kosovo. Unforgettable is the visit to the Byzantine monastery of Gracanica and the discussion with the Bishop of Raska and Prizren Mr. Theodosios ". 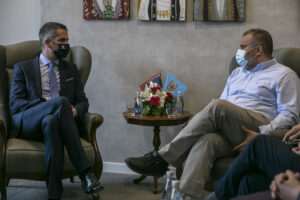 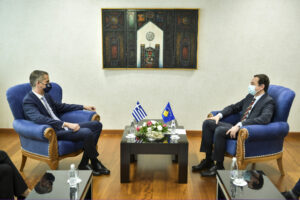 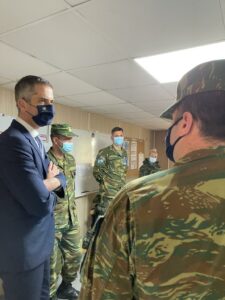 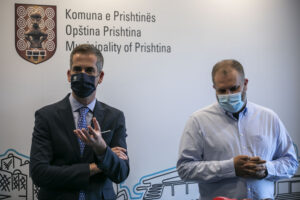 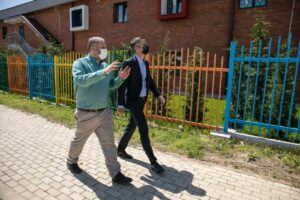