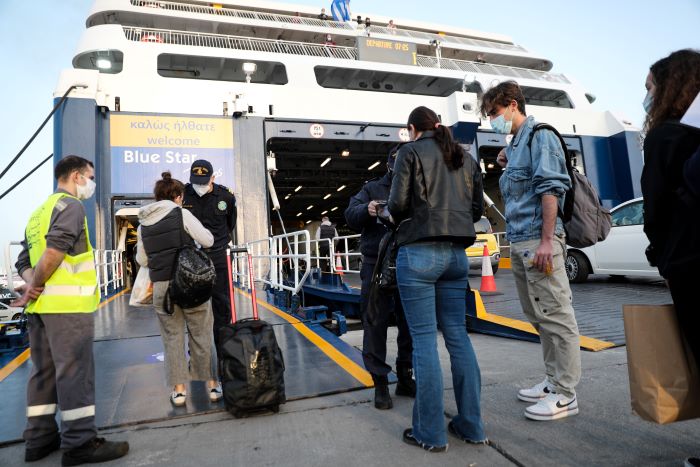 The Athenians are rushing to leave the capital for their holiday home - within the Peripheral Unit of Attica with the exception of the islands - which is expected to culminate today on Holy Saturday.

Ally and the good weather with EMY predicting record temperatures for the season.

However, according to the data of EL.AS. , the exit of vehicles is reduced, in the last 24 hours, from the tolls of Elefsina and Afidnes. During the same period, 939 vehicles were overturned and returned behind the specific points, in total.

In particular, from 06:00 on Holy Thursday until the same time this morning, 15.552 vehicles left the Athens-Corinth highway and especially Elefsina, while 10.969 entered. At the same time, 888 vehicle returns were made, while 6 violations were confirmed.

In the previous 24 hours (from 06:00 Holy Wednesday until the same time of Holy Thursday) 16.400 vehicles left Elefsina, while 13.840 vehicles entered. During the same period, 227 returns were made.

It is noted that interregional movement for health reasons is allowed only to a public health structure, which must be certified by a document of the structure itself. Also, the movement is allowed only for a one-time trip to the place of permanent residence, to a funeral, to divorced or divorced parents, while in all cases, of course, the citizens must show the necessary documents.

It was also clarified that the combined use of a travel certificate for work purposes and E1 for a one-time transfer to a permanent residence is not allowed.