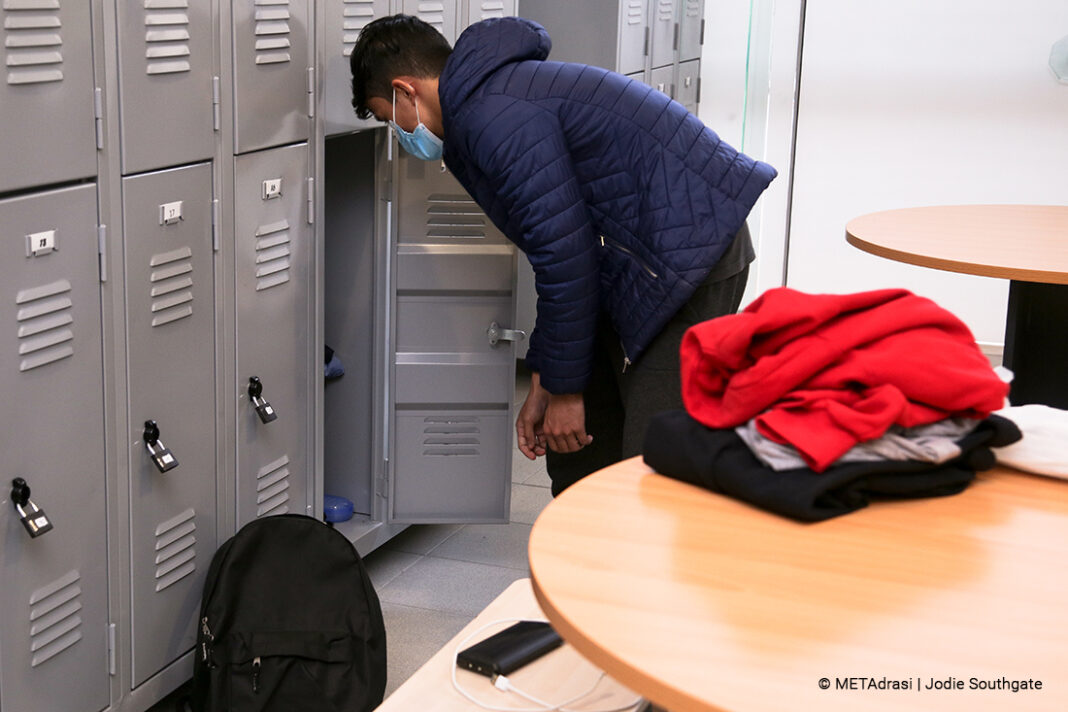 The tender procedures for the radical renovation of the historic and emblematic Theater Square, behind the City Hall of Athens, begin. The budget project ...
Read more
PLUSATHINA

Meet the tribes of Athens An emerging outdoor exhibition with 5 wooden installation boxes, which highlight the traditions of different cultures through art, music, food and ...
Read more

The first dormitory for homeless minors, a pioneering project at national and European level, was created by METADRASI, in collaboration with important institutions, but also with the decisive contribution of the Municipality of Athens and the UN High Commissioner for Refugees.

The Dormitory, which starts its pilot operation initially accommodating up to sixty children, has the capacity to accommodate up to one hundred homeless minors. Its launch will fill a significant gap, now providing children with a suitable and safe space where they can meet their personal hygiene needs, wash their clothes, eat and sleep, until the long-term optimal is found. solution.

Thus, in conjunction with Day Center and the Mobile Unit for the detection and support of METAraction, Homeless children gain a temporary safe haven that provides them with the support they need to get out of the stalemate of homelessness and what it entails.

The operating costs of the Dormitory are covered by REACTION with own resources, utilizing part of it Humanitarian Award of the Conrad N. Hilton Foundation. 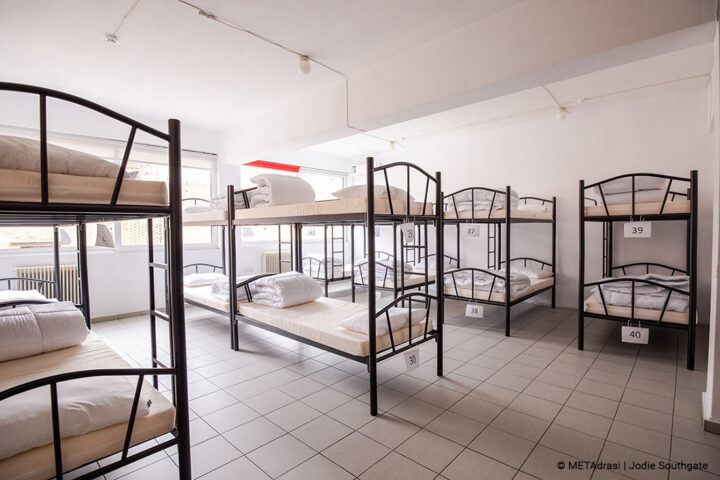 The creation of a support system for homeless children has become a priority for METaDrasi, according to the people of the organization, and thanks to the Conrad N. Hilton Humanitarian Award, but also to Foundations that supported the initiative, it started at the end of 2019 This makes it a perfect choice for people with diabetes and for those who want to lose weight or follow a balanced diet. Day Center for homeless children and then in March 2020, when the first wave of the pandemic broke out, the Mobile Child Identification and Immediate Assistance Unit on the streets of Athens. However, the huge problem of children staying overnight remained unresolved.

The Dormitory for children, as reported by METADRASI, was implemented after many months of "street racing" to ensure both the appropriate space and resources.

In addition to the unaccompanied homeless children, the Dormitory is open to support dozens of cases of children from families who, due to emergencies, are left alone, without any family environment to accommodate them temporarily. 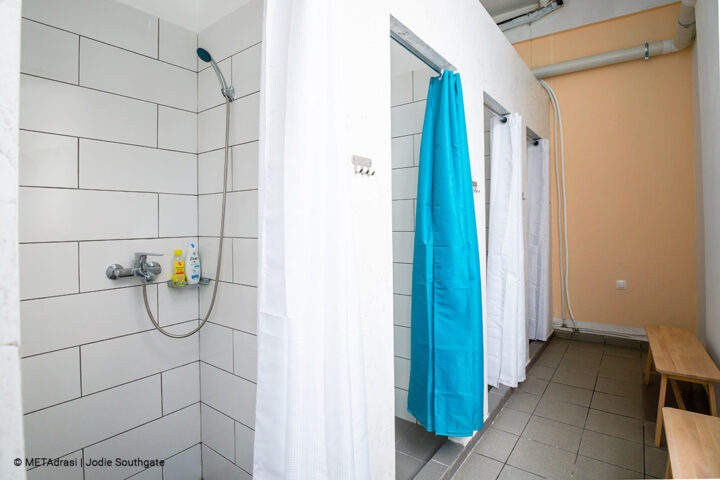 Memorandum of cooperation with the municipality of Athens

In this effort, the support of the UN High Commissioner for Refugees was important, as well as the Municipality of Athens, with which METADRASI signed a memorandum of cooperation. Already, through the program "Adopt your city", the companies Bed & Bath, IKEA of the Fourlis Group, PMM Public Media Markt, Unilever and SANITAS, brand of the Sarantis Group responded to his call Of the City of Athens for the supply of necessary equipment such as washing machines, sanitary ware, consumables. 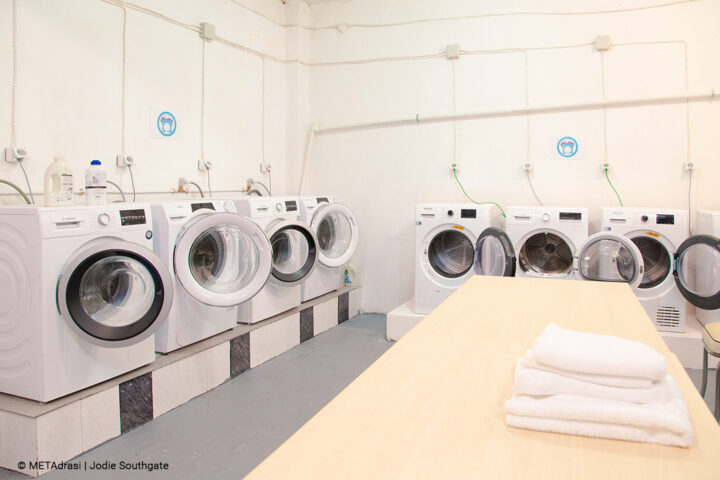 The triptych of actions Day Center, Mobile Unit, Dormitory will contribute substantially to the unresolved chronic problems faced by prosecutors and police departments who are often in despair, because there are no immediate alternatives to temporary housing for children.

"We expect the State to stand by us in this effort and the Dormitory to be a model for the creation of other such dormitories in major cities in Greece, where the same problems are observed with homeless children.", declares the president of METADRASI, Lora Pappas.

The curtain falls today on the groups of the European Football Championship with crucial games to qualify for the "16" of the tournament. In the 5th group, Spain ...
Read more
SPORT CITY

Basketball battle between Apollon and Olympiakos B '

Apollonas and Olympiakos B 'are ready for the derby between them, which will judge the direct promotion to A1, with Patras ...
Read more
PRESS RELEASES

ATHENS 9.84 for the 200th anniversary of the 21st revolution

With the declining course of epidemiological indicators in the country and vaccinations proceeding at a very good pace, experts estimate that in a short time ...
Read more
News Bulletin Athens 9.84

With the epidemiological indicators following a declining course and the vaccinations proceeding at a fast pace, the experts estimate that in a short period of time ...
Read more
GREECE

OAED: As of today, the submission of modern distance vocational training programs for LAEK employees 0,06 year 2021

Sunrise with Manos Kitsikopoulos in the garden of the Concert Hall

After last year's success of the Battleship Potemkin, Manos Kitsikopoulos, one of the most multidimensional soloists of his generation, returns to the Garden to ...
Read more

POEDIN protest at the Ministry of Health

Giannis Kotsiras in the Technopolis of the Municipality of Athens

Laser stone crushing method for pets is successfully applied in a veterinary clinic in Attica, in the area of ​​Varybombi. Using the laser ...
Read more
IT HAPPENS IN ATHENS

Metro Line 4 - How to change Athens

Another step towards the beginning of the works for the construction of line 4 of the Athens Metro was made on Tuesday night as ...
Read more
IT HAPPENS IN ATHENS