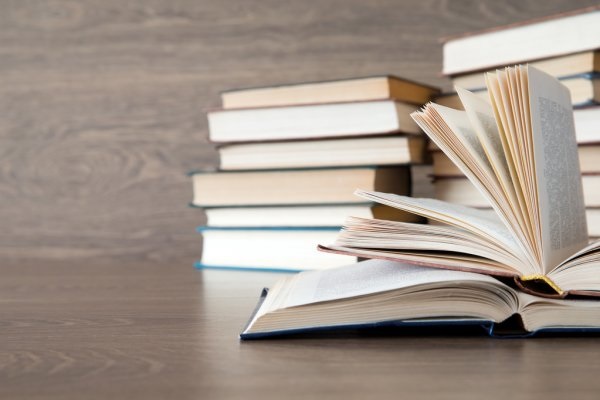 Η Athens, Greece star in oblation of Athens 9.84 for this year World Book Day. Athens, as a literary and poetic narrative. Athens as a meeting place and landmark. Athens as a landscape of emotions, a place of hope, joy, sorrow, memory and purification. The city that literature not only describes but shapes.

On Friday, April 23, Athens 9.84 selects and hosts in its program eighteen texts about Athens! Eighteen readings of poems and texts influenced by the Athenian urban landscape, history and life of the people in the city.

From the 6 in the morning until midnightImmediately after the station's news bulletins, writers, poets, directors, visual artists, actors, publishers, academics and journalists illuminate the city through selected poems and texts.

07:05 ': The author Theodoros Grigoriadis reads an excerpt from "Sunday Tour in Athens" of George John (1978), George Ioannou, Adolescents and not, Kedros 1985.

09:05 ': The journalist and writer Nikos Vatopoulos reads an excerpt from his book "At the bottom of the century ", Metaichmio 2020.

11:05 ': The director and writer Thodoris Gonis, reads an excerpt from his book (along with Eleni Stroulia), «National Garden Apprenticeship Walk » , Agra 2019.

21:05 ': The poet and translator  Krystalli Glyniadaki reads the poem "Me my friends", of Katerina Gogou, «Three clicks left ",  Kastaniotis 1978.

22:05 ': The actor Konstantinos Tzoumas, read an excerpt from his novel  Giannis Maris, «Crime in Kolonaki », Atlantis 2012.

On diligence of the tribute has the Eleonora Orfanidou.

All recordings will be available for listening on our site www.athina984.gr

They will be hosted on the same day in the shows of Athens 9.84 poets, writers and publishers who will talk about yesterday, today and tomorrow of literature and poetry.

The guests of our shows are:

Coldplay has a new single. Last week, the band announced that "Higher Power" will be released, via Parlophone and Atlantic, in ...
Read more
GREECE

Mytilene: Meeting of N. Mitarakis with the new Secretary General of the Aegean and Island Policy M. Koutoulakis

The Minister of Immigration and Asylum, Notis, met with the new Secretary General of the Aegean and Island Policy, Manolis Koutoulakis, at the headquarters of the Secretariat in Mytilene ...
Read more
CIVILIZATION

Europe Day: Presence of the Greek-EU flags at the Acropolis

The President of the Republic Katerina Sakellaropoulou will be present on Sunday, May 9, 2021 at 08:00 at the Holy Rock of the Acropolis at the Pride ceremony of ...
Read more
WORLD

The wreckage of China's largest rocket, which was launched last week, is expected to fall to Earth late tonight or early ...
Read more
GREECE

Five foreigners, aged 31, 43, 28, 55, and 27, were arrested in Myrsini, Ilia, as the people who allegedly facilitated the illegal transportation ...
Read more
GREECE

Western Greece: The number of dead and injured in traffic accidents decreased significantly at the beginning of 2021

A significant reduction in the number of dead and injured from road accidents and accidents were recorded in the region of Western Greece in the first four months of 2021, ...
Read more
News Bulletin Athens 9.84

Organized beaches in the country are reopening as of today in the context of the partial and gradual lifting of restrictive measures due to coronavirus. Kindergartens are reopening on Monday, ...
Read more

INNOVATHENS, the hub of innovation and entrepreneurship of the Technopolis of the Municipality of Athens, presents for the month of May a rich educational program designed according to ...
Read more
CIVILIZATION

The "pocket parks" of the Municipality of Athens are blooming

They "mushroom" like an oasis of coolness and elegance between apartment buildings. These are the so-called "pocket parks", something that was missing from the most densely populated city of ...
Read more