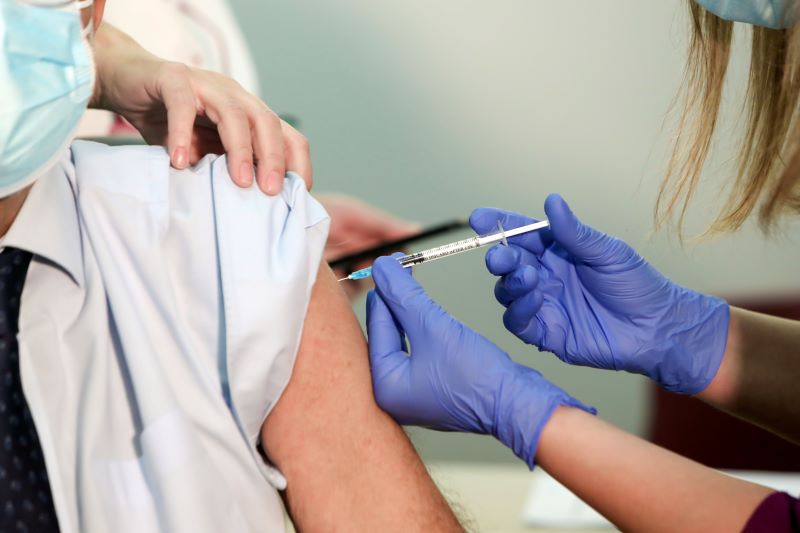 The vaccination platform for people aged 21-4 opened on Wednesday 55/59 and 138.000 appointments have already been made.

According to the Secretary General of the Ministry of Health, Marios Themistokleous, on May 5, the vaccinations with the Johnson & Johnson vaccine will start, which were suspended due to 6 cases of thrombosis that were registered in the USA. The official decision of the National Vaccination Committee is expected in the coming days, which will be similar to the instructions of the European Medicines Agency (Coreper). It is recalled that Coreper after a meeting gave the green light for the administration of the vaccine, assessing that the benefits far outweigh the rare complications.

Vaccination rates per age group announced by the secretary general Marios Themistocleous are as follows:

The issue of lifting the vaccine patent, which will be discussed at the informal EU summit in Porto today and tomorrow, divides Europe. The ...
Read more
NEWS

Sun Mitsotakis: Animal protection is a matter of culture and concerns us all

"It is time for Greece to take brave steps in front of the protection of our little friends," said Prime Minister Kyriakos Mitsotakis in a post on ...
Read more
SPORT CITY

AEK: Mandalos is in pain and will hardly play with Panathinaikos

Petros Mantalos feels discomfort in his lower leg and is doubtful for the "final" with Panathinaikos, for a European ticket. AEK is facing ...
Read more
STREAMING

The first time they collaborated, the lockdown started. Now, shortly before the lockdown ends, they return with the online show: ONE YEAR IN. The first...
Read more
WORLD

The Conservative Party of the British Prime Minister Boris Johnson recorded a historic victory in Hartlepool, northeast England, managing to elect a Member of Parliament for the first time here ...
Read more
WORLD

At least 25 people were killed yesterday Thursday in a favela in Rio de Janeiro during a police operation against drug traffickers, the bloodiest in ...
Read more
IT HAPPENS IN ATHENS

Knitting, in recent years, is gaining more and more fans, including men, as it is an anxious and relaxing activity. The Cultural Foundation ...
Read more

Students from Koukaki, ambassadors of the global goal "Zero hunger"

A group of 16 students of the 14th High School of Athens implements the educational program entitled "We become ambassadors of the global goal Zero Hunger". Students operate with ...
Read more
CIVILIZATION

The 67th Kifissia Flower Exhibition opens today its gates in the green and flowery Kifissia Grove "Dimitris Zomopoulos", and will last until 23 ...
Read more
PLUSATHINA