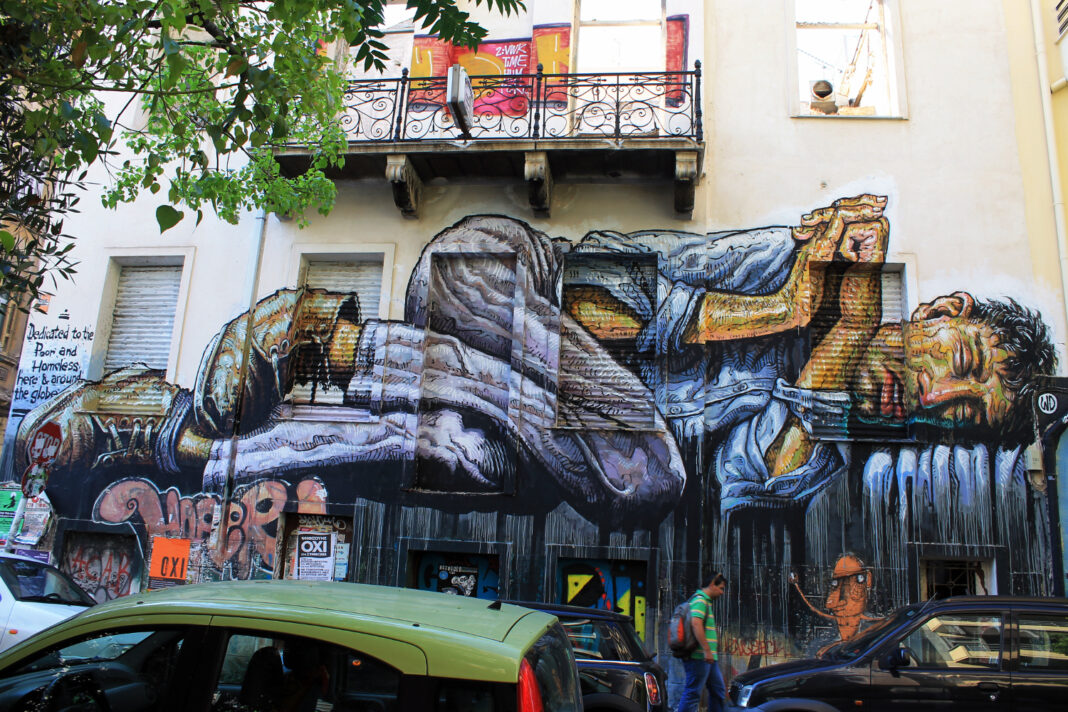 His book is published by Etypos Thanasis Chouliara entitled The eyes of the city. An overview of street art. The case of Athens. In the book, Thanasis Chouliaras attempts a holistic view of the street art phenomenon, aiming at a more complete understanding of it, penetrating inside Athens. A city with a long past and a multifaceted present. An existing city. 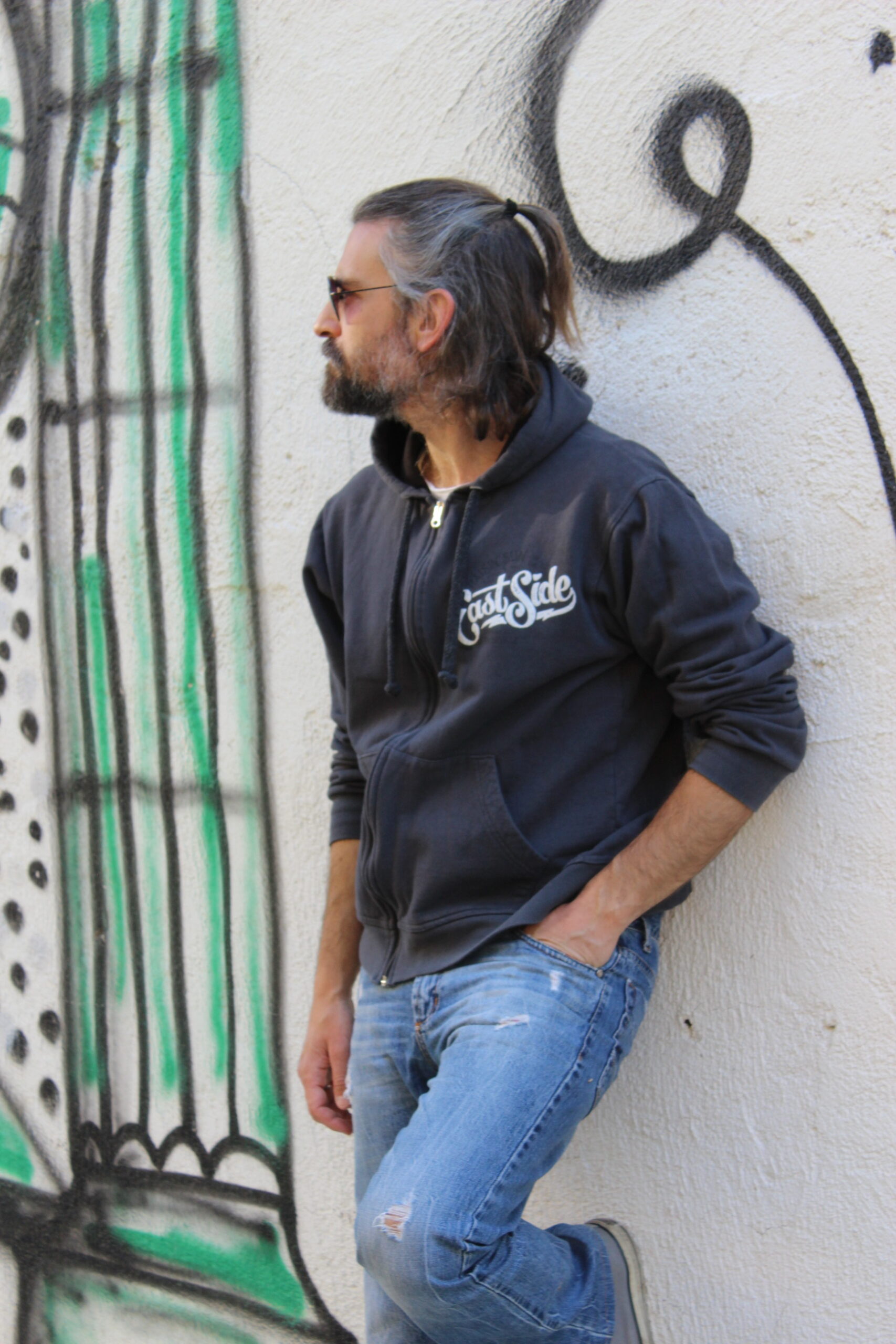 The book goes through a long journey starting from the theoretical part and the historical background of street art highlighting its aesthetic, social, economic and political aspects. Supports its integration into the continuum of art history and identifies its importance in shaping modern visual culture by linking it to urbanization. Finally, it studies how street art influenced the change of Athens' cultural identity during the economic crisis.. 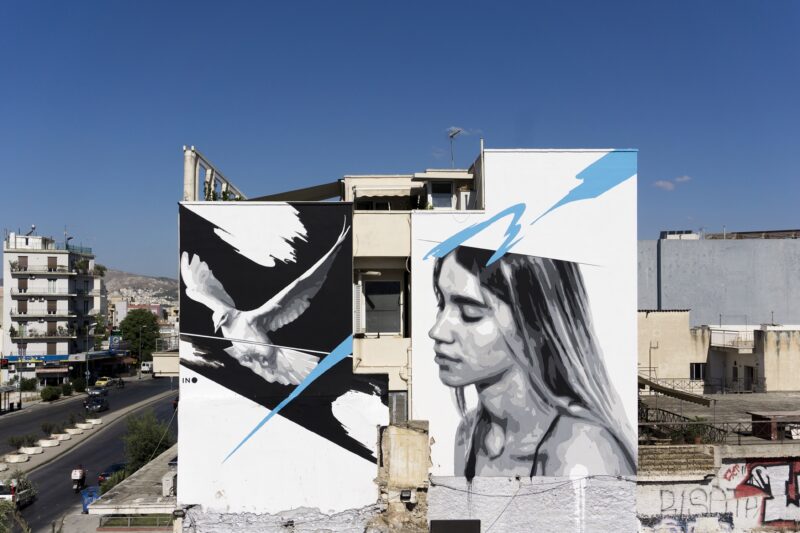 Finally, Athens is the new Berlin;

Who is the Athenian homo urbnicus?

The city is reflected in its walls.

Looking at them, we look at ourselves.

The walls become the eyes of the city.

The book is prefaced by the Assistant Professor of the Department of Communication and Mass Media of the School of Economics and Political Science of EKPA, Evangelia Diamantopoulou. 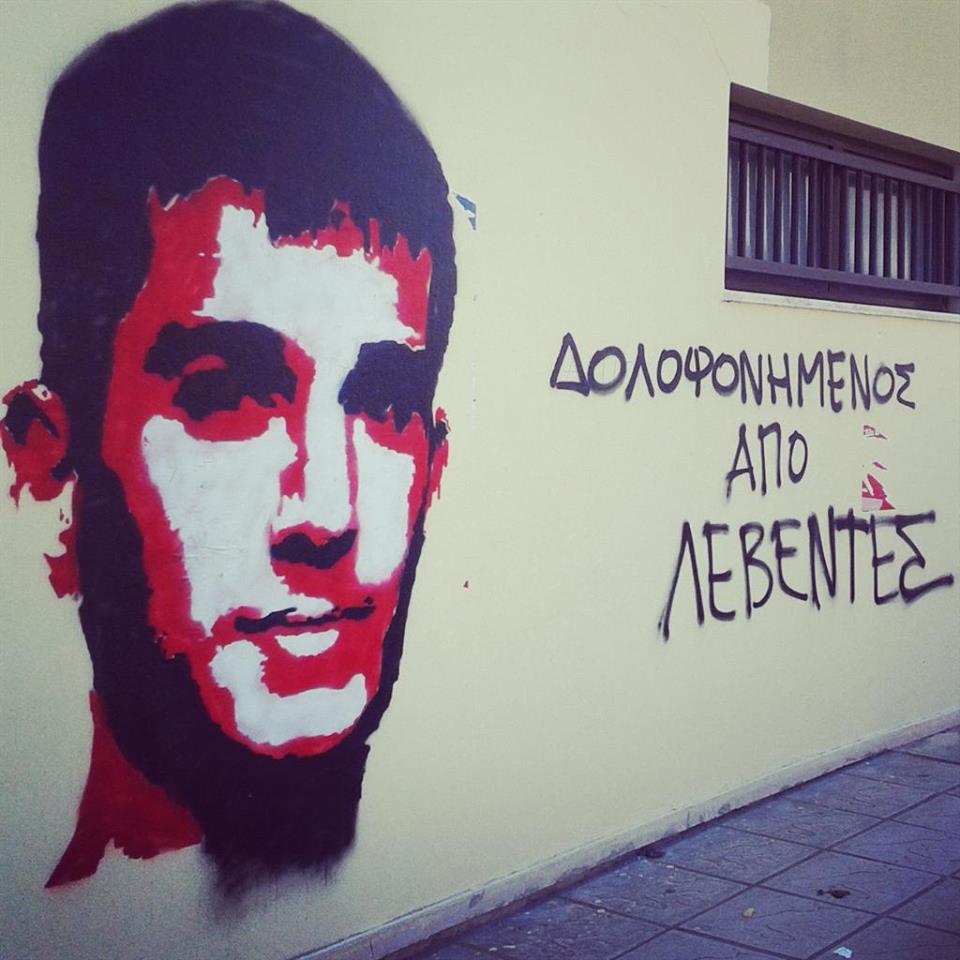 In his book The eyes of the city. An overview of street art. The case of Athens, Thanasis Chouliaras penetrates inside Athens, a city with a long past and a multifaceted present, an existing city. Following a similar course to that of Calvino, he starts from the structured space to approach the political and social space, through the reading of the illustrated walls of Athens, with the art of various street artists.

Based on the theoretical work of Henry Lefebvre and David Harvey, on the relationship of the city with space, and with the belief that, like any city, Athens is not limited to a spatial and historical context but is a living organization , investigates its political and social composition. In this direction, it analyzes in detail representative works, both in terms of their artistic space, as well as in terms of their relationship with the structured space of the city and, mainly, in terms of its experienced social and political space.

Street art, although constantly projecting its potential present on the Athenian walls, in an effort to communicate effectively with the passing citizens, had not been studied in depth until today. Especially its relationship with the political and social transformations of the Greek capital had only been approached superficially. 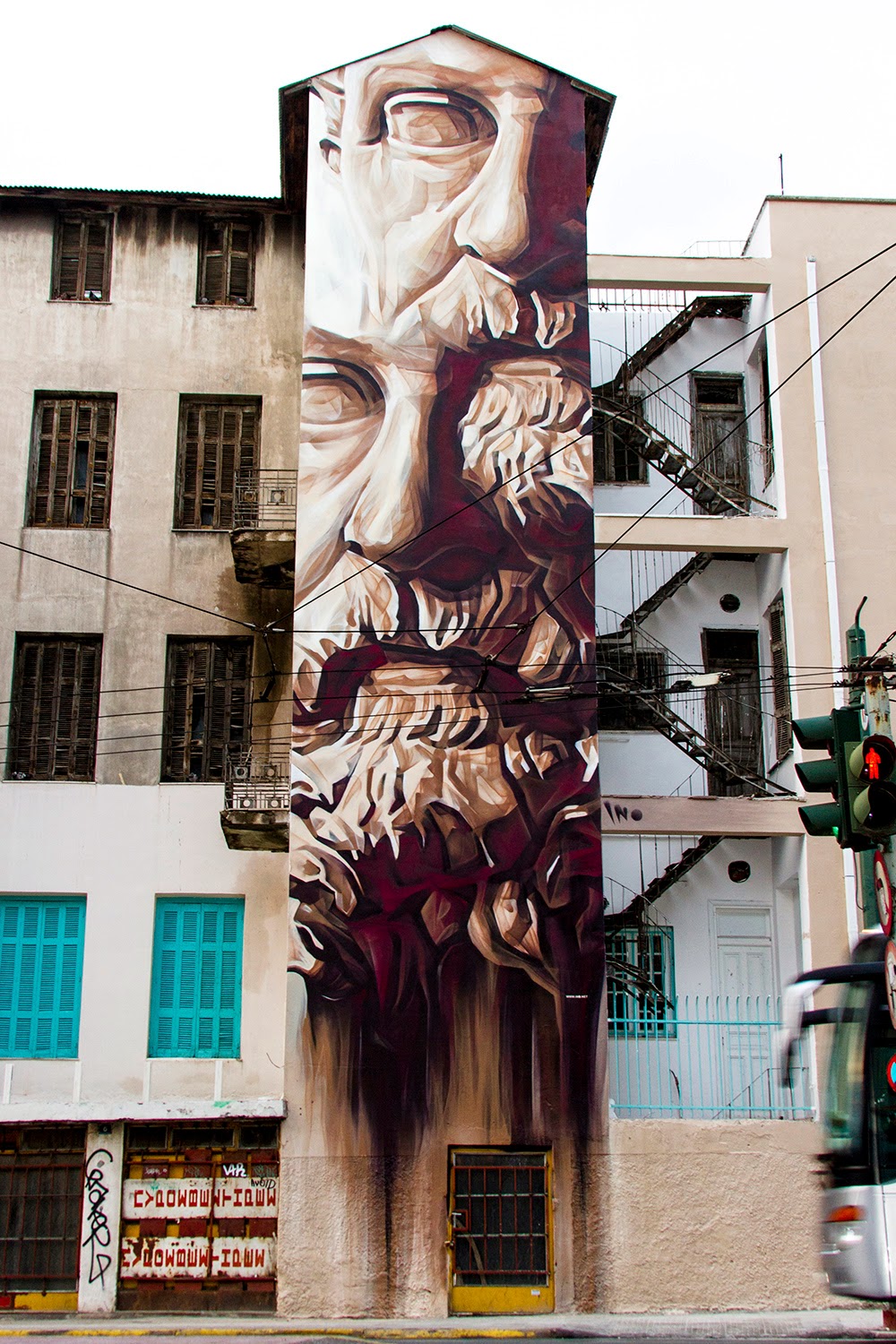 The present study by Thanassis Chouliaras paves the way for a thorough reading of this very contemporary art, whose role is directly intertwined with the concept of direct democracy and the triptych city - citizen - culture of ancient Athens. The author, whose research path I had the pleasure to follow closely, went from the visual to the perceptual field, from the aesthetics to the conceptual qualities and from the invisible to the visible world of the city of Athens.

Department of Communication and Media 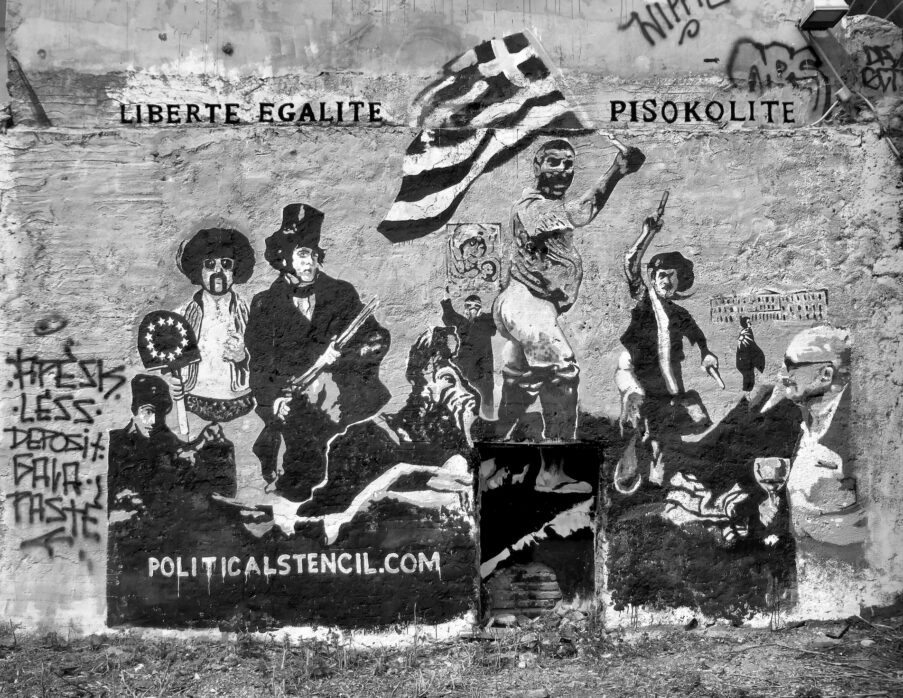 Ο Thanasis Chouliaras is a PhD candidate in the Department of Communication and Mass Media of the National and Kapodistrian University of Athens. His academic and research interests relate to issues of public space, art, cinema and digital culture. His doctoral dissertation is on the cultural identity of modern Athens. During this time he is an assistant researcher in the research program "1821 and Modern Visual Culture", which is implemented under the auspices of EKPA. Several articles in cultural criticism have been published. 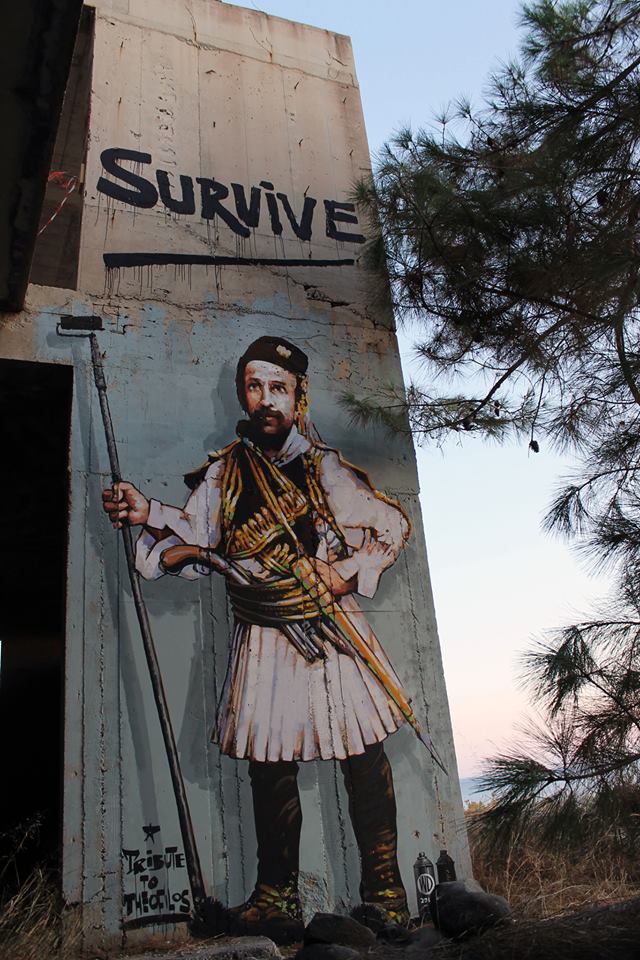 He is a graduate of the postgraduate program of Cultural and Cinematic Studies of the EMME department of EKPA and a graduate of the Department of Digital Systems of the University of Piraeus, specializing in Didactics. He has graduated from the modern song department of the Filippos Nakas Conservatory and is its singer and founding member. rock shape KollektivA. With the band he has released 3 complete albums 1 mini cd, as well as several digital ones Singles, while it has also been released 2 just albums, with the most recent one entitled Bad Fire, concerning an interpretation of melodic Greek poetry. He has collaborated with various composers and has starred in a number of musical and theatrical performances and musical, original and repertoire, in some of which he did the production. He has been a radio producer in the past.

The opening of a series of activities with the reopening of the organized beaches from today was announced by the Deputy Minister of Civil Protection Nikos Hardalias, saying that gradually and with ...
Read more
SPORT CITY

Silver medal for Pilidis in wrestling

Having already secured qualification for the Tokyo Olympics since yesterday with its qualification to the final of the Sofia Pre-Olympic Tournament, ...
Read more
SPORT CITY

They passed a new test on Friday at PAS Giannina after the postponement of the match with Apollon Smyrnis due to five cases in the team. And in ...
Read more
WORLD

Iran: For Supreme Leader Ali Khamenei, Israel is "a base of terrorism"

The state of "Israel is not a country, but a base of terrorism" that must be fought, said today the supreme leader of Iran Ali Khamenei, ...
Read more
COVID-19

Raul Gandhi, the leader of the main opposition party in India, warned today that if the deadly second wave of COVID-19 sweeps ...
Read more
SPORT CITY

Bologna: "We suffered a lot to get here where we are"

Panathinaikos will face AEK in the next match and only wants the victory in the effort it makes to go to Europe. Laszlo Boloni ...
Read more
News Bulletin Athens 9.84

The opening of a series of activities with the reopening of the organized beaches from tomorrow was announced by the Deputy Minister of Civil Protection Nikos Hardalias, saying that gradually and with ...
Read more