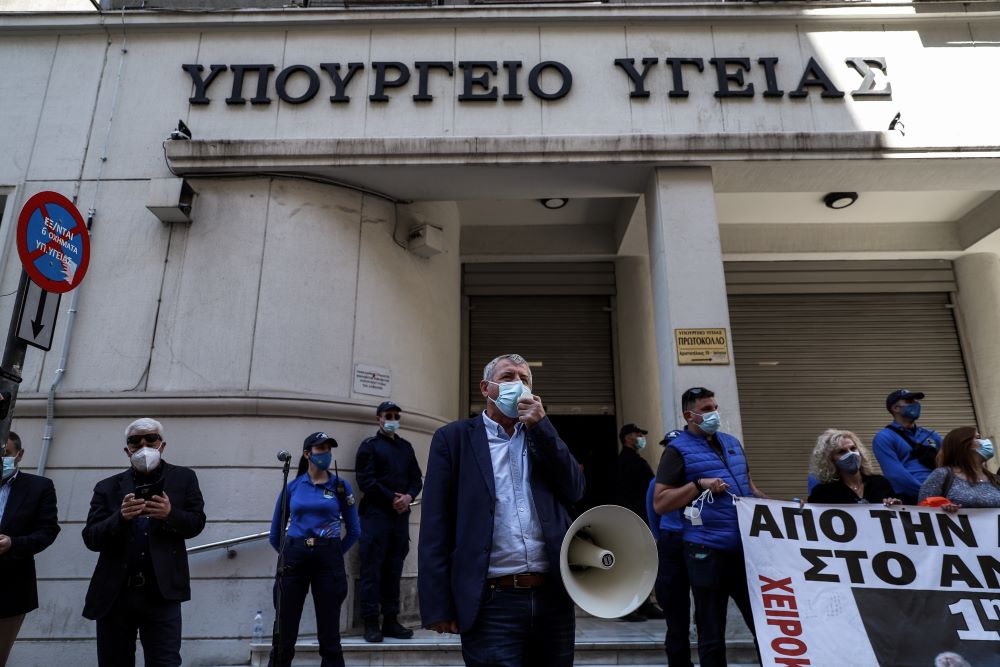 Health workers in the center of Athens mobilized, following a call made by the Panhellenic Federation of Public Hospital Employees (POEDIN). The Federation, in fact, has announced for today a work stoppage from 9 in the morning until 3 at noon.

The health workers started their mobilization in Mavili Square, from where they marched, through Queen Sofia, which ended up at the Ministry of Health.

During the march, the health workers made a "stop" in Irodou Attikou - the street of Megaro Maximos - to leave Easter baskets in front of the police cages and then laid a wreath outside the Greek Parliament, in memory of their colleagues who lost their lives during the coronavirus pandemic. 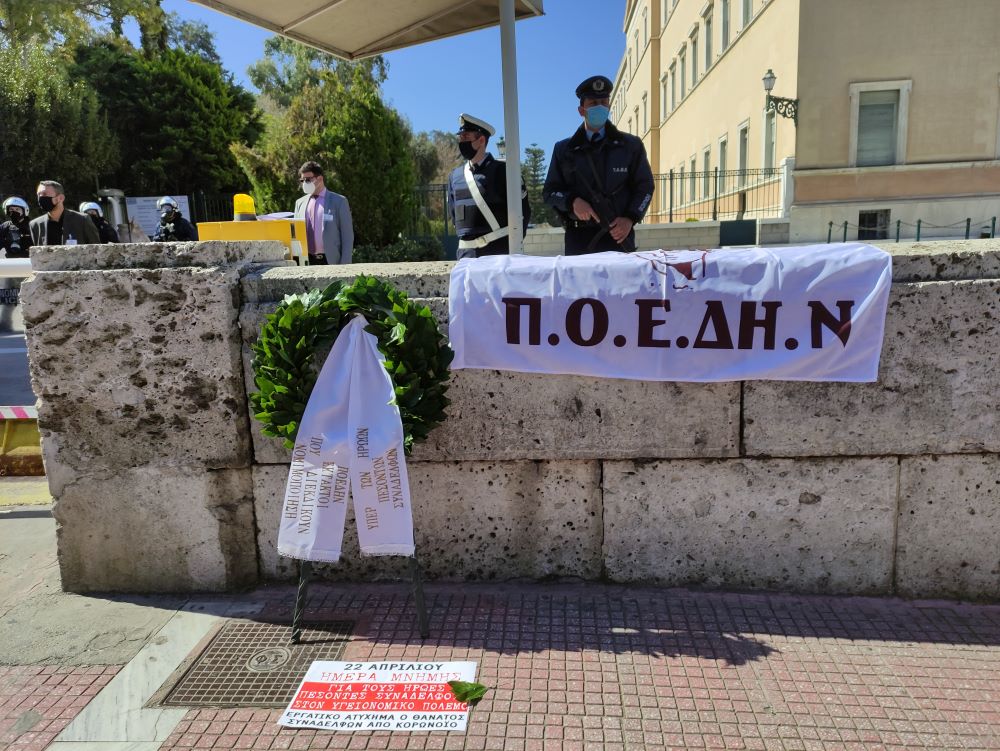 The meeting was not accepted and there was little tension at the door of the ministry, as the protesters insisted that the meeting be accepted and pushed with the police who were inside the building, without, however, the tension escalating. 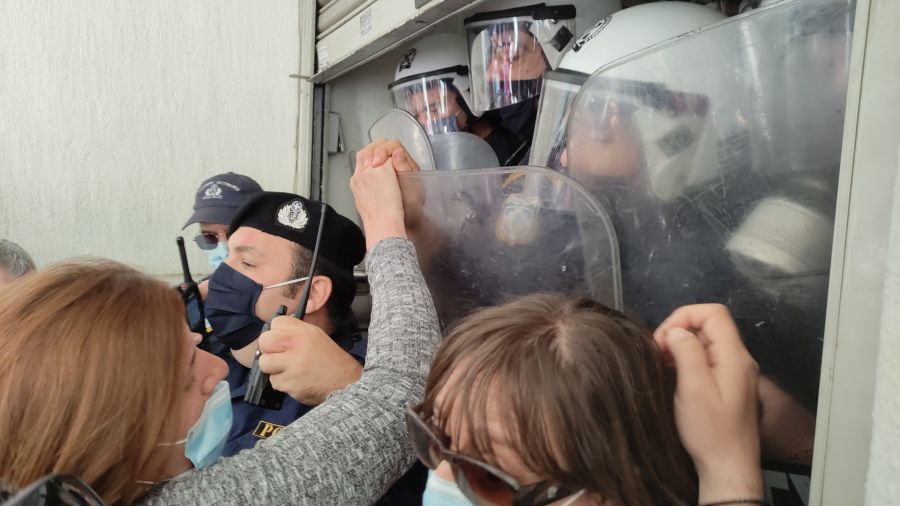 Health professionals ask, among other things:

-their inclusion in the Heavy and Unhealthy Occupations (BAE)

-the substantial strengthening of the National Health System

-the characterization of health deaths as occupational accidents

The Prime Minister expressed Greece's support for the initiative of the Portuguese Presidency in order to put a very high priority on the social agenda of Europe, ...
Read more
News Bulletin Athens 9.84

An extraordinary meeting was held today at the headquarters of the regional unit of Etoloakarnania, in Messolonghi, in order, as announced, to coordinate the co-competent bodies and services, as ...
Read more