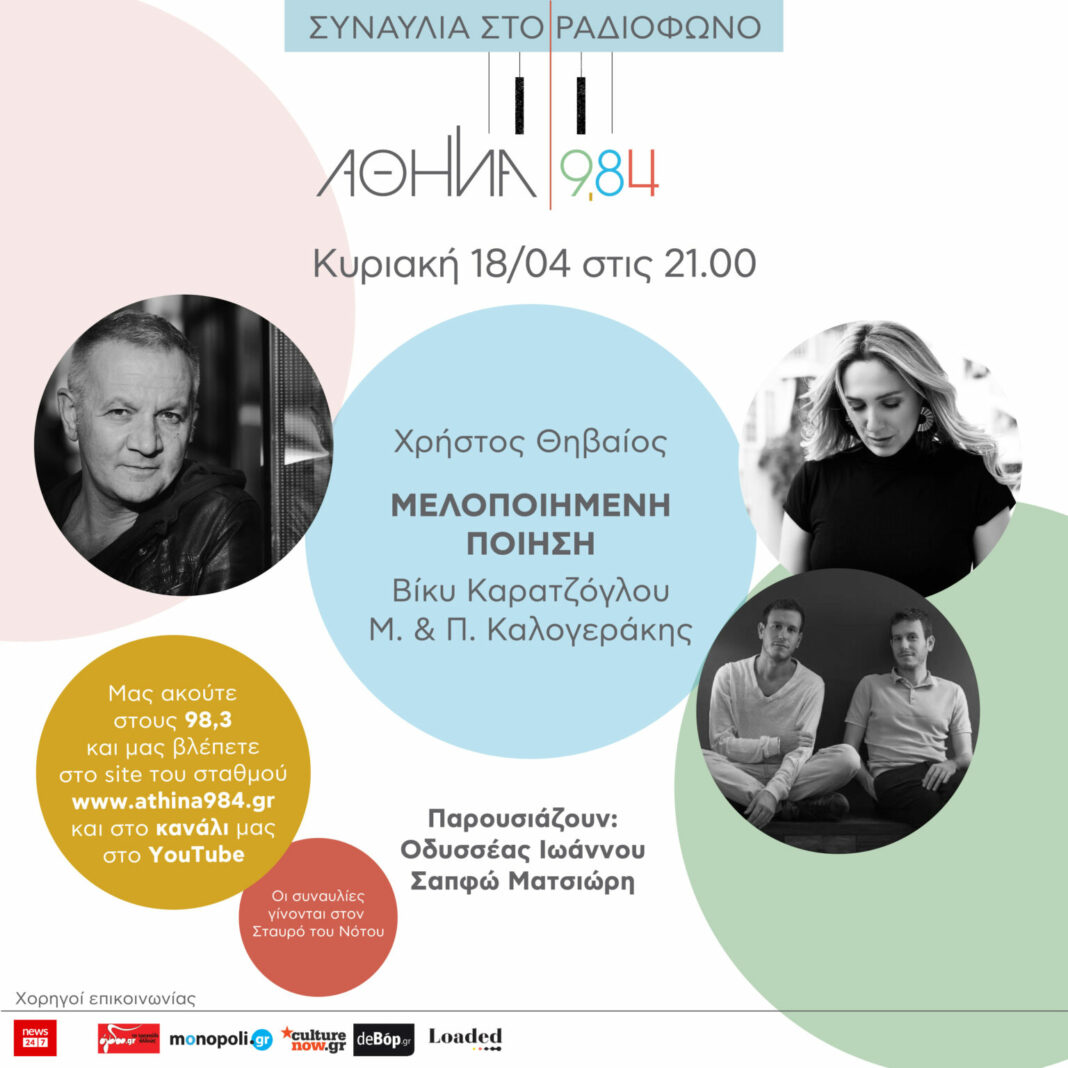 "Concert on the Radio"

Athens 9. 84 focuses on the Word of Greek Song and presents with sound and image 11 radio concerts. 11 musical events, 11 nights dedicated to the genres of the song but also to the lyricists who characterized it.

Premiere tonight at 9pm with one of the most valuable stories of Greek song, the Melodic Poetry. 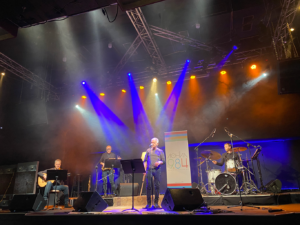 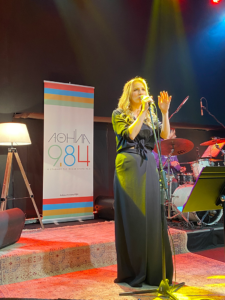 With them three great musicians:
Thymios Papadopoulos on wind instruments, who also took over the orchestration, Manolis Androulidakis on guitars and Kallistratos Drakopoulos on drums. 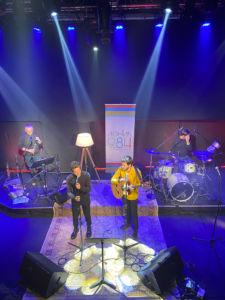 The concert was recorded and videotaped on the stage of the Southern Cross with absolutely radio logic, at a time when contact with art and live performances is something we have missed a lot. This Sunday night, at 9pm, this concert will be broadcast by our frequency, 98. 3. At the same time, it will be broadcast with an image on the Athens channel 9,84 on YouTube but also on our site www.athina984.gr

We note that all the performers observe the safety / protection measures and before the recordings they do a rapid test, in collaboration with the Standard Medical Diagnostic Centers Medicity.

For the rest of the program of the Radio Concerts of Athens 9. 84 enter https://www.athina984.gr/synaylia-sto-radiofono/

The concerts take place on the Main Stage of the Southern Cross.

A. Merkel: "No" to the removal of the vaccine patent

German Chancellor Angela Merkel stated today that she is against the suspension of the application of patents for the protection of vaccines against COVID-19, as something like this, ...
Read more
GREECE

Kabul: 25 dead and 52 injured in an explosion near a school

A bomb blast near a school in the western part of the Afghan capital, Kabul, has killed at least 25 people and injured 52, according to ...
Read more
984

The Prime Minister expressed Greece's support for the initiative of the Portuguese Presidency in order to put a very high priority on the social agenda of Europe, ...
Read more