Nea Erithraia: One dead and two injured in a house fire 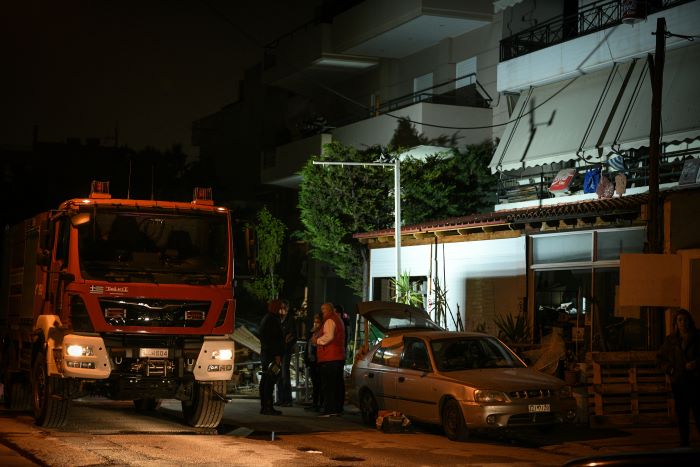 A tragedy occurred on Saturday night in Nea Erithraia after a fire broke out in a two-storey house.

The men of the Fire Brigade retrieved the body of a man who was inside the house, while they managed to rescue two people who were transported to the hospital with respiratory problems.

The causes of the fire remain unknown so far.

Twelve firefighters attempted to reach the spot with four vehicles, while there was assistance from volunteer firefighters.

A man's body was found and 2 people were rescued during the firefighting #fire in the two-storey house on Asia Minor Street in Nea Erithraia, which was brought under control.

Organized beaches in the country are reopening as of today in the context of the partial and gradual lifting of restrictive measures due to coronavirus. Kindergartens are reopening on Monday, ...
Read more
COVID-19

Another 24 deaths due to Covid-2.165 were recorded in Brazil in the previous 19 hours, while 78.886 cases of SARS-CoV-2 were confirmed, according to the data ...
Read more
WORLD

More than 175 Palestinians and six Israeli police were injured on Friday, most of them in the Mosque Square, in the Old City of ...
Read more
GREECE

A message of optimism and hope for the future of Europe and the way out of the pandemic is sent by a joint open letter to 21 European Leaders ...
Read more
COVID-19

Residents of Mexico City will be able to attend outdoor concerts and sporting events, with limited capacity, starting next week ...
Read more
984

As of today, the organized beaches are reopening, while the percentage of area per customer, which corresponds to stores over 500 sq.m., is reduced to 50 ...
Read more
GREECE

The electronic services of GGPSDD are not available from 06:00 until Sunday at 12:00

From today at 6 in the morning until tomorrow at 12 noon the electronic services provided by the general secretariat are not available ...
Read more

INNOVATHENS, the hub of innovation and entrepreneurship of the Technopolis of the Municipality of Athens, presents for the month of May a rich educational program designed according to ...
Read more
CIVILIZATION

The "pocket parks" of the Municipality of Athens are blooming

They "mushroom" like an oasis of coolness and elegance between apartment buildings. These are the so-called "pocket parks", something that was missing from the most densely populated city of ...
Read more