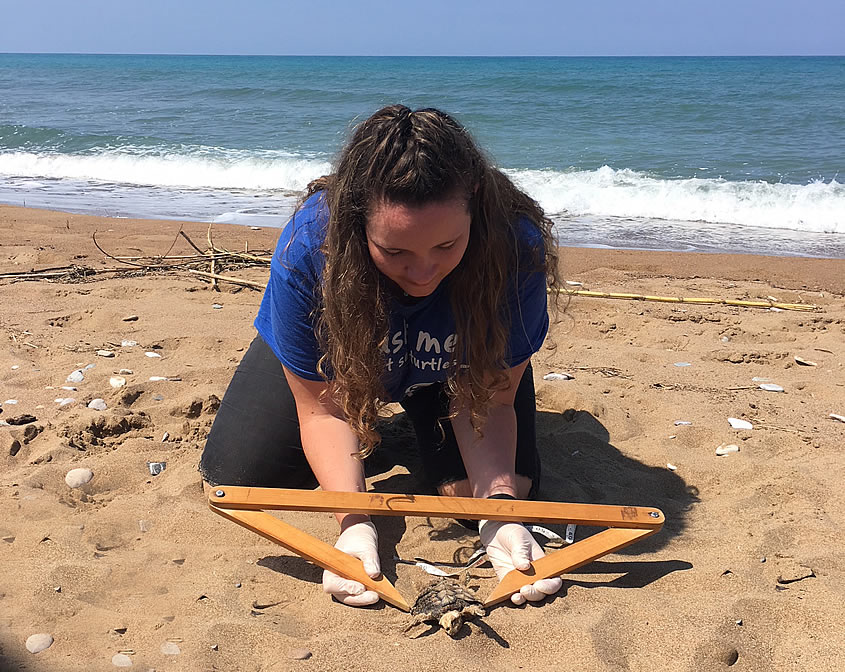 ARCHELON calls on everyone to be more vigilant in view of the summer, for the 700 dead turtles that were recorded this year in our country, more than any other year since the start of the Rescue Network in 1992. Accidental catches of fishing gear and plastic waste are the main threats to the sea.

According to the organization, every year all the "Maritime Tickets" concerning sea turtles from the local Port Authorities of the whole country, along with photos and other relevant information, arrive at the Sea Turtle Rescue Center of ARCHELON in Glyfada. For the first year since 1992, when the National Sea Turtle Rescue Network was established by ARCHELON, the reports of dead turtle eruptions exceeded 700.

In previous years, ARCHELON emphasizes, the reports ranged from 500-600 per year. The researchers / volunteers who support the Rescue Network systematically examine each case of outbreak, in order to better organize the Network and assess the threats faced by sea turtles by area.

It is not always possible to determine the cause of death

He points out that the causes of death of turtles are mainly related to the accidental capture of turtles on fishing gear, the ingestion of plastics, the trapping of plastic waste in the sea and the collision with speedboats. But often it is not possible to determine the cause of death, especially if sepsis has occurred. It is also not possible to locate the exact area where the particular problem occurred, as currents and waves can carry dead animals over long distances.

In cases where boiled animals have obvious head or shell injuries, they may have been caused by a collision with a boat or intentional injury to humans. Also, interaction with fishing gear (nets, longlines) can sometimes leave external marks that determine the cause of death. Many times, however, there are no obvious injuries or scars in dead animals, so the events lead to drowning after accidental capture of fishing gear or ingestion of plastics leading to slow death, as their gastrointestinal system can not process the plastic.

According to the network, there are typical cases of mass eruptions of dead turtles in extensive fishing fields, such as very recently in the Gulf of Kyllini in Western Greece and on the shores of the Thracian Sea a few years ago. Such cases are probably due to the "baskets" of trawlers, which due to the smooth bottom last a long time and do not allow trapped turtles to emerge to breathe. When dead turtles erupt on the shore, it is usually too late to assign responsibilities to specific vessels.

In any case, the reported turtles that erupted on beaches do not represent the total number of deaths that occur each year and the actual number of turtle deaths in the Greek seas is not known. This is because the coastline of Greece is very extensive, about 17.000 km long, and includes largely steep coasts, where there is no access for people.

You inform the nearest Port Authority, so that the event can be recorded by completing a special form (Maritime Bulletin). If possible, the veterinarian is called to determine the death and the cause. The Port Authority is competent to call the Municipal Service for landfill.