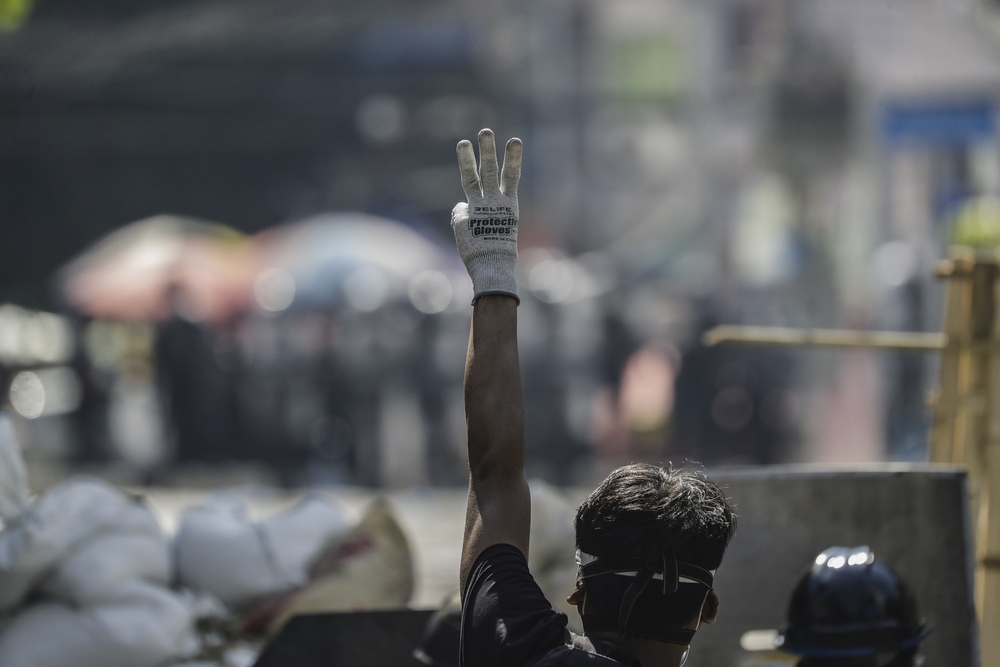 The UN High Commissioner for Human Rights said today that it feared a general conflict like the one in Syria would break out in Myanmar, warning of possible crimes against humanity committed against the country's population.

"There are clear associations with Syria in 2011. And there we saw peaceful demonstrations being met with pointless and clearly disproportionate violence. "The violent and persistent repression of the state against its own people has led some to take up arms, which has led to a spiral of violence across the country," said Michelle Bachelet. "I am afraid the situation in Myanmar is leading to a generalized conflict. "Countries should not allow the fatal mistakes made in Syria to be repeated," she said in a statement.

According to a report by the Association for the Aid of Political Prisoners (AAPP), at least 710 people have lost their lives in violent repression of anti-junta protests, including 50 children. About 3.000 people have been arrested.

The military is increasingly cracking down on the pro-democracy movement, which has taken thousands of Burmese to the streets and paralyzed many sectors of the economy with strikes.

"We have witnessed another weekend of bloodshed in many parts of the country, most notably the massacre of at least 82 people in Bago on Friday and Saturday," Bachelet said. "The military seems determined to intensify its relentless policy of violence against the people of Myanmar, using military-style weapons indiscriminately," the High Commissioner said, citing the use of grenade launchers and mortars and airstrikes.

According to the UNHCR, which did not disclose its sources, 23 people have been sentenced to death following secret trials, including 4 protesters and 19 people accused of committing political and criminal offenses. Mass arrests have forced hundreds of people into hiding, according to the UN.

Bachelet called on countries to take "immediate, decisive and effective" measures to force the junta to end Myanmar's "campaign of repression and slaughter."

"Condemnation statements and limited, targeted sanctions are clearly not enough. "Influential countries must immediately put concrete pressure on the military in Myanmar to stop serious human rights abuses and potential crimes against the population."

The professor of the University of Piraeus and former PASOK MP Theodoros Katsanevas "passed away" at the age of 74, who was hospitalized by intubation ...
Read more
NEWS

French President Emmanuel Macron today urged the US government to lift restrictions on exports of vaccines against COVID-19, but also ...
Read more