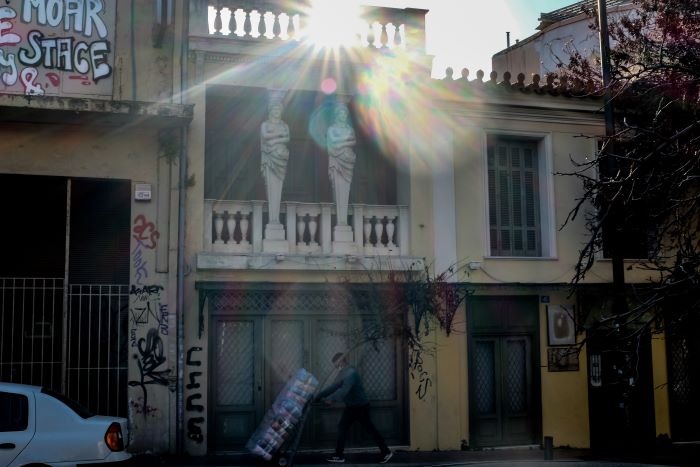 The regional units of Kozani, Pella, Grevena, Kilkis and Veria are entering the deep red from today, as announced by the Deputy Minister of Civil Protection Nikos Hardalias, while referring to self-testing he said that it is a "weapon" that we did not have at our disposal until today .

Details of the areas that remain in the deep red level:

- Evia except for the Municipality of Skyros

- the Municipality of Chios of the Regional Unit of Chios,

- the Municipality of Anogia of the Regional Unit of Rethymnon,

- the Municipality of Chania of the Regional Unit of Chania,

- the Municipalities of Ioannina and Metsovo of the Regional Unit of Ioannina,

- the Municipality of Katerini of the Peripheral Unit of Pieria,

- the Municipality of Amfipolis of the Regional Unit of Serres,

- the Municipality of Skiathos,

- the Municipality of Karditsa,

- and the Municipalities of Kastoria and Orestidos of the Regional Unit of Kastoria.

"It is worth noting that Evritania, Arcadia, Chios, Anogia and Skiathos show a clear improvement in their epidemiological picture, a development that if continued will allow them to come out of the deep red next week," said Mr. Hardalias.

Extension of the special regime

He then announced the extension of the special regime of additional restrictive measures until April 5 for Leros and the municipal community of Galatini in the municipality of Voio in the Regional Unit of Kozani. Specifically, as he said, these areas are and remain in a special regime of additional restrictive measures and a declaration of civil protection emergency, a regime that is extended until Monday, April 5.

"The country's economy is moving forward. We will have rapid growth rates ahead of us in the coming years. I tell you this with certainty and important ...
Read more
COVID-19

Koronios: Rain of checks, fines and arrests for violation of measures

Intensive checks are carried out throughout the country by the Hellenic Police Services to implement measures to prevent and limit the spread of ...
Read more
GREECE

In the early morning hours, unknown individuals placed an improvised explosive device at the entrance of the apartment building where the political office of ND MP Giannis Kallianou is housed, ...
Read more
WORLD

The death toll from yesterday's bombing of a Shiite mosque in the city of Kandahar has risen to at least 63, as one ...
Read more
WORLD

Italian unions are protesting in Rome today against fascism

Italy's largest trade union, Cgil, with the participation of all other unions in the country, organizes today, from 14:00 local time, mobilization ...
Read more
WORLD

The British Minister of the Interior Priti Patel stated today that security measures will be applied for the members of the parliament, so that they can exercise ...
Read more
News Bulletin Athens 9.84

The Minister of Civil Protection, Christos Stylianidis, the Deputy Minister, is going to Ithaca and to areas of Agrinio and Messolonghi that were affected by the bad weather ...
Read more

A garden in the urban landscape of the municipality of Papagou-Cholargos was created and since last week it produces beauty and action by the people who ...
Read more
984