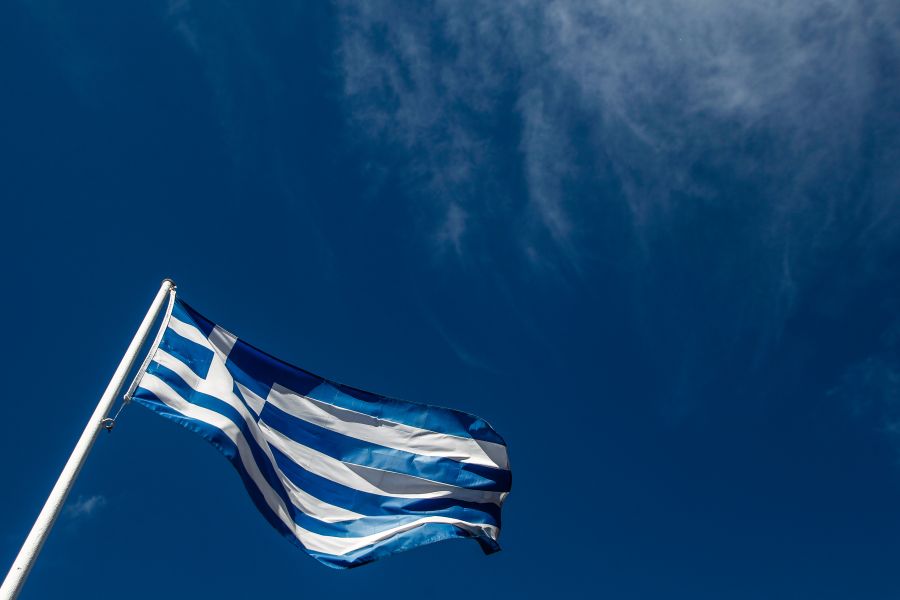 The "Greece 2021" Commission, despite the obstacles created by the pandemic, has prepared six actions to mark the 200th anniversary of the Greek Revolution of 1821. With these actions the "Greece 2021" Commission seeks: "to honor the day that our ancestors lit the flame of freedom and, at the same time, through a virtual dialogue with them, to highlight where the sacrifices and struggles they gave led, where Greece is today, through the course of these 200 years " , as mentioned in the relevant announcement.

The actions of the Commission "Greece 2021" in detail

<br>•Screenings on buildings in 18 cities in Greece: "Animating" the history of the Revolution

The action concerns the simultaneous projection in selected buildings of 18 cities of Greece, with the predominant building of the Greek Parliament, a visualized narrative of the Revolution, through works of art contemporary with it. This is the largest projection mapping project that has ever been done in Greece and will be implemented under the responsibility of the Laboratory of Intelligent Environmentalists of the School of Architecture of the Technical University of Crete.

In addition to the history of the Revolution, the screenings will emphasize the particular history and heroes of each city. The cities will be: Athens, Alexandroupoli, Heraklion, Thessaloniki, Ioannina, Kalamata, Corfu, Lamia, Larissa, Messolonghi, Naoussa, Nafplio, Piraeus, Rhodes, Syros, Tripoli, Chania and Chios.

The action was scheduled for March 25, but due to the restrictions imposed by the pandemic, it was postponed to May 8 and 9.

It is a documentary, produced by the Commission, which is an imaginative narrative of the two centuries of modern Greece. It is based on archival material and evidence and approaches the subject by highlighting not only elements of our military or political history, but also elements from the sections of science, arts and everyday life. In essence, it attempts to show how from "we fought for them" by General Makrygiannis, through successes, difficulties and setbacks, we came to what we are today: a modern, democratic and European state.

The film will be shown to the public for the first time on March 25. The screening will take place at 19:00 on the state television channel ERT 1 and then, at 20:00, the film will be available for viewing through the Commission's website and social networks. It will also be available at Greek embassies, in Municipalities, in the departments of Greek studies at universities abroad, in order to use it in their events, while it was also offered to the Ministry of Education, to be used by schools.

An ode to the Little and Big Heroes of 200 years, because behind every historical path there are always people. The action includes the projection on public screens, images and biographical data of 1000 historical figures who with their work left their mark on the modern history of Greece.

These are well-known and famous people who excelled in various fields of social activity but also for people of everyday life, who stood out for their contribution. The action will be broadcast on existing public display systems, in various places such as public transport, airports, train stations and other contracted entities, but also online.

On March 25, from 12:00, the first 200 personalities will be presented, which will also be accessible on the Commission's website, while the action will be extended throughout the year, in order to highlight 2021 as the "year of Greek women and Greeks ".

To honor the course of these 200 years after the Revolution, the "Greece 2021" Commission created a unique collection of 14 collectible coins that will forever keep alive in our memory the bicentennial of the Revolution.

The Monetary Program is a central point of reference of the anniversary, as it gives the opportunity to every Greek woman and every Greek to acquire souvenirs of special emotional value. Through the Monetary Program, the Commission also honors each region of Greece individually and highlights emblematic personalities who associated their name with these regions.

In this context, in a symbolic event that took place on Friday, March 19 at the Mint, in the presence of the Deputy Minister of Finance Thodoros Skylakakis and the Governor of the Bank of Greece, Giannis Stournara, the Commission, through its president Gianna Angelopoulou-Daskalakis the people who contributed to the creation of the collection.

The "Greece 2021" Commission is launching a four-page commemorative leaflet for the anniversary of March 25, which will appear as a cover in the daily newspapers on March 24. It will also be available in digital form on the Commission's website.

This commemorative edition includes messages from the state and political leadership of the country about the importance of the Revolution of 1821 but also about the course of modern Greece. Information on the work and activities of the "Greece 2021" Commission will also be included.

The Committee asked the favorite songwriter and member of the Plenary Session of the Committee, Dionysis Savvopoulos, to organize a small music parade for '21, for our memory, for our identity. A musical parade with diamonds of our music, with favorite voices in unique recordings, to accompany us in the celebration of the two hundredth anniversary of the Revolution.

The first part of the action will be accessible in the form of a podcast from the Commission's website on 25 March at 12:00, while during the year it is expected to be expanded and expanded with new musical narratives and routes.

Detailed information on these actions is available on the Commission's website at the link greece2021.gr/25martiou.

No. Peloni: Ms. Ahtsioglou instead of apologizing tried to justify the unjustified

"How is it that every time former SYRIZA ministers express what they really believe fall victim to misinterpretation and propaganda, it is questionable," he says ...
Read more
WORLD

Covid 19-Cyprus: Relaxation of measures from tomorrow 10 May

"From tomorrow, Cyprus is taking a step towards a return to more normal rhythms of social and economic activity. This step is the result of many months ...
Read more
WORLD

Italy: Nearly a thousand migrants and refugees arrived in Lampedusa in the last 24 hours

In the last twenty-four hours, almost a thousand immigrants and refugees have arrived on the small Italian island of Lampedusa in southern Sicily. A while ago, the last arrival, at Molo ...
Read more
COVID-19

India is going to recruit hundreds of medical staff who have served in the armed forces to support the country's healthcare system, ...
Read more
News Bulletin Athens 9.84

Increased traffic on the commercial streets of the capital as the shops are open today until 6 pm, as part of the intermediate discounts, ...
Read more
WORLD

The death toll from an explosion outside a girls' school in the Afghan capital, Kabul, has risen to 58, officials announced today, with ...
Read more
ECONOMY

The payment of compensation for the April suspensions includes -among other things- the scheduling of payments by the Ministry of Labor and Social Affairs, e-EFKA and OAED ...
Read more

EODY: Where will the free rapid test be done today?

Today, Sunday 9 May, Mobile Health Teams (KOMY) of the National Organization of Public Health (EODY) will be located in central locations throughout the territory, where ...
Read more
IT HAPPENS IN ATHENS

Mothers who, while suffering from the COVID-19 infection, gave birth to their children, but also mothers who, as doctors or nurses, experienced the pandemic in ...
Read more
IT HAPPENS IN ATHENS

On the occasion of the World Nurses Day on May 12, 2021, the Hellenic Nurses Association in collaboration with the Regional Departments and the National Center ...
Read more
IT HAPPENS IN ATHENS

Knitting, in recent years, is gaining more and more fans, including men, as it is an anxious and relaxing activity. The Cultural Foundation ...
Read more
STREAMING

# ATJF2021: what we all expected is here! 27 - 29 May 2021 The Technopolis of the Municipality of Athens presents the 20th organization of the Athens Technopolis Jazz Festival and the ...
Read more