M. Schoinas: 70% of EU citizens will have been vaccinated by the end of the summer 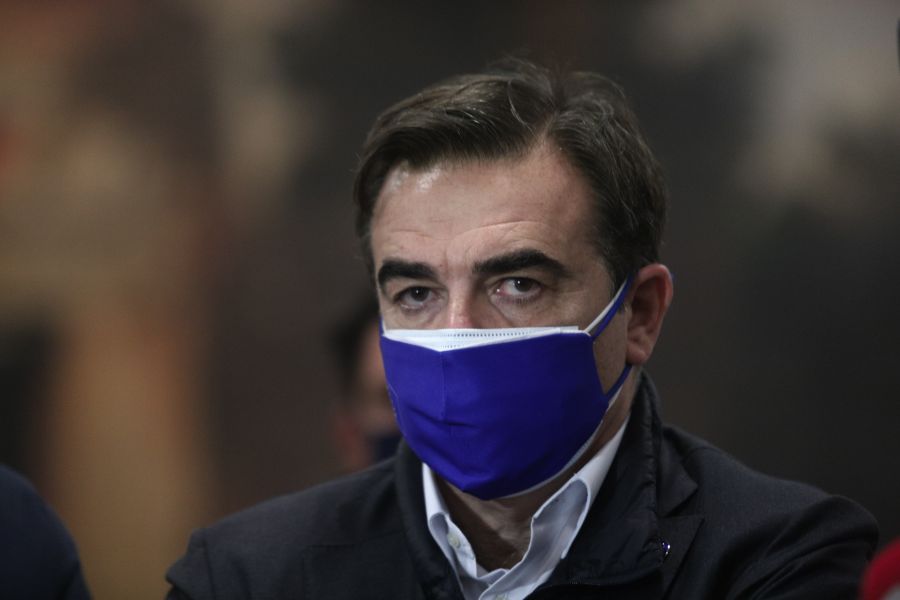 The European Union is fully committed to the goals of its vaccination program and by the end of the summer 70% of the general population will have been vaccinated, said Commission Vice-President Margaritis Schoinas and hoped for an agreement before the summer on "green certificate".

"This is the largest vaccination program in human history. "No one has ever bought so many vaccines from so many companies for so many people", stressed Mr. Schoinas, on the sidelines of the meeting he had in Thessaloniki with the mayor of Serres, Alexandros Chrysafis.

Asked by a journalist about the criticisms made regarding the management of the vaccination program, he replied that "it is next in a colossal program of this scope to have some arrhythmias" and continued: "Mainly at the beginning and mainly by one of the four companies we have approves their vaccines, which suddenly discovered that it could not combine its commitments to the EU with its ability to produce vaccines. "

"This situation is being normalized with a series of measures we have taken. We are fully within the goals of the vaccination program, by the end of June we will have 300.000.000 doses already available to which are added the 60.000.000 already available by the end of March. We will be able to vaccinate 70% of the general European population by the end of the summer, perhaps a little earlier, and before the summer all the elderly. So the noise is noise but the essence is that the European vaccination program is progressing and will be judged in its final development not in the initial one ", underlined the Vice President of the Commission.

Asked about the German Foreign Minister who spoke about "mistakes", Mr. Schoinas pointed out: "In Germany, which is preparing for elections in September, politicians have some tendencies to link their political and electoral aspirations with the situation in Europe. ”.

Regarding the "green certificate" Mr. Schoinas noted: "It was an idea that in the beginning did not have too many friends but within two months we managed to make it from an idea proposal and we expect a decision to be made soon. It will be discussed at the Summit next week and we hope that before the summer we will have the agreement of the Member States and the European Parliament so that this European summer is not lost ".

"We are fully within the goals of the program and by the end of the summer 70% of the general population will have been vaccinated," said Commission Vice President Margaritis Schoinas.

The new laboratory confirmed cases of the disease that were recorded in the last 24 hours are 5.157, of which 11 were identified after checks at the gates ...
Read more
News Bulletin Athens 9.84

Thousands of people gathered today in Utrecht, in the central Netherlands, to protest the new anti-coronavirus restrictions, which came into force in ...
Read more