Stella Kyriakidou: The green certificate respects the personal data of the citizens 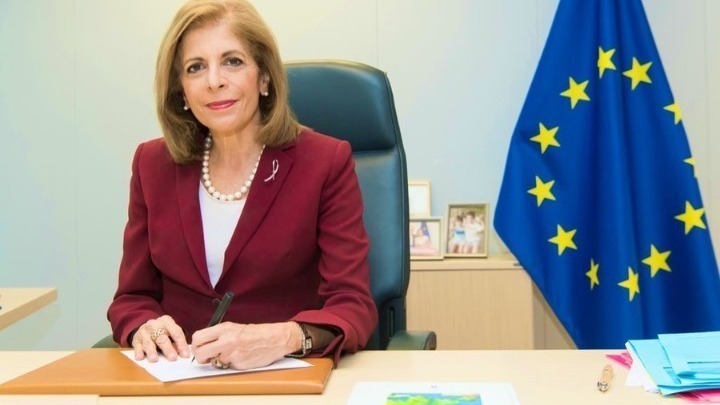 He described the availability of the green certificate until June as "feasible", Health Commissioner Stella Kyriakidou, speaking to ET1, said she was optimistic that it would be adopted by the European institutions.

"I believe that, as we have consulted with the Member States, it will move forward," he said, noting that the certificate "has been carefully designed and respects the protection of personal data, but at the same time there is a separate code to authenticity is ensured. That is why we are optimistic that it is something that will be adopted. "

He also pointed out that "it is important for the citizens to feel that there is a security, so that they can gradually return to a new - I would say - regularity, in the summer travels and it is a way to secure the citizens themselves".

Asked if it would be "operational" by June, he stressed that "some preparation needs to be done by the Member States themselves, so that they have the technical infrastructure ready for the certificates to work", he added:

"I think it is possible and the goal is just to be able - especially for countries like Greece, which are waiting for the summer season - to have this facility, safely, in the movement of citizens."

He reiterated that the certificate would state whether anyone had been vaccinated, tested negative or recovered, and that it was "a flexible certificate that could be adapted to scientific developments. "We believe that it will significantly facilitate a European approach that will ensure the gradual opening of the economy and societies."

He pointed out, after a relevant question, that it is up to the Member States to decide whether to ask citizens who have been vaccinated with a vaccine not approved by the European Medicines Agency to have a test at the same time or to accept it, and added:

Regarding the delays in the delivery of vaccines, he described the deliveries of the company AstraZeneca as "particularly problematic", stressing, however, that "let us not forget that pre-purchase agreements have been signed here and what we ask from all companies is to comply with these agreements, which they have signed with the Commission and, of course, with the Member States ".

Referring to tomorrow's final decision of Coreper on the company's vaccine, he stressed that, from the beginning, safety issues were "essential for us", as he said, which is why the European Medicines Agency is studying all the latest data. days ".

Regarding the vaccination schedule in the EU, the Health Commissioner said: "We have proceeded - and ensured - that there is an earlier delivery of the Pfizer vaccine - 4 million doses - before the end of March, and, the day before yesterday, President von der Leyen announced another 10 million installments, which will be delivered earlier, in the second quarter of 2021.

With these data, we expect that from April we will have about 100 million installments - and deliveries - per month in the second quarter. And it is a significant improvement from the numbers we had in the first three months. "

"I understand that there is this impatience and fatigue for the pandemic, for the measures. We also have the mutations, which, as we see, have created another, different pressure on the health systems and the citizens ", he said and, immediately added:

"We have set a goal: By the end of the summer we will have vaccinated 70% of adult European citizens. It is a feasible goal, with the numbers we have today, for the deliveries that we will have ".

He pointed out that from April "another Jonson & Jonson vaccine is coming in, one dose", the deliveries of which, as he said, are expected around the middle of April. Thus, "we will have about 200 million from the Pfizer vaccine in the second quarter, about 35 million from Moderna, 55 million from Jonson & Jonson and, if the AstraZeneca vaccine goes ahead, another 70 million." .

"That is why the vaccination will proceed. It is already moving at a much better and faster pace ", he added, noting that" unfortunately we are dealing with a pandemic in which we see constant changes and mutations and we should all continue to adhere to the measures, until we have covered a significant percentage of the population ".

"Of course, we will all be judged later, as a result," he said, adding: "We have all achieved a lot together. And last June, when the European Vaccine Strategy was launched, there was no vaccine. And we have now licensed four vaccines and we are moving on to more.

And we have a portfolio that really gives us options. There are and there have been problems with production, with deliveries. Now, I believe - that the pace of deliveries has significantly improved, but all of us - every citizen - should make this last effort with our patience, so that as many citizens as possible are vaccinated as soon as possible and return in a new everyday life ".