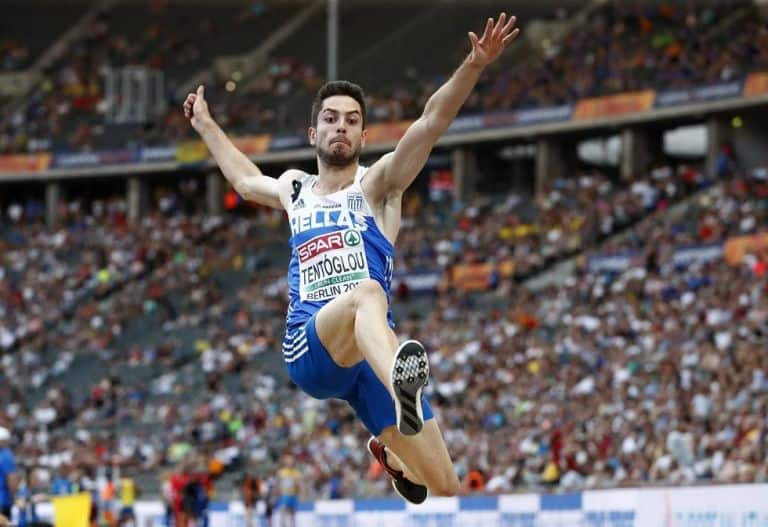 Miltos Tentoglou is competing in the final long jump at the European Indoor Championships and despite his injury problem he is aiming for a medal. Six more entries in the program of the day.

The main course of the European Indoor Championships held in Torun, Poland starts on Friday.

The participation that stands out from the Greek side is that of Miltos Tentoglou in the final length. A few days before he turns 23, the great jumper is one of the favorites for a medal and despite his knee injury he wants to win gold.

Tentoglu advanced to the final with the second performance (8,04), after his best was his main opponent, on the way to gold, Tobias Modler (Sweden), who started with 7,93 m and in the second jump made 8,18, XNUMX m. And improved his record this year.

From there, six athletes start their effort on Friday at the European Indoor Championships in Torun, Poland.

Dimitris Tsiamis and Nikos Andrikopoulos will start in the triple in a qualifier where 14 athletes will participate and eight of them will qualify for the final either with the best performance or with the limit of 16,80 meters. Tsiamis has achieved 16,42 m this year and has shown that he can go further, while Andrikopoulos 16,39 m. Performance that he will seek to improve.

Irini Vassiliou is in good condition and will qualify for the semifinals of the 400 meters. The experienced athlete will compete in the seventh row and with 52.96 has the fourth performance of the five athletes who will run in her turn. The first two from each series and the four best times from the total of the series will qualify for the semifinals.

Anastasia Marinakou will have her first participation in the European Indoor Championship, who will run in the third row of the qualifying measures and her main goal is to improve this year's 4.19.84. In the final of 1.500 m. Will qualify the first two athletes from each series and the three best times. Konstantina Giannopoulou will also make her debut in the event, sitting on the starting line of the 6th and last qualifying series of 800 meters. Our champion has an individual record from this year 2.04.84 and to advance to the next round she will have to finish in the first three places of her series.

Ioanna Zakka will represent our country in height and aims to improve her individual record indoors, which is 1,85 meters. The qualifying limit in the final height is 1,94 meters.

ERT will broadcast the matches live, through the ERT3 frequency and ERT Sports channels on ERT's free digital platform, ERTFLIX.

The documentaries will be screened on the online platform of the Thessaloniki Film Festival from Thursday 22 to Sunday 25 April 2021. Journeys of courage, hope, generosity ...
Read more
GREECE

Green light for payments PARTNERSHIP - What is provided for suspensions

Tomorrow, the ministerial decision is expected to be signed, which will give the "green light" for the payment of at least 60.000 employees, who ...
Read more
SPORT CITY

The apology from the management of Manchester City

The executive director of Manchester City, Ferran Soriano, apologized on behalf of the property, for the involvement of the "citizens" in the fiasco of the European Super ...
Read more
COVID-19

WHERE and Coreper will examine the manufacturing practices of Sputnik V

Technical experts of the World Health Organization are expected to start the new round of testing of the Russian vaccine Sputnik V against covid-19 together with ...
Read more
WORLD

Russia has arrested a man in Crimea for spying for Ukraine

G. Papatheodoridis: The majority of citizens are positive about the Donation of Organs

Organ and Tissue Donation is the leading form of voluntary offer to fellow human beings while the dissemination of the idea of ​​transplantation depends on an important ...
Read more