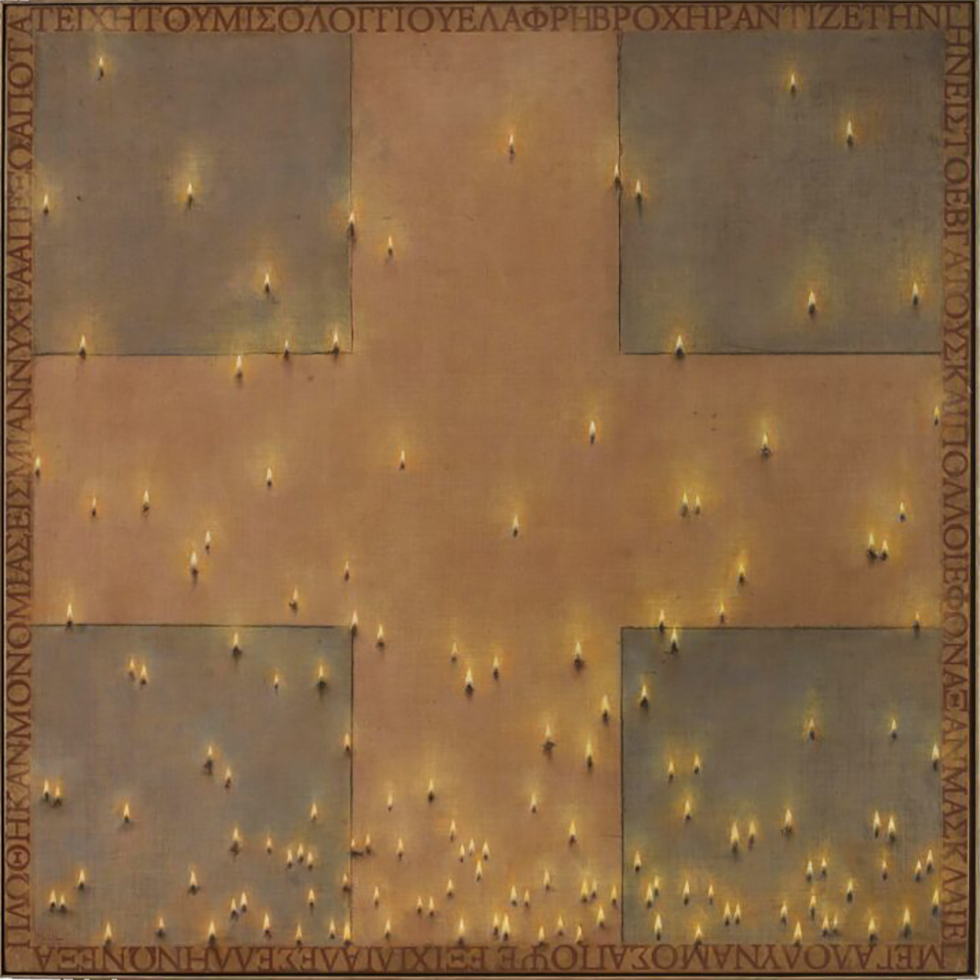 It is well known that symbolism, at the political level, always serves purposes.

The celebration of the birthday of a laurel-wielding Russian general, Potemkin, echoes the insidious desires of Catherine the Great.

On April 27, 1779, to commemorate his birth, Potemkin organizes a majestic celebration with fireworks, luminaries and songs in the Greek language.

Especially for the occasion, in fact, a coin depicting the Church of the Holy Wisdom of God in Constantinople was minted.

Catherine the Great's aspirations, according to her contemporaries, were towards Constantinople and were called "Greek plan".

Tsarina, as soon as her second grandson was born, often declared in her inner circle that she was to reign on the throne of the Byzantine emperors.

His education was similar: the young prince Konstantin Pavlovic had a Greek nurturer and Greeks in his service.

In fact, it is depicted in a painting by Richard Brobton, at the age of two, holding another Great Constantine, a banner, the pole of which is crowned with the "Cross of Victory" *.

The Brazilian Ministry of Health announced yesterday Wednesday that in the previous 24 hours, 79.719 cases of SARS-CoV-2 were confirmed in the laboratory, while during the same period they succumbed ...
Read more
COVID-19

The cases of SARS-CoV-2 exceeded one million in Iraq yesterday, Wednesday, a number that is unparalleled in the Arab world and is recorded in a ...
Read more