Although some rich, western countries have already vaccinated millions of people, many African countries have not yet secured doses and have not given a single vaccine. In some countries, such as Ghana and Rwanda, the World Health Organization's COVAX mechanism, the GAVI Vaccine Alliance, and others have managed to deliver several thousand doses.

"This means that I will die when God wills it because the coronavirus cannot kill me now," said Stephanie Nirankuritsa, 90, leaning on her cane after being vaccinated at a health center in the eastern suburbs of Kigali, Rwanda.

Η Rwanda is the first African country to use Pfizer vaccines, which are stored in deep cooling temperatures. The government of President Paul Kagame, who is proud of the technological progress it has made - although often criticized for its authoritarian methods - has set up special infrastructure to store these vaccines at the required temperature of -70 degrees Celsius. Rwanda has also received AstraZeneca vaccines through the COVAX mechanism and plans to vaccinate 30% of its 12 million inhabitants by the end of the year.

Η Νιγηρία, the most populous country in Africa, today began vaccinating doctors and nurses with the AstraZeneca vaccine. She hopes that 80 million people will be vaccinated this year, out of the 200 million of its total population.

"I want everyone to be vaccinated," said Ngong Ciprian, a 42-year-old doctor who was the first to get the vaccine, to the applause and cheers of those in attendance.

Nigerian President Muhammadu Buhari will be vaccinated tomorrow, Saturday, in a bid to boost public confidence in the vaccine.

Nigeria received 3,92 million doses of the AstraZeneca vaccine through COVAX on Tuesday, but this mechanism will cover only 20% of the population in some of the countries it supports. It is expected to receive at least 40 million doses from the African Union and another 100.000 of the Indian Covishield vaccine as a donation. 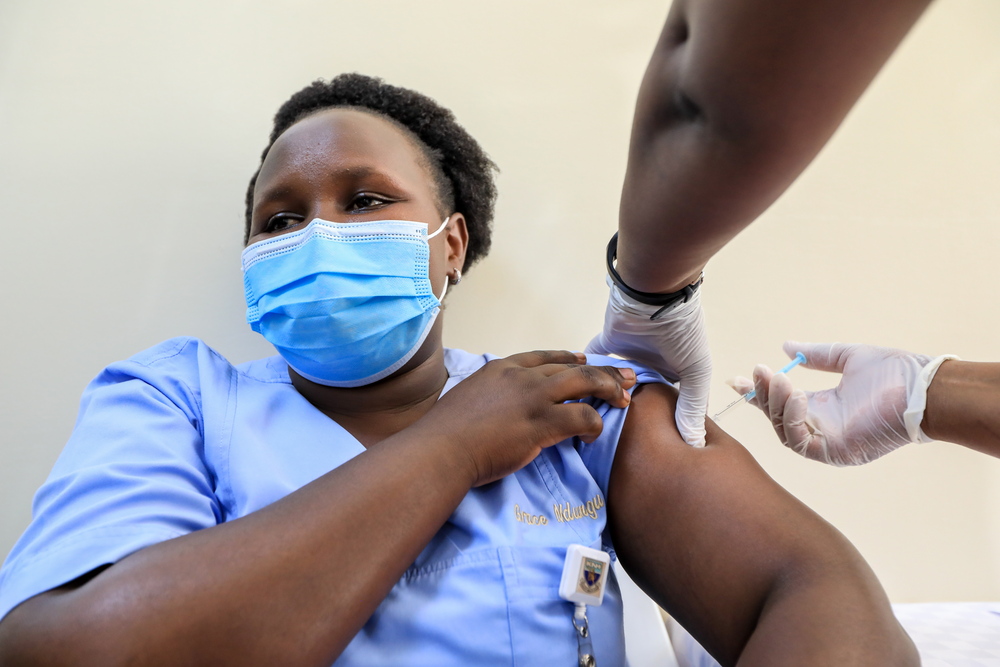 The Kenyans also welcomed the first vaccinations that started today, after Nairobi received 1 million doses through COVAX. "I feel great," said Patrick Amoth, director general of the Department of Health. "The vaccine is safe," he added.

Η Kenya, which seeks to revive its tourism-based economy, plans to vaccinate 1,25 million people by June and another 9,6 million in the next phase. "This may signal the beginning of the end of the pandemic," said Susan Motsachi, a senior health ministry official.

The neighboring Uganda received today a first batch of 864.000 doses of AstraZeneca vaccine and hopes to launch the immunization campaign on March 10th.

As of yesterday, Thursday, a total of nearly 4 million infections and 104.000 deaths from Covid-19 had been recorded in Africa. South Africa has been hardest hit, with 1,5 million cases and more than 50.000 deaths.

His intention to claim the anointing of the Christian Union (CDU / CSU) for the Chancellery, in view of the federal parliamentary elections of September 26, was expressed by ...
Read more