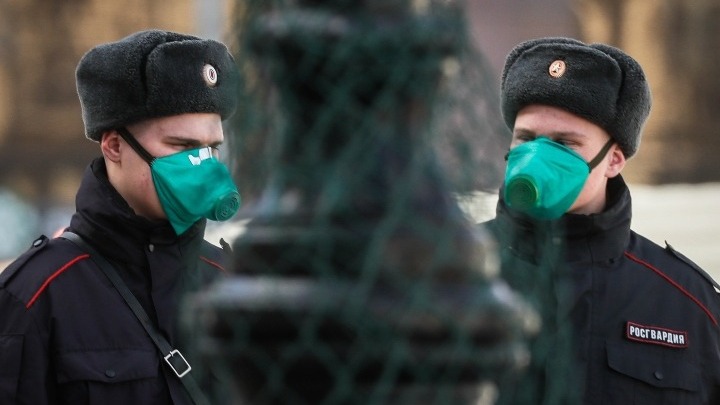 Russian law enforcement agencies have been launching an online recruitment advertisement for weeks since protests began in support of Kremlin critic Alexei Navalny, who is in prison.

Police using violence suppressed demonstrations involving tens of thousands of supporters Navalni and which take place throughout the Russian territory from January to early February, after returning Nabal to Russia from Germany and sentenced to punishment two and a half years in prison.

Since then, law enforcement has made hundreds of job postings on relevant job sites, such as HH.ru, which is run by Headhunter Group, Avito and Superjob.ru.

The Russian National Guard, known as the OMON, which is involved in all protests across Russia, posted ads for the Headhunter 1607 times between January 24 and February 24. . In the same period last year, they had made only 151 entries.

In the same month, Moscow's main police unit, known as the Second Special Regiment, made 608 headhunter registrations, up from 11 in the same period last year.

"No experience required," said an ad for police snipers for the Second Special Regiment on Headhunter's website, with a monthly salary of up to 70.000 rubles (791,5 euros).

The Russian Interior Ministry did not respond when asked to comment. The press service of the Russian National Guard said that the publication of advertisements for recruitment is "normal", without mentioning whether or not the number of advertisements has increased.

"Recruitment is not related to demonstrations"

According to Avito, the number of entries for recruitment in the rehabilitation units made between January 26 and February 25 was 3,7 times higher than the corresponding period last year, while the number of responses increased by 5,1 times, according to with information the company shared with Reuters.

Two OMON officials said in a telephone interview that the effort to recruit new people was not related to the protests but to the need to fill vacancies when some leave in search of new opportunities. Eight officers from the Second Special Regiment confirmed that the advertising campaign was much larger than normal.

One even told Reuters that "we have a great recruitment guide". Another officer said the intensive recruitment began after a decision was made about two years ago to increase staff.