Censorship on social media, SYRIZA complains with a question in Parliament 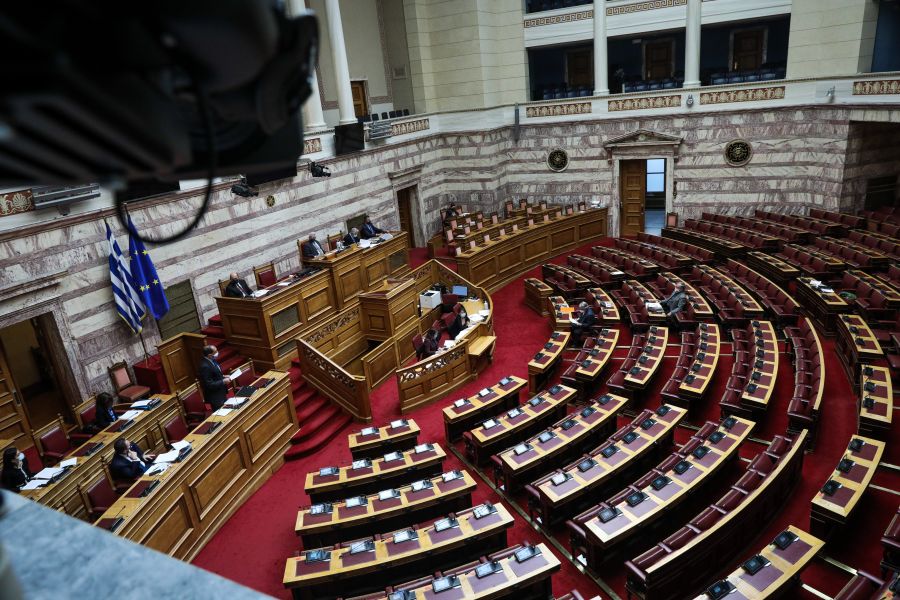 The Municipal Authority from the first moment dealt with the issue of the homeless and the results are visible. Today, in the city center there is ...
Read more

"Phenomena of precautionary censorship on Facebook", complain with a question submitted to the Parliament, 47 deputies of SYRIZA, headed by Euclid Tsakalotos, calling on the government to take an initiative at international level, for the unimpeded exercise of freedom of expression .

"According to Article 14 of the Constitution" Everyone can express and disseminate orally, in writing and through the press his thoughts in compliance with the laws of the State. The press is free. "Censorship and any other precautionary measures are prohibited."

However, in the last few days we have been witnessing an unprecedented and unacceptable censorship on social media, specifically on the facebook.com website.

In recent days, there have been a number of complaints about the removal of posts or even the "freezing" of user accounts, following posts about the hunger strike of prisoner Dimitris Koufontinas and the attitude of the Government and not his criminal action before his imprisonment.

More specifically, these users received messages such as "It looks like something you posted does not follow our Community Standards" or "Your post violates the terms of our community regarding dangerous individuals and dangerous organizations." There were also complaints of account restriction for seven days.

Indicatively, posts by professional photojournalists where they include the subject of their work have disappeared, as happened in posts by Marios Lolos, Tatiana Bolari, Lefteris Partsalis, Konstantinos Poulis and others. In fact, on 2.3.2021, an online event of the journalistic website ThePressProject was downloaded from the mentioned platform, in which the lawyer of the hunger striker, members of the Board of Directors, participate. of the Athens Bar Association and other lawyers.

The posts were aimed at protesting the government's handling of Dimitris Koufontinas' demands and hunger strike, and in no way encouraged dangerous actions or supported terrorist organizations.

The Hellenic Photojournalists Association issued an announcement on Tuesday (2/3) denouncing censorship of its members by the Facebook platform, while after mass reactions from users, the posts were restored with the media representative stating: "Although great progress is being made in the system For us, these do not cease to be imperfect, with the result that in some cases mistakes are made, as happened in this case. "The content that was accidentally removed was restored when it was found." The above fact proves the claim that there was - intentionally or unintentionally - censorship and not a violation of the terms of the community of the social networking platform.

The same kind of censorship was applied to hundreds of posts and comments by ordinary users. Indicatively, one of the comments censored was by the well-known author D. Sarantakos on the profile of the President of the Republic with the following content:

"Dear Mr. President of the Republic, it would be tragic for the country, unjust for you and a blow to the rule of law to tarnish your presidency with the first dead hunger striker.

"With all the courage of the great esteem towards you, I exorcise you to take a stand in favor of the rights of the hunger striker D. Koufontina."

This censorship occurs at the same time that citizens are locked in their homes due to a pandemic and the vast majority of the country's media are completely aligned with the government.

Facebook uses a combination of user reports, technology (AI algorithm) and human resources to reject content that violates its policy and terms of use. However, the intervention of the human factor makes indistinguishable the limits on when inappropriate material is removed and when censorship begins. Especially since Facebook is outsourcing partner companies to play the role of content manager or authorization control, questions of credibility and adequacy of these companies as well as independence from political expediency arise when they are de facto called upon to manage a fundamental conquest in the Republic. such as information and freedom of the press.

In Greece, for example, before the 2019 elections, Facebook has assigned the fact checking of the Greek news (fact checking) to the NGO Ellinika Hoaxes to a company that does not have the same specialization and experience with its respective Facebook partners in other countries. , such as AFP and the AssociatedPress.

In this context, the newspaper "AVGI" sent a question to the company Facebook and the Greek partner companies asking: By what procedure does facebook control the content? What role does your company play in this process?
• Have you noticed an increase in complaints from other users about such posts?
• Has a relevant keyword been included in the "algorithm" of facebook, as a result of which the posts that include it are automatically "cut"?

The above newspaper received the following response from Facebook:

"Terrorists, violent extremist groups and hate organizations have no place on Facebook and Instagram. In accordance with our policy on Dangerous Persons and Organizations, we prohibit members of terrorist organizations, such as Mr. Koufontinas, from using our platforms, and we exclude posts that endorse or support these individuals and their actions whenever we receive them. relevant knowledge. "Neutral stance regarding terrorist groups and informing the media about their actions are not against our rules."

And all this is happening while the European Directive 1808/2018, which was incorporated in the Greek legal order just a few days ago with law 4779/2021, protects the freedom of expression on the internet, "which is a cornerstone of any democratic system", the information and pluralism (for example, see Figs. 15 and 49 of the Preamble to the Directive)

The above must be seen in the light of the fact that the enormous inequalities recorded in who owns and how they use information have a dramatic effect on democracy itself. The increasingly explored gap of these inequalities is in stark contrast to democratic governance.

Censorship is an undemocratic and unconstitutional act.

Freedom of speech is a vital element of democracy.

Social networking sites are one of the few remaining sites where all views are freely expressed.

Protests in favor of the life of a hunger striker and the satisfaction of his request are in no way acts of applause for those convicted of terrorism or other criminal offenses.

The precautionary ban on publications - even those we would all condemn together - by a public or private body leads our democracy to very dangerous paths.

The following questions are asked:

1) Has any instruction / recommendation / encouragement been given, in writing or orally, to the Facebook company or to companies cooperating with it so that no comments / posts / photos are published related to current issues such as the hunger strike of D. Koufontinas?

2) Do they consider the phenomena of censorship unacceptable and condemnable? What actions will they take so that they will not be repeated?

3) Do they intend to take steps to ensure the smooth exercise of freedom of expression on social media and the internet in general? If so, what are they?

4) What initiatives does the Government intend to take, both domestically and internationally, in order to increase the accountability and transparency of the companies that manage a public space so important for the free and unhindered circulation of information and ideas? "How are civil rights and freedom of expression guaranteed?"

In words (done): An evening dedicated to the poet Bill Knott

N. Panagiotopoulos: There is no issue of selling EAS

"There is no issue of selling the Hellenic Defense Systems (EAS)", assured from the podium of the Parliament, the Minister of National Defense Nikos Panagiotopoulos, responding to ...
Read more
News Bulletin Athens 9.84

The monosodium vaccine against COVID 19 of Johnson & Johnson arrived in Belgium and France today and started to be delivered to its countries ...
Read more
COVID-19

A. Merkel: The third wave of the pandemic is perhaps the worst

"The numbers of coronavirus cases are" too high, "said Chancellor Angela Merkel, noting that the third wave" is for us maybe ...
Read more
WORLD

Russia: A firefighter dead and 2 injured in fire at historic St. Petersburg factory

A firefighter lost his life and two were injured during the extinguishing of a huge fire that broke out in one of the oldest factories ...
Read more
984

Johnson & Johnson: Vaccine deliveries to the EU have begun

"To defend the therapeutic action of KETHEA against the government planning", emphasizes in an announcement of the Open City. As she points out in her announcement: "The Open ...
Read more
984

A kiss from Athens, for a city with emotions. The Onassis Foundation presents the mural "The kiss" by Ilias Papailiakis in Avdi square ....
Read more
IT HAPPENS IN ATHENS

A virtual business aimed at offering help to high school students, who have not yet decided which school they want to be admitted to or ...
Read more
STREAMING

Online tours in Athens by OPANDA and the Museum of School Life and Education The Organization of Culture, Sports and Youth of the Municipality of Athens (OPANDA) and ...
Read more
IT HAPPENS IN ATHENS

Citizens in the Municipal ...
Read more