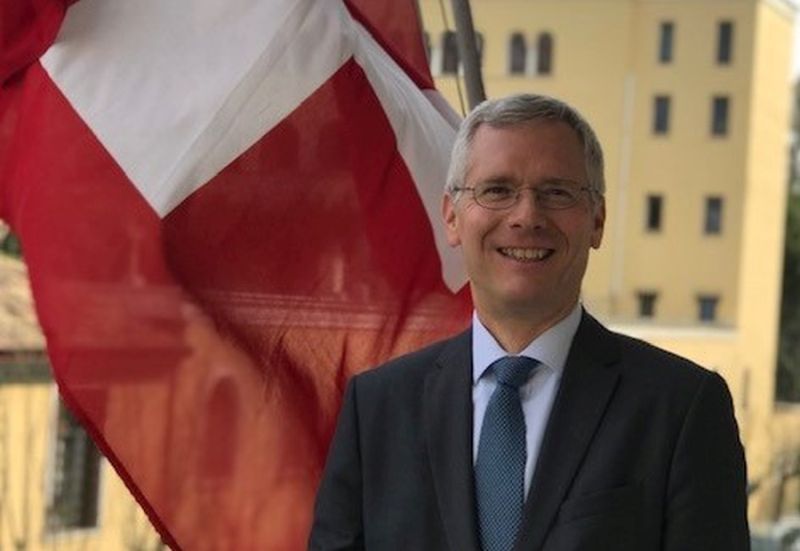 "Athens 9.84" in the context of events, actions and public dialogue on the events of the times, hosts articles by ambassadors from countries that have made a significant contribution to the development of the Greek Struggle. Along with the official recording of letters, archives and data that testify to the involvement of these countries in the Liberation, hundreds of citizens of these countries took part in the battlefields and many sacrificed their lives for Greece.

200 years later, the official representatives of these countries make an account but also a flashback to historical moments and decisions.

Olaf Kjelsen, Ambassador of Switzerland to Greece, speaks of Greece as the cradle of the Republic and the thinkers of ancient Greece who inspired a deep philhellenism in Switzerland.

"Many Swiss citizens, who love freedom and are committed to humanitarian values, were enthusiastic about the Greek Struggle for Independence. Assistance teams have been set up in major cities, such as Züricher Hilfsverein für die Griechen (Relief Society for the Greeks of Zurich), but also in villages in order to provide moral and material support for this purpose. Volunteers enlisted, paying even with their own lives, such as Johann Jakob Meyer, who died at the Exodus of Messolonghi. Some personalities played an important role in the new Greek state. THE Jean-Gabriel Eynard participated mainly in the creation of the National Bank of Greece in 1842, after financially supporting the Greek revolutionaries. THE Louis-André Gosse, who was involved in fighting the plague epidemic of 1827, was commander-in-chief of the fleet.

The Greek struggle continued to generate charitable support in Switzerland. During World War II, Switzerland undertook many missions as protective force for occupied Greece. As part of the International Committee of the Red Cross, the Swiss helped the civilian population and tried to improve the situation of political prisoners and civilians. That's it 1967, a strong movement against the authoritarian regime of the colonels, fueled by the Greek exiles, led to the creation of a Swiss commission in Bern for the return of the Republic to Greece.

Today, many people continue to work for the development of economic, cultural, social and of course interpersonal relations between the two countries.

On Saturday, April 24, the two traffic streams at the height of the tunnels (Karamanli Holes) in Varkiza are delivered to traffic.

France, Britain and Germany made "progress" today in the negotiations for the rescue of the agreement on the Iranian nuclear program, but underlined that ...
Read more
WORLD

Spain: Together for animals in the event of divorce

Who keeps the dog or the turtle in case of divorce? A bill in Spain aims to clarify such differences, making them ...
Read more