German sub. Foreign Affairs: Turkey should stop the challenges to Greece and Cyprus 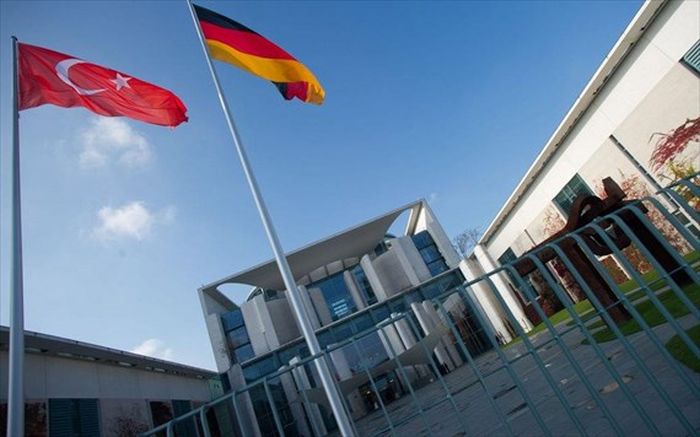 German Deputy Foreign Minister Michael Roth calls on Turkey to stop provocations against Greece and Cyprus and drilling in the eastern Mediterranean, stressing that "Greece must know that we are on its side when Turkey threatens its integrity and that of Cyprus ".

In an interview with Die Zeit, Roth stressed the need to continue the Greek-Turkish dialogue process and, referring to EU sanctions against Ankara, said that "if EU member states, such as Greece, are challenged and are threatened about their safety, then a clear answer is required. "

With a view to the forthcoming European Council, Mr Roth, referring to recent statements by Turkish Foreign Minister Mevlüt Çavuşoλουlu about a "new chapter" in relations with the EU, spoke of "only pleasant words". "It simply came to our notice then. Turkey must show work. The deepening of the Customs Union or the visa facilitation that the Turkish government wants, are not gifts of generosity.

Specific conditions must be met for them. "The issue of rapprochement is in the hands of President Erdogan himself and his government," he said, when asked if new sanctions would be imposed. "It will depend crucially on whether the 'rhetorical spring' ", As he characteristically says, something specific from Ankara 's side will follow. "The process of dialogue with Greece must continue. "Turkey must stop test drilling in the eastern Mediterranean and the challenges to the detriment of Greece and Cyprus."

Greece must know that we are on its side

Asked about the different approaches to the EU policy towards Turkey, Michael Roth explained that the impression in Ankara that the EU could split should not be allowed. "Greece must know that we are on its side, when Turkey partially questions the integrity and sovereignty of Greece, but also of Cyprus," he continues. He acknowledged, however, that "the EU, as a community of liberal democracies, still finds it difficult to respond appropriately and effectively to nationalism and populism."

Regarding the possible "special responsibility" of Germany, the Deputy Foreign Minister explains that no other EU country has such close human and cultural ties with Turkey, as more than 3 million people in Germany have Turkish roots, while stating that sections of the Turkish community in Germany are still deeply divided - many are more religious and followers of Tayyip Erdogan, while others - including within the SPD - have a particularly secular orientation and strongly reject his policies in many areas.

"That is why Germany has a special responsibility and a special interest in ensuring that the climate will not be further poisoned," he said. At the same time, he categorically rejects the speculation that Berlin has a passive attitude towards Ankara: "We are anything but passive. We are in constant contact with Turkey, civil society, the government and the opposition. And I can assure you: Talks with the Erdogan government are not always pleasant. We say things by name. We clearly show our limits, where this is necessary and we turn to cooperation, where this is possible. Turkey is at the top of our list of priorities. "Germany in particular has achieved a lot in terms of engagement and commitment."

The accession negotiations are on ice, but they have not stopped

Asked about the EU accession negotiations with Turkey, Mr. Roth said that they have been "on ice" since 2016, but the fact that they are not interrupted is mainly an important message to Turkish civil society. "We do not want to leave all those who long for European values ​​alone in the struggle for democracy, the rule of law and human rights. "Turkey is more than just President Tayyip Erdogan and his government," he said, noting that EU membership was not just about security interests.

"The EU is a community of law and values. President Erdogan's current policies are incomplete or inadequate, especially on human rights issues. That is why it is not possible for the accession negotiations to proceed. But a narrative that the Turkish President keeps repeating is: The EU does not want us at all. They never wanted us. I believe that for this reason, too, we should not fall into the trap and close the door completely ", he adds and continues:" I have always been in favor of maintaining the accession perspective. For the sake of the Turks who love freedom. But you will surely notice that I also have doubts every now and then ".

However, at the same time, Michael Roth expresses the view that "something has started to move" in Turkey and points out that in recent years, the AKP majority is no longer as stable as it once was, while in big cities such as Istanbul, its politicians rule opposition. In addition, the financial situation is tense and many long for a certain perspective for a better future. "The desire for change, freedom and democracy exists. "That is why it is even more important that we continue to build resilient bridges with civil society and not move away from Turkey now."

The evolution of the refugee agreement is necessary

Referring to the EU-Turkey refugee agreement, Mr. Roth acknowledged, on the one hand, that there is currently no consensus in the EU on the reception of refugees, but on the other, points out that no A country in Europe that has not received as many refugees as Turkey has welcomed - a total of about 4 million people, who, as he says, usually receive good care.

"In any case, I would not argue that refugees are always treated much better in the EU than in Turkey," he said, describing the agreement as necessary to further improve the refugee situation in Turkey. "What many overlook is that the billions of euros we used to help Turkey receive refugees did not go to the Turkish state budget, but to NGOs, health, education, work and refugee housing," he said. the German Social Democrat.

Answering a question on the Common Asylum Policy, Michael Roth expressed his disappointment that the EU has not yet been able to launch a progressive Common Asylum and Refugee Policy based on shared responsibility, solidarity and humanity. The German Presidency of the Council has not been able to reach the goal, it will be extremely difficult to have a successful end in the coming months. "The differences between the Member States still simply remain large," he explains. He even reveals that during the previous six months he spent many weekends calling his counterparts and asking them if they would be willing to receive another 50 or even 10 refugees. "Dealing with refugees is the Achilles heel of the EU," he said.

Respect the rulings of the European Court of Human Rights