Scientists: We are not close to the answer to the origin of the virus 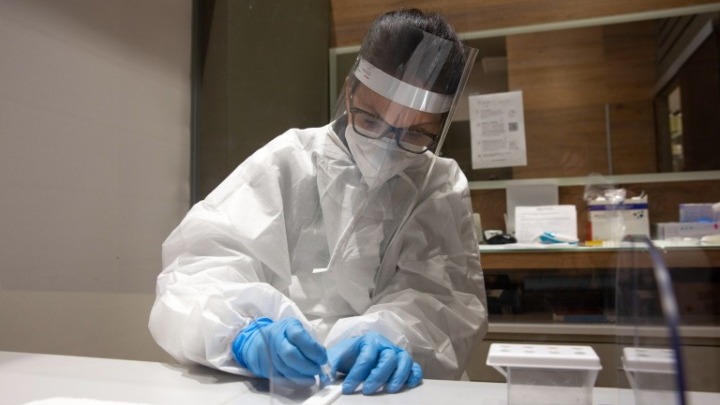 Despite a high-level visit to China by a team of international experts in January, the international community is nowhere near knowing the origins of Covid-19, according to one of the authors of an open letter calling for a new pandemic investigation.

"At this point we are no further than we were a year ago," said Nikolai Petrovksi, a vaccine specialist at Flinders University in Adelaide, Australia, and one of 26 experts from around the world who signed the open letter, which was published yesterday, Thursday.

In January, a team of scientists selected by the World Health Organization (WHO) visited hospitals and research institutes in Wuhan, the city in central China where the coronavirus was identified, in search of evidence of the origin of COVID-19.

But the mission came under fire from critics, with critics accusing the WHO of relying too heavily on politically motivated Chinese field research and data.

Team members also said China was reluctant to share critical data that could indicate that COVID-19 was circulating months before it was first identified.

The open letter states that the WHO mission "did not have the mandate, independence or necessary access to conduct a full and unrestricted investigation" into all theories about the origin of COVID-19.

"All possibilities remain on the table and I will still have to wait to see a fragment of independent scientific data that excludes any of them," Petrovsky said.

Informing reporters at the end of the WHO visit to Wuhan, the head of the mission, Peter Ben Ebarek, seemed to rule out the possibility that the virus escaped from a laboratory in Wuhan.

But Petrovsky said it "made no sense" to rule out any possibility, and that the purpose of the open letter was to "let the world know that no one has yet identified the source of the virus and that we should continue to investigate." .

"We need an open mind, and blocking certain paths that are considered very sensitive is not the way science works," he said.

G. Papatheodoridis: The majority of citizens are positive about the Donation of Organs

Organ and Tissue Donation is the leading form of voluntary offer to fellow human beings while the dissemination of the idea of ​​transplantation depends on an important ...
Read more
WORLD

Following the consultation of the Prime Minister, Kyriakos Mitsotakis with the Minister of Health, Vassilis Kikilias, vaccinations will take place on Good Friday, Holy Saturday and ...
Read more
SPORT CITY

EuroLeague: Efes and Armani for the 2-0, for the draw Real and Bayern

The second matches Anadolu Efes - Real Madrid and Armani Milano - Bayern include the program of the day for the EuroLeague Playoffs. At 20:00 ...
Read more
GREECE

Prime Minister Kyriakos Mitsotakis announced five tax and insurance reliefs for employees and companies during a government meeting via teleconference on ...
Read more