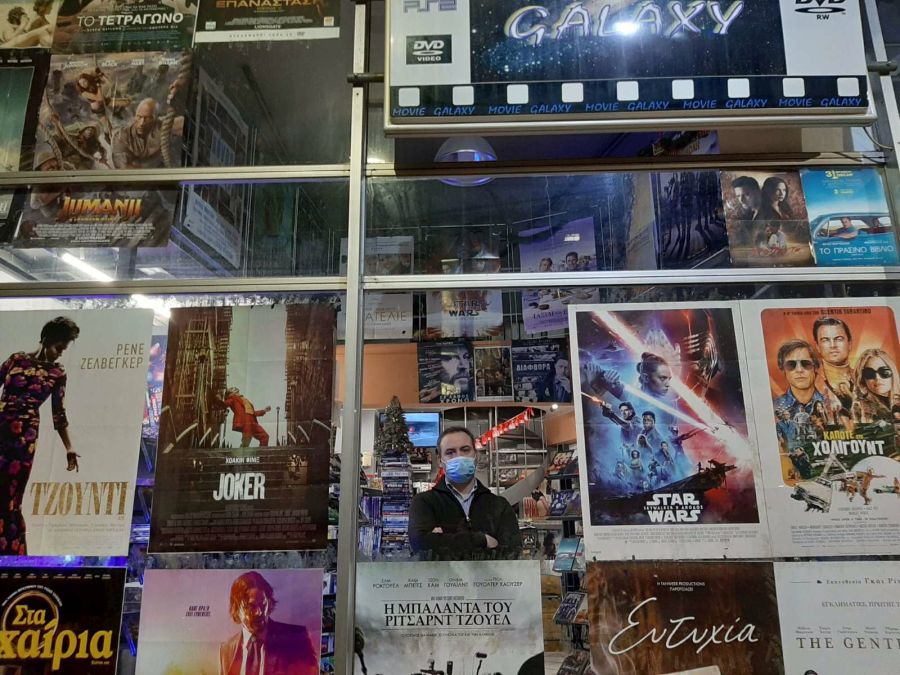 Cinema connoisseur and film fanatic Lefteris, owner of Movie Galaxy in Exarchia, has been doing his dream job since 2006.

When asked how many DVDs he has, he can not answer exactly "more than 30.000 anyway", as he says. Always informed about the new releases but mainly a collector of sought after classic festival films, he has managed to become a point of reference for the cinephile audience in the center of Athens and beyond.

Communication with each customer is personal and their success is based on the fact that they have managed to know what you would like to see, before you even see it. The customer profile can be divided into two categories. The first includes those who do not know how to download movies and the second those who do in terms, which are most. Its clientele includes actors, directors, students and ordinary movie buffs who want to see something different from Netflix.

Lefteris in the period before the lockdown was open all day, until late at night all year round, except for 2 days at Christmas and 3 on the XNUMXth of August which closed to rest.

The lockdown was the first big gap

Lefteris, understanding the need of his customers for good films, since he sees at least two every day, decided to distribute the films himself. The process is simple. With a phone you select the movie and in a few minutes it will be at your door, reverently observing all the necessary protection measures against the new coronavirus. It is noted that the return of the films is done through a box. 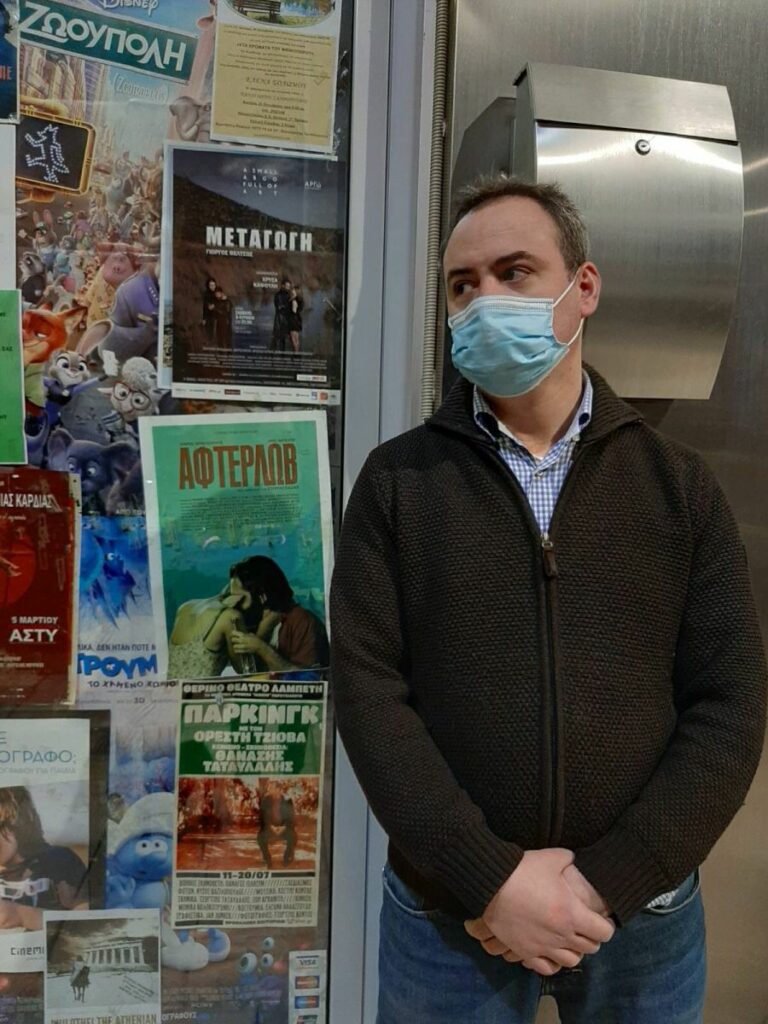 Asked if the quarantine has affected the type of films his customers choose, he says "in a way, yes. They definitely choose more enjoyable movies but also more classic ones, or movies that they did not have time to watch. "Tarkovsky, for example, is in great demand."

But everything, as Lefteris says, is communication. "Even over the phone, customers have the opportunity to talk to someone about things that interest them." In fact, as he said a series that had not stood and the occasion to meet his wife. "He came and asked me for a series, which I did not have. The first shock. The second was the knowledge he had about the films, it was really impressive ".