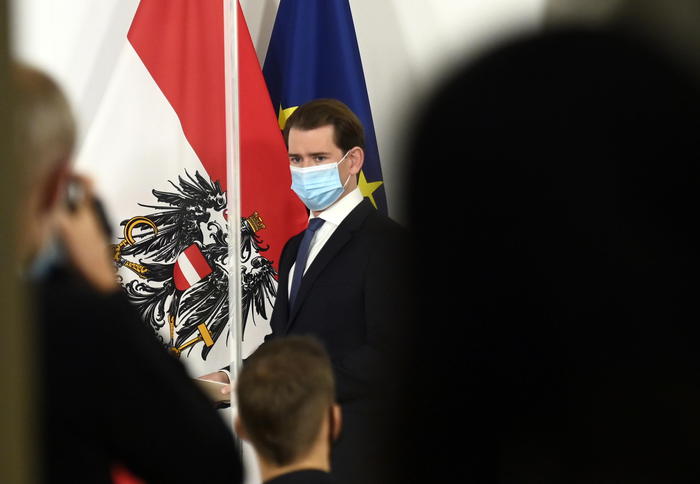 During his brief visit to Vienna, Kirill Dmitriev, head of the Russian Direct Investment Fund for the promotion of the Russian Sputnik-V vaccine against coronavirus, met today in the Austrian capital with the Russian government.

The Federal Chancellery in Vienna confirmed the relevant news of the Russian news agency TASS in the afternoon.

"The director of the Russian Direct Investment Fund (RFPI) Kirill Dmitriev was in Vienna for several hours to meet with Austrian partners. "The negotiations took place in a constructive and productive atmosphere," TASS quoted Russian Ambassador to Austria Dmitry Lubinski as saying.

With today's meeting between Sebastian Kurtz and Kirill Dmitriev, Austria and Russia continued intensive contacts regarding the possible delivery of the Russian Sputnik V vaccine as well as its possible production in Austria.

Just last Friday, February 26, the Austrian Chancellor had a telephone conversation with the President of the Russian Federation Vladimir Putin, during which they discussed the possibility of Austria obtaining the Russian vaccine Sputnik V production, but also a vaccine, as announced by the Kremlin.

"Coronavirus treatment issues were discussed in detail, as well as the possibility for Austria to obtain the Russian Sputnik V vaccine, as well as the organization of its co-production," the Kremlin said in a statement, noting that the initiative from the Austrian side.

Already, two weeks ago, the Austrian Chancellor stated that he wanted the Russian and Chinese coronavirus vaccines to be produced in his country, noting that "if the two vaccines were approved, Austria would definitely try to make the domestic companies for Russian or Chinese vaccines, as well as other countries ”.

He also said he would be vaccinated with the Russian Sputnik V vaccine or a Chinese vaccine if the vaccines were approved in Europe, noting that "vaccines only count on effectiveness, safety and rapid availability, not geopolitical conflicts ”.

"If the two vaccines are approved, Austria would definitely try to make the production capacities of domestic companies available for Russian or Chinese vaccines, as well as other countries," he said. as soon as possible - regardless of who has developed it ".

Criticizing the "currently inadequate supply" of European Union citizens with vaccines, the chancellor has blamed mainly delivery difficulties, as well as their "speed of approval", calling it "problematic how bureaucratic" and the European Medicines Agency is working slowly on approving the vaccines ”.

The Austrian Chancellor has repeatedly stated that "we must prepare for further mutations and no longer have to depend solely on the EU for the production of second generation vaccines".