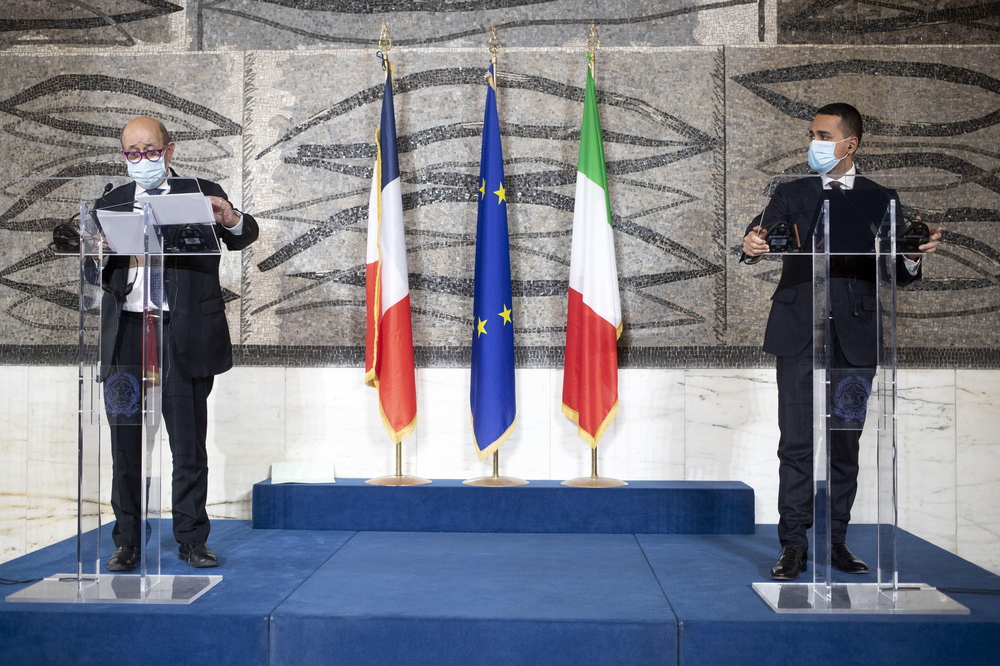 Italian Foreign Minister Luigi Di Maio met today in Rome with his French counterpart, Jean-Yves Le Drian, with whom he discussed issues of bilateral interest, developments in dealing with the coronavirus pandemic and the situation in the Mediterranean.

Regarding the Italian government's decision to block the export to Australia of 250.000 bottles of the AstraZeneca vaccine packed in an industry near Rome, Di Maio said: "This is not a hostile act against Australia. We are simply applying a regulation of the European Union, which was adopted on 30 January. "As long as there are delays on the part of the pharmaceutical companies that have signed agreements with the Commission, it is right for the Member States of the European Union to block exports to countries that are not considered vulnerable."

The French Foreign Minister, for his part, wanted to send a new message to the Ankara government and stressed: "As far as Turkey is concerned, we referred to the need for concrete actions by Ankara, so that there is a tangible commitment. in favor of dialogue ". "We have found that messages of recession are beginning to emerge in the eastern Mediterranean, which are potentially promising," Di Maio said.

At the same time, Le Drian added that "Italy shares the French goals for stability and cooperation and supports France's accession to the EastMed Gas Forum".

During their meeting, the two ministers also discussed the situation in Libya, referring to the importance of the "Peace" mission, as well as the meeting of the House of Representatives, which, in three days, must give a vote of confidence to the Government of National Unity. Libya. The Italian Foreign Minister stressed that it is important that the elections take place on December 24, as decided by the Libyans themselves, and that the ceasefire agreement of October 23 last year be fully implemented. "Including the complete withdrawal of foreign fighters and mercenaries from the country."