"Until we meet again…": The new digital campaign for Athens amid a lockdown 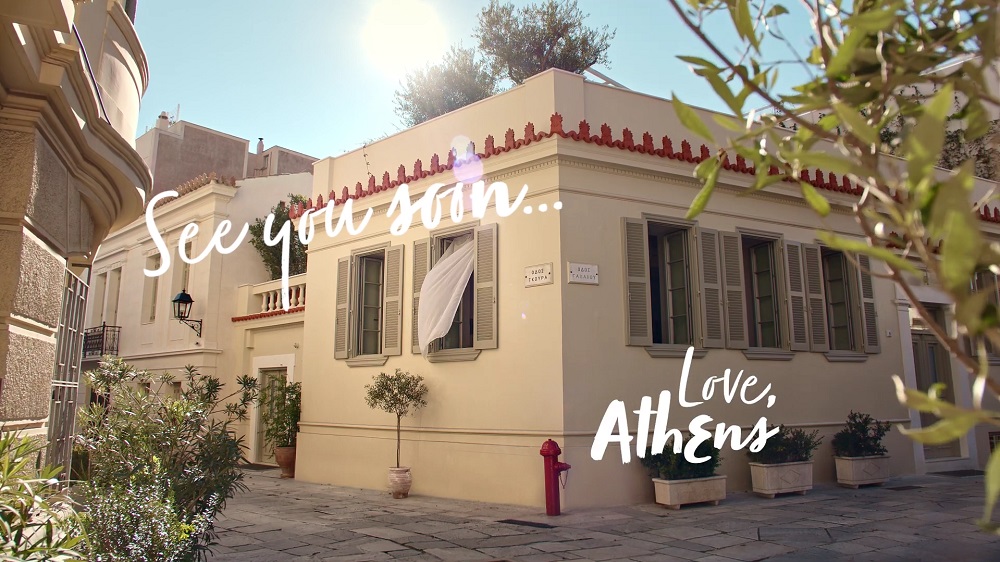 Inspired by… letters full of anticipation, which were exchanged during times of great trials, the campaign has been designed taking into account the current conditions: It is addressed to the lovers of Athens abroad, with messages of anticipation and optimism, until we can all meet again. The campaign, which bears the signature "Love, Athens", aims to evoke feelings of nostalgia in visitors, thus developing a "personal" relationship between them and the city.

The six short videos, which present characteristic features of Athens, such as the Statue of Athena at the Academy Building, the Odeon of Herodes Atticus, the Panathinaiko Stadium and Plaka, are inspired by life in the city, Culture, Art, Architecture and its History. The campaign, which is available digitally in three languages ​​(English, French and German), targets audiences in Central and Western Europe, mainly the United Kingdom, France, Germany, Austria and Switzerland.

You can see the six videos at the following links:

The "This is Athens & Partners" partnership

"Love letters from Athens" is implemented by the partnership "This is Athens & Partners", in the context of the strategy for the development and promotion of Athens as a destination in international markets. The Municipality of Athens through the Development and Tourism Promotion Company (EATA) collaborates with the Association of Greek Tourism Enterprises (SETE) through Marketing Greece, AEGEAN, Athens International Airport, Lampsa SA, Lamda Development and the Ionian Hotels Enterprises SA, contributing through this dynamic cooperation to the stimulation of economic activity and the creation of new jobs in the city.

From 2018, a strategic plan is implemented (2018-2021) for the development of the destination with investments and actions for the upgrade of the public space, for the management of the destination as well as for its promotion and promotion with the aim of promoting the identity of Athens in international markets. The development plan of the partnership "This is Athens & Partners" is centrally coordinated by EATA and is implemented in collaboration with Marketing Greece of SETE. 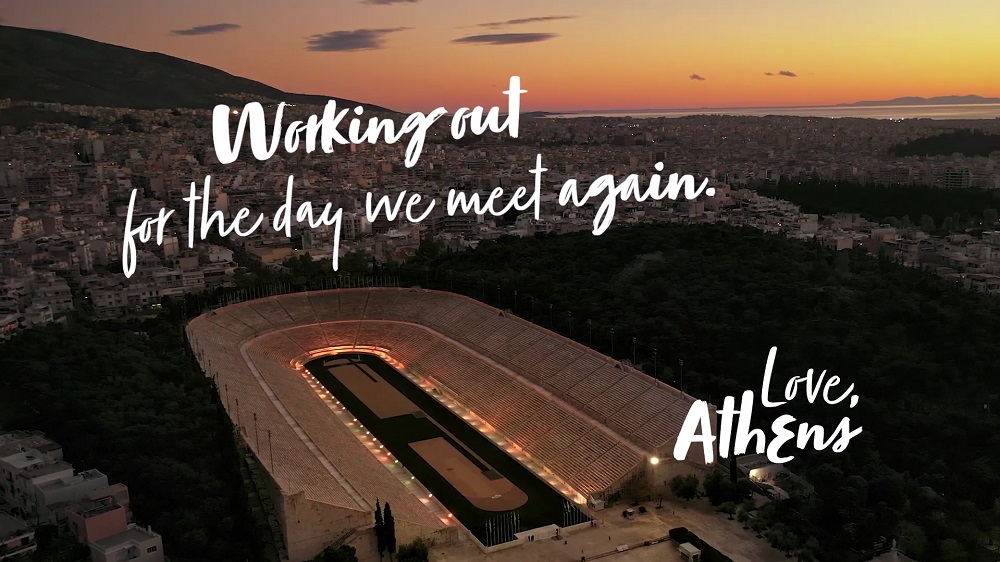 In a statement, the Mayor of Athens, Mr. Costas Bakogiannis, emphasizes: "In such a difficult period, Athens declares its presence in world tourism. With strong collaborations and preparation that make it ready to welcome visitors again, when conditions allow. With this campaign, we send the message to everyone that the Greek capital is adapting its strategic planning to the new data and is ready to play a leading role in the new map of tourism, as it is being formed ".

For his part, the President of SETE, Mr. Giannis Retsos, points out: "The next day for the targeted promotion of our tourism product should be the result of synergies and collaborations. The new digital campaign for Athens - with a reference point the capital that declares itself ready to welcome the traveling public - conveys a message of readiness and optimism. The tourism strategy adapts again this year to the new data, the new era and the modern trends, utilizing all the tools at its disposal ".

In a statement, Ioanna Dretta, CEO of Marketing Greece, states: "Athens declares the" present "and with an ingenious narrative reminds the international traveling public of the reasons that make us love it. The aim of the "Love Letters from Athens" campaign is to promote the personality of the city and to send a message of anticipation and optimism for when the city meets its visitors again. Once again, "This Is Athens and Partners", the longest lasting, in financial terms and most substantial public-private partnership in the country, proves through this new campaign that joining forces is the only vehicle for the next day of Greek tourism ".

Mr. Eftychios Vasilakis, President of AEGEAN, stated in this regard: "It is particularly important and in the midst of the current unprecedented treaty, the large partnership of" This is Athens & Partners "to continue to create the conditions for the establishment of Athens in the top tourist options internationally. Together, we have already achieved a lot in the past years and we can win again this year in the preference of the visitors. We believe in Athens and we have not stopped for a moment to systematically invest in the dynamics of the destination, not only with the development of our network and the strengthening of interconnection all year round, but also by participating in every effort that creates new reasons to visit the city. We have the readiness, the optimism and the anticipation for this summer, to travel everyone again to the city they love ".

For his part, the CEO of Athens International Airport, Mr. Giannis Paraschis, points out: "In these particularly adverse conditions for tourism in Athens, we continue with a sense of increased responsibility, in the context of" This is Athens & Partners ", the realization of our joint effort to promote and promote our destination with a very fresh and creative approach that invests in the return of the visitor to our city ".

The CEO of "LAMPSA SA", Mr. Tassos Homenidis, states: "Athens is a destination based on extroversion, authentic hospitality, the fascinating relationship between cultural heritage and modern social life. These characteristics win over its visitors and acquire special importance in times of crisis, which change the social and economic daily life. The "Love Letters from Athens" campaign highlights them and fuels the optimism and expectations in anticipation of the fulfillment of the travel "again".

Mr. Odysseas Athanassiou, CEO of Lamda Development, emphasizes: "We live in a city known for its history and culture of thousands of years, which today invites the visitor to discover its dynamic, modern face. Our vision at Lamda Development is to reposition Athens on the global investment and tourism map, highlighting its unique characteristics, its past, present and future. In order to ensure the dynamic promotion and promotion of Athens as a destination in the largest markets internationally, we continue to collaborate with important actors of the city through the partnership of "This is Athens & Partners", and to support its work ".

The Chairman of the Board of Ionian Hotel Enterprises SA, Mr. Achilleas B. Konstantakopoulos, on his part points out: "Athens is a vibrant modern city, with rich history and cultural heritage. An ideal place to visit, live and work. Today, in a period of multiple challenges for global and of course Greek tourism, it is even more imperative that public and private actors join forces to achieve our common goal: The emergence and gradual establishment of Athens as a leading European destination for the whole year. That is why it is our great pleasure to participate, through the "This is Athens & Partners" partnership, in this original digital campaign, sending a message of optimism and anticipation for the moment when we will welcome its visitors again ".

G. Gerotziafas. If we start telling the world we are done with the virus we will only succeed in destroying our countries

The Minister of State and Digital Governance Kyriakos Pierrakakis was elected by the OECD as President of the Global Strategy Group. His election will be ratified formally by ...
Read more
200 YEARS OF HISTORY

The Foundation of the Hellenic World participates in the celebrations for the 200th Anniversary of the National Polygenesis with a Panhellenic Art Competition "Discovering History ...
Read more
News Bulletin Athens 9.84

Resurrection at 9:00 on Saturday night is proposed by the Permanent Holy Synod. The hierarchs also suggest the time shift of all the Sequences of ...
Read more
984

An extraordinary teleconference will be held at 17:30 by the subcommittee of epidemiologists in order to examine the latest epidemiological data of the coronavirus course in the country. Tomorrow...
Read more
GREECE

The recovery of transplants in Greece is complete, says EOM

The coronavirus pandemic has sharply and dramatically increased the burden on the health systems of all countries, often leading to inevitable negative effects on the treatment ...
Read more