Lesvos: Parents and students closed the high school in Ippios, reacting to the operation of the SPA class (refugees) 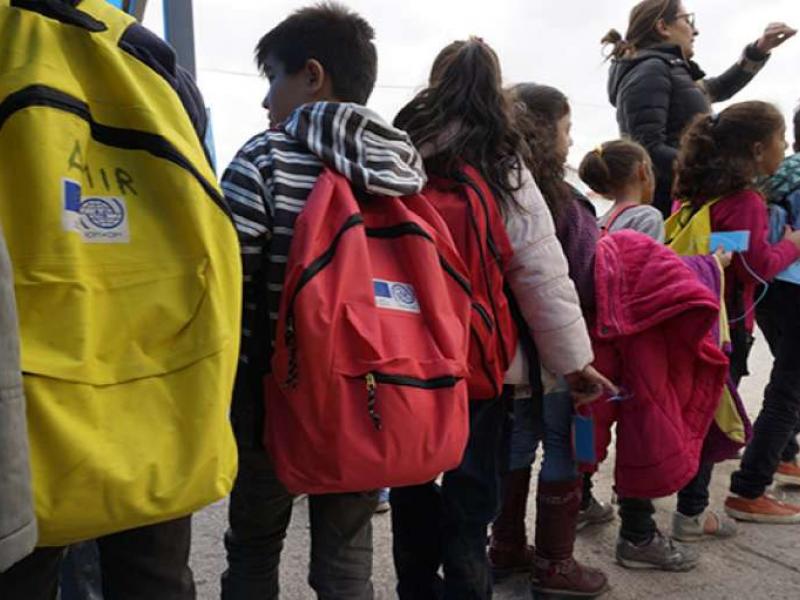 Students and mainly parents from the surrounding area closed the high school in Ippios, Lesvos, today, reacting to the operation of the SPA (Educational Priority Zone) of education, ie refugee children at school.

In fact, they occupied the road leading to the school, preventing the passage of the bus, which transported to the school from the structure where they live in the city of Mytilene, eight children aged 13 to 16 years (born from 2005 to 2008) who, like other minor children refugees, who attend other schools in Mytilene, are supervised by a Prosecutor's order.

The protesters claimed that 25-year-olds would attend the school and the rest of the children's classrooms. It should be noted that the reactions started yesterday with the abstention of about half of the students and continued today with the closing of the school.

The SPA class at Ippios High School, like all other SPA classes in Lesvos, operates by decision of the Regional Directorate of Education of the North Aegean.

Thousands of Iraqis, including many supporters of Moqtada al-Sadr, responded to the call of the Shiite leader and demonstrated today in Baghdad and other Iraqi ...
Read more
GREECE

Drama: An elderly man was found dead after a fire

The body of an elderly man was located by firefighters during the extinguishing of a fire on the ground floor in Agios Athanasios of the Municipality of Doxatos, Drama. According to the Fire Department ...
Read more
News Bulletin Athens 9.84

"The vast majority of Greeks and Turks want a peaceful settlement of the differences between the two peoples, on maritime issues such as the Aegean and the Mediterranean", ...
Read more